KUALA LUMPUR, March 12, 2013 (AFP) – Abu Dhabi struck deals worth billions of dollars with Malaysia on Tuesday, a state-owned company announced, as Kuala Lumpur seeks investment to boost the economy before polls due by June.

The facility will be able to store 60 million barrels of crude oil and petroleum and is for Abu Dhabi’s sole use, said the company. 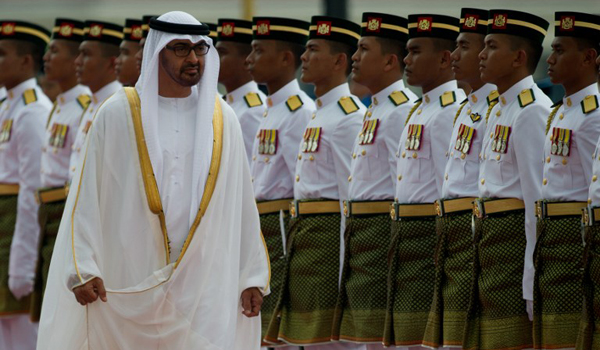 Najib, who is facing what are expected to be his coalition’s toughest elections ever against a resurgent opposition, has sought foreign investment as part of his aim for Malaysia to achieve “developed-nation” status by 2020.

But critics of his policies have pointed out that some previous investment plans announced amid fanfare eventually crumbled as foreign investors balked at preferential treatment for government-linked companies.

The foreign ministry said in a statement before the crown prince’s visit that trade and investment between Malaysia and the UAE has seen “tremendous” growth in recent years.

Last year, the UAE was Malaysia’s largest trading partner in the Middle East with total trade amounting to $8.0 billion, up from $6.8 billion in 2011.

Oil-rich Abu Dhabi is the capital of the UAE, a federation of seven emirates.