Muslims living with HIV/AIDS are a neglected and stigmatized community. Hakeemah Cummings speaks to the founder of Reaching All HIV+ Muslims in America (RAHMA), who is working to raise awareness in the community.

Passion is a force that drives motivated individuals to create remarkable changes in the world. It is the only encouragement that true leaders need to push forward from within. Khadijah Abdullah, founder of Reaching All HIV+ Muslims in America (RAHMA) and a dear friend of mine, is that kind of leader. After being inspired by her friend who had contracted HIV, she became active in volunteering and advocating for those living with HIV/AIDS. After meeting an HIV+ Muslim for the first time, she decided something had to be done within the Muslim community to help this neglected population. Since establishing RAHMA in 2012, Abdullah has worked tirelessly to raise awareness of HIV/AIDS within the Muslim community by organizing educational workshops, offering free testing sites, speaking at various conferences from California to Washington DC, presenting research at conventions, and launching a peer health education program for Muslim youth. I sat down with her to learn more about her organization, the challenges she’s faced, and future plans for RAHMA.

Why did you choose the name RAHMA for your organization?

Khadijah Abdullah (KA): The word “Rahma” is an Arabic word meaning “mercy”, but it’s much more than that. One of Allah’s names is Ar-Rahman (The Merciful), and the Prophet Muhammad (peace be upon him) was merciful and kind to all living things. We all need to aspire to this level of character. Too often we are quick to judge others, we turn people away because of how they look, their lifestyle, or where they’re from. This is a major issue affecting people with HIV/AIDS. There is a lot of stigmas attached – this stigma affects whether individuals will seek proper treatment and whether they will receive the treatment they deserve. We tend to look down on them, blame them for their infection, and we deny them the mercy they deserve. We can all make a difference in others’ lives just by being kind and understanding. We were inspired by the concept of mercy and then created the corresponding acronym.

What was your inspiration for establishing RAHMA?

When I was in college I worked as a Certified Nurse’s Assistant at a local hospital. My job was to help the nurses with various care-giving duties – helping to administer medicine, change bedclothes, take patients to the bathroom, clean up after patients – you name it. One day, I was assigned a patient who was also my friend from high school. I learned that he was HIV+. This news was surprising and I realized how little I knew about the virus.

During high school, I was very ignorant about HIV and AIDS. I thought that people with HIV were disgusting and that I could get sick from breathing in the same space as them. Even when I began working in healthcare, I was still ignorant about the virus and the disease it can cause. But when I learned of my friend’s HIV status, I decided to educate myself. I volunteered with HIV/AIDS awareness groups in the community and organized the first AIDS Awareness Week ever on my college campus.

One day, a Muslim brother living with AIDS was admitted to the hospital. He was full of anger and resentment about how the disease had affected his life. As a Muslim, I felt that he should be able to come to other Muslims for help, but he was alone. After befriending that patient, I saw his demeanor change. The fact that his Muslim sister was there for him was all he needed to change his mindset about his battle with AIDS. I realized that a concerted effort was required to address the needs of fellow Muslims living with HIV/AIDS. Thus, with the help of a few friends, RAHMA was born. 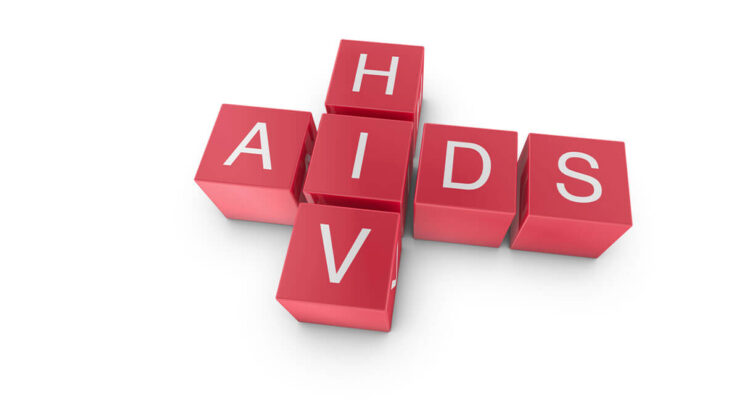 HIV is primarily a sexually transmitted infection (STI), and can also be passed through blood and even breast milk. Generally, people tend to focus on the fact that HIV is an STI, and it may become a touchy subject, especially in the Muslim community. Our religion prohibits sex before marriage, adultery, drug usage, etc. What has been your biggest challenge in addressing these issues?

Overall, the Muslim community has been receptive to our work. We have not faced much resistance to partnering with Islamic organizations and mosques to facilitate our work. Although this is true, I find that when people initially learn of our organization, the biggest issue is denial. People don’t want to believe that HIV affects our community. “But that doesn’t happen to us…” is something I’ve heard too many times. The fact is, it does happen to us. In the US, a large number of Muslims revert to Islam and are already living with the virus. Furthermore, Islam is perfect; Muslims are not. Individuals who are already Muslims also may contract the virus in a variety of ways, including risky behaviors. Also, let’s not forget those who are born with HIV, who have contracted the virus from being breastfed by an HIV+ mother, who has survived rape by an HIV+ assailant, or who have contracted the virus from an unfaithful spouse. The issue is not how these Muslims became HIV+, but rather what can we do to help them if they are and prevent our statistics from increasing. This can be done through education, advocacy, and empowerment. 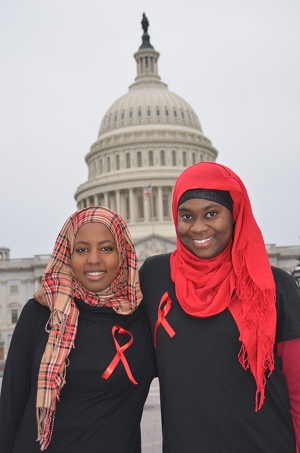 Another issue is funding – we need money to be able to continue the work that RAHMA does. Alhamdulilah, doors are beginning to open up, but to become sustainable, these programs need constant funding. Insha’Allah, we hope to continue to build partnerships that will facilitate this for us.

RAHMA has done some wonderful programs and workshops in the past. You’re always thinking of new ways to advance RAHMA’s reach – what does the future hold for your organization, insha’Allah?

We hope to have our own office building in the future, insha’Allah. Having our own space will allow us to carry out much-needed work at a central location. We hope to be able to work with a full staff – complete with a research team to conduct research and publish our findings, medical professionals to offer basic healthcare services, and personnel to offer other services, such as training, support, and even marriage connections. We also would like to fully launch our Project Imam program in which we will work with Imams of partnered mosques to create safe zones for those living with HIV and other STIs to access the support they need. This will all be possible through the grace of Allah and the aid of the Muslim community.

There is so much more to be said about Khadijah Abdullah and her team of enthusiastic RAHMA volunteers. Muslims living with HIV/AIDS have reached out to her from all over the US, hoping to find the support they’re in need of from the Muslim community. RAHMA is working hard to address their needs. If you would like to learn more about RAHMA, please visit www.haverahma.org.

Human Immunodeficiency Virus (HIV) is a virus that infects the cells of human hosts and causes a rapid decline in the ability of the host immune system to fight infection. If controlled, humans can live normal lives with a regimen of medication while still being infected with HIV (HIV+). If HIV is untreated or if treatment fails, the virus leads to Acquired Immunodeficiency Syndrome (AIDS), which causes extremely compromised immune systems. Sufferers commonly die due to opportunistic infections and cancer.[1]