Brought up in a multicultural household in Sydney, MasterChef participant Amina Elshafei speaks to Tazin Abdullah about what inspires and moves her to cook.

Food court at the Blue Mountains, Sydney. Typical packed lunchtime crowd at a tourist destination. You finally get to the end of the long queue knowing that, like every other time, you’re going to order the veggie burger or the seafood something-or-the-other because that is all that is available for you as a halal-conscious Muslim. Then, you’re dumbfounded: the sign at the counter reads ‘Halal’… and you have a new dilemma – given the sudden array of choices, what will you eat?

The halal sign can increasingly be seen in lively and vibrant Sydney, which plays host to a very successful marriage between multiculturalism and great food. Home to people from around the world, the Sydney culinary landscape is colourful and diverse.

Enter Amina Elshafei, a nurse and a cook extraordinaire from inner west Sydney. Amina splashed on to the Australian food scene in 2012 as a contestant on the immensely popular cooking show MasterChef. She was the first hijab-clad Muslim to step into the high pressure MasterChef kitchen. 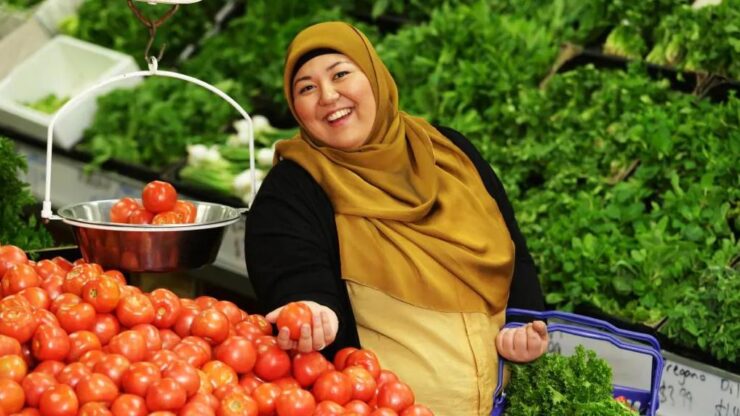 ‘[Multiculturalism] has really uplifted my identity’

Amina was born in Saudi Arabia to an Egyptian father and a South Korean mother. The family moved to Australia in the late 1980s. A self-confessed daddy’s girl, she grew up in a house that expressed its cultural heritage through food and cooking. Lost without her yoghurt, olive oil and garlic, she puts her heart into her cooking.

Amina proved to be a big hit with viewers and especially so with Muslims. Her progress in every episode was followed with fervour and excitement. Her elimination, of course, wasn’t received with the same enthusiasm. She later told Australian newspaper theHerald Sun that she had never expected to be the popular girl.

Having been catapulted onto the culinary scene, she drew inspiration from the things that her background taught her. ‘I have a good understanding of Korean slow cooking. The slow cooking process is starting to come back into Australian cooking and it’s good to have that under my sleeve,’ she revealed.

Reflecting on growing up in Australia, she explains that it has given her the opportunity to learn about food from other cultures and to bring out the food that she has been raised on. ‘We’re very lucky in Sydney because we have access to traditional ingredients and halal meat.’ 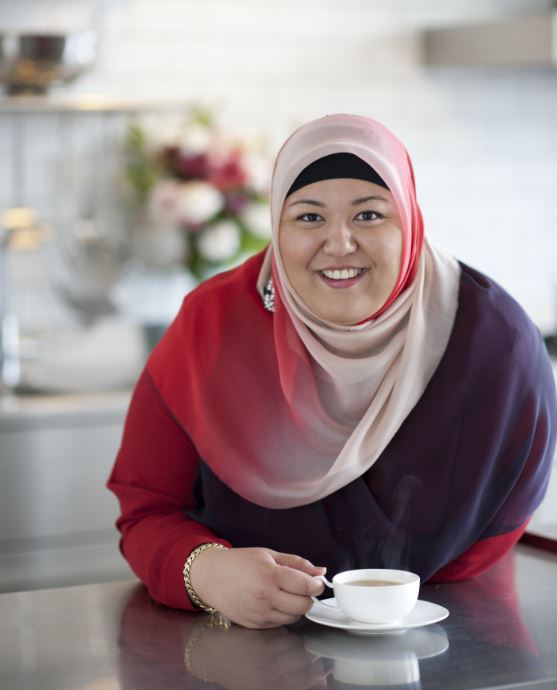 Amina features frequently at prominent food events and cooking demonstrations. She happily points out, ‘Halal food is making an impact, not only in restaurants but also on the bigger companies. There are now halal stamps on packaged items.’

Very positive about the future of a halal chef in Australia, Amina does not see any challenges in her way. In fact, time and again, she has thanked her avid fans for their support and for embracing the concept of halal. She says people are more aware now of things such as Muslims not using pork in their cooking.

Amina’s use of pork, when she started on MasterChef, had brought out criticism from some factions, with some even saying that she did not use pork as much as other ingredients. Pork appeared as an ingredient in a Mystery Box Challenge and Amina took it on as a personal test since it was a part of the competition. She cooked the protein without tasting it, and took it as a learning experience.

For many Muslims, watching Amina was itself a learning experience. She says, ‘I want people to know I’m a relaxed person – someone who has a passion for cooking, a family girl and values her friendships. Someone who is hard-working but has also accomplished milestones in education. Someone who has hobbies… an all-rounder. I enjoy life.’

Cook with passion and lots of love. If you haven’t cooked before, don’t make it difficult for yourself

Since her MasterChef success, Amina has worked with world-famous Turkish chef Somer Sivrioglu. She has a cookbook in the pipeline that she hopes to be ready by next year. Meanwhile, she has proved to be a hit in Malaysia and soon, in Pakistan. Amina’s parting advice was ‘a smile goes a long way’. Her beaming one continues to win the hearts of fans wherever she goes.

‘If you can achieve a passion in life, take it with both hands. If you’re Muslim, embrace who you are and don’t be afraid. Cook with passion and lots of love. If you haven’t cooked before, don’t make it difficult for yourself. Have fun cooking!’