Lee Kuan Yew International Airport? A banknote with the founding Singaporean leader’s face on it? A new national holiday?

The death of the widely revered leader known as “LKY” last month has sparked a vigorous debate in Singapore over how to honour its first prime minister, who famously disdained personal monuments.

His son, Prime Minister Lee Hsien Loong, has called for further reflection on how best to remember the late leader, whose death sparked an unprecedented outpouring of grief in the city-state, saying any decision must “stand the test of time”.

Lee, who died on March 23 aged 91, refused to allow statues of himself and rarely lent his name to institutions, despite dominating politics for half a century — setting him apart from other post-colonial Asian leaders. 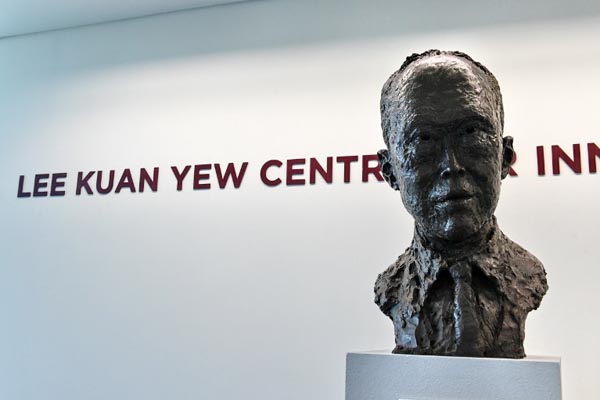 This photo taken on April 24, 2015 shows a bust of the late founding father Lee Kuan Yew inside the office of the Lee Kuan Yew Centre of Innovative Cities at Singapore University of Technology and Design (SUTD). Lee Kuan Yew International Airport? A banknote with the founding Singaporean leader’s face on it? A new national holiday? The death of the widely revered leader known as “LKY” last month has sparked a vigorous debate in Singapore over how to honour its first prime minister, who famously disdained personal monuments. AFP PHOTO / ROSLAN RAHMAN

In his will, the widower instructed his children to destroy their old bungalow after he died, fearing it would be turned into a relic with people tramping in and out of their former private quarters.

But fresh calls to preserve it as a museum surfaced after the death of Lee, who was given a hero’s funeral for transforming Singapore into one of the world’s richest and most stable societies with his iron-fisted rule from 1959 to 1990.

The government will make a final decision on the house’s fate only after Lee’s only daughter, neurologist Lee Wei Ling, stops living there — and there are no immediate plans for her to leave.

Politicians and members of the public have called for leading hub Changi Airport, named after the eastern suburb where it is built, to be renamed after Lee.

After all, Indonesia’s main travel gateway is the Soekarno-Hatta International Airport in Jakarta, named after the country’s first president and vice-president. 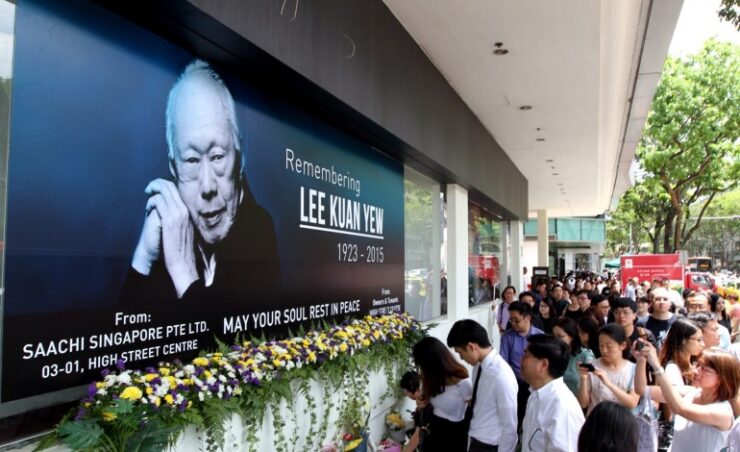 An online petition to erect a statue of Lee has gained little traction, however, with many Singaporeans wary of going against their late leader’s wishes.

Writing in the Straits Times a few weeks after her father’s death, Lee Wei Ling said she was “baffled” by reports that MPs were suggesting naming structures and institutions after her father.

The senior Lee “had worked hard to prevent any personality cult from growing around him”, she wrote.

As Singapore ponders how to preserve Lee’s memory, one name still stands out across the city-state’s landscape: Sir Stamford Raffles, who turned Singapore into a British settlement in 1819.

The colonial administrator spotted Singapore’s potential as a strategic trading post, devising policies to facilitate commerce and establish rule of law, and setting out the island’s general layout.

The elite all-boys Raffles Institution, set up by Raffles himself as the Singapore Institution in 1823, counts Lee among its distinguished alumni, with its counterpart for girls equally prestigious.

A hospital group is among the many businesses that bear the Raffles name, as well as plants and animals native to Singapore and surrounding area.

And on the Singapore River near Parliament House, a white statue of Sir Stamford, standing proudly with arms folded, is a popular tourist photo spot. 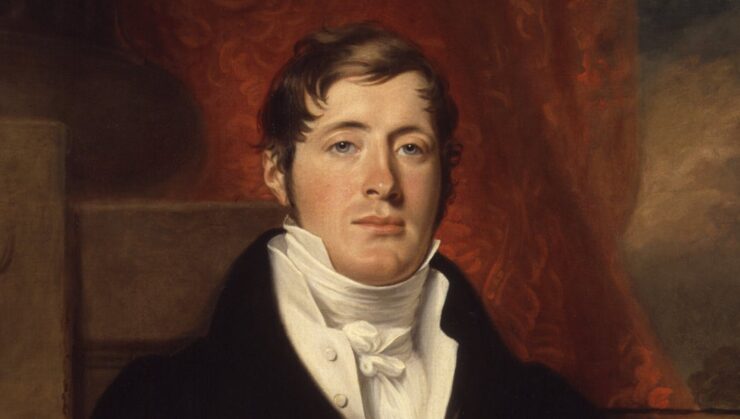 Some Singaporeans say Lee should now be given his due.

In an online forum, a netizen calling himself Li Ka Shing wrote: “The true so-called founder of Modern Singapore is a man named Lee Kuan Yew. His statue should have been placed where Raffles is standing so smugly now.”

At present, there is no official statue of Lee — only a modest bust in parliament, in honour of his 31 years as the head of government.

And there is one educational institution named after the former prime minister — the Lee Kuan Yew School of Public Policy which was set up in 2004 to train a new generation of Asian leaders.

But Singapore historians and analysts do not expect Raffles’ legacy to be eroded in the post-Lee era.

Derek Heng, an associate professor at the Yale-National University of Singapore College, said that the naming of places and buildings after colonial figures “was a very carefully calibrated exercise” to ensure “points of reference to Singapore’s past”.

Lee himself became a nationalist after seeing British troops easily overrun by Japanese invaders at the start of World War II, and any remaining sense of inferiority vanished when he went to Cambridge and excelled in law school.

Yet after he came to power, Lee preserved much of Britain’s legacy and went on to court international capital after the island separated from Malaysia in 1965. He made sure English remained the main national language. 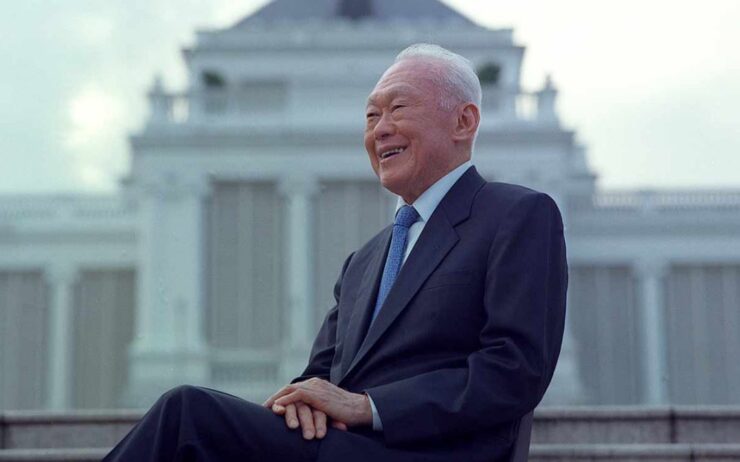 “We did not remove the last vestiges of colonialism upon independence, and there is no reason to do so today,” said Eugene Tan, an associate professor of law at the Singapore Management University.

“The Singapore government is in no hurry to honour Mr Lee Kuan Yew, notwithstanding the emphatic outpouring of emotion at his passing,” Tan added.