Farina So’s gripping monograph of the memories of Cham Muslim women after the Khmer Rouge opens Sya Taha’s eyes to their experiences.

Stories of gender-based violence, especially in times of conflict, is nothing new. But what pulled me towards this book was the geopolitical situation and demographics of conflict: the Khmer Rouge regime (also known as Democratic Kampuchea) of 1975-1979, and women of the targeted minority group of Cham Muslims. The sober dark purple and black cover foretells the sinister atrocities that I am set to read about; stories told by Cham Muslim women about life under the Khmer Rouge regime.

Based on the author’s master thesis at Ohio University, The Hijab of Cambodia is divided into five chapters. After an introduction and a first chapter explaining the historical background of the Cham Muslim community and the developments leading up to the Khmer Rouge regime in 1975, the book goes on to chronologically lay out the women’s stories according to three main themes: the women’s changing roles in the family, their attempts at preserving their religion and identity, and the forms of violence they faced.

The genocidal policies of the Khmer Rouge had the goal of homogenizing Cambodia’s population – to make everyone Khmer by silencing, killing, or forcing minority ethnic and religious groups to hide their identities, languages and religions. This was part of an overall plan for a utopian socialist and classless Cambodia that was based on mostly agricultural work, shunning capitalism and persecuting people who were deemed to be capitalist. Thus, the Khmer Rouge persecuted scholars, soldiers, doctors and others, and defrocked Buddhist monks – many were killed or sent to the battlefields.

A distinctive desire to eliminate religion, in general, was manifested in the desecration of mosques and monasteries, and the burning of religious books like the Buddha Dharma doctrine and the Qur’an. Speaking to Stuart Alan Becker of the Phnom Penh Post, author Farina So surmises that two instances of Cham uprisings in late 1975 during Ramadan caused the Khmer Rouge to particularly target Cham Muslims for extermination.[i] As a result, many of the 500,000 to 700,000 Cham Muslims had to pretend to be Khmer, changed their names, and took special care to not speak the Cham language. Despite this, many of them were still killed. 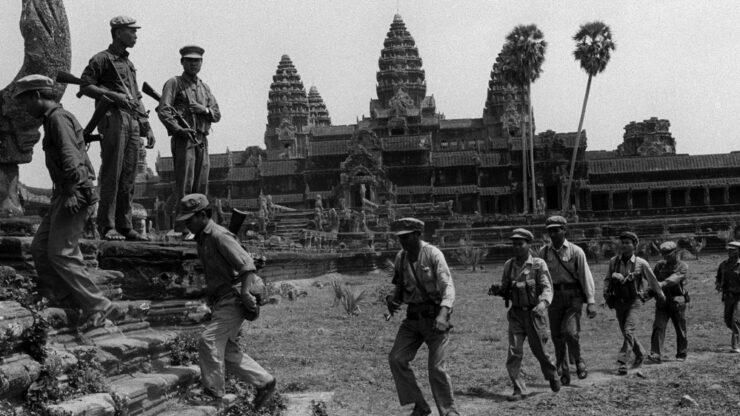 The women’s stories are situated in the post-1975 period of forced evacuation to the countryside. Millions of people were deported to rural areas to undertake manual and agricultural work. Across these three themes of family, religion and violence, an overarching interest is the covert and overt forms of resistance enacted by Cham Muslim women, motivated by the desire to maintain their ethnic and religious identities.

For example, Chapter 3 details how the regime instituted communal dining and living (thus separating parents from their children) according to their ideas of women empowerment and liberation from household duties. In response, Cham Muslim women resisted by secretly meeting their children to emotionally nurture and advise them, scavenging extra morsels like seafood and water spinach to cook late at night and eating together – eating at home was a sign of rebellion – or giving their newborn children Muslim names and reciting the adhan and shahada in their ears each night.

Chapter 5 also describes how the women used strategies to avoid punishment, rape or imprisonment. Many of these stories are riveting in relating the degree of horror and fear that these women faced; readers will be hard-pressed to even imagine themselves in such situations.

Most of the 60 Cham Muslim women interviewed tried to hold on to religious tenets by modifying some of their religious practices. The issue of ritual purity was especially sensitive, because the communal kitchens often served pork meat and soup, while some of the agricultural work involved feeding and washing pigs. Some women would try to avoid eating pork as much as possible, which was not easy because there was not enough food to eat in the first place. Others would secretly prepare and eat whatever items they could find.

“Every time I think about prayer and religious practices during the Khmer Rouge, I want to cry because we were so oppressed in all aspects of our lives,” recalls Halimah, one of 12 women who gave in-depth interviews for The Hijab of Cambodia. 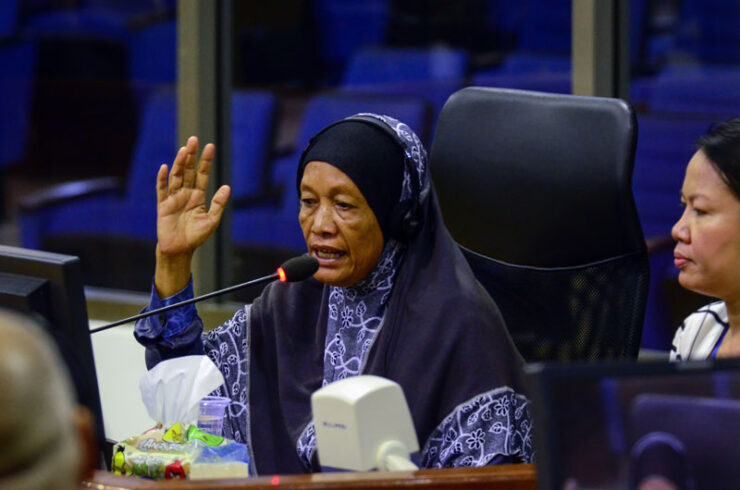 Chapter 4 describes the particular difficulties that the women faced in trying to pray in a situation where they were constantly being watched, trying to fast during food shortages, and for some, covering their hair. Some tried to pray sitting down, quickly, and without wearing specific prayer attire (the standard uniform was a black blouse). Nevertheless, most of the women took comfort in the fact that they were able to perform their shahada (profession of faith) without anyone ever noticing. They also appreciated the Islamic principle of sabr, hoping that their patience in enduring all their difficulties would be rewarded someday.

One of the most interesting things about this book is learning about how diverse the practices of Islam are amongst its followers across the world. Much of what is deemed “Islamic” is often highly contextualized and influenced by the history, politics, and socio-cultural fabric of a place. For example, among Cham Muslims, daughters receive more inheritance under their Sharia laws. There is also a broad division of orthodox and traditionalist followers, with the latter having different practices such as praying only on Fridays.[ii]

The Cham Muslim women in the book also appear to be fairly dogmatic in following what they considered to be important aspects of Islam, thus creating the dilemma of being caught between “religious observance and survival” (p.60). I found it interesting that none of the women justified their modified practices as being caused by exceptional circumstances of emergency when the Qur’an gives many examples of lightening or reducing an act of worship because religion is not meant to be difficult (see for example, 22:78). 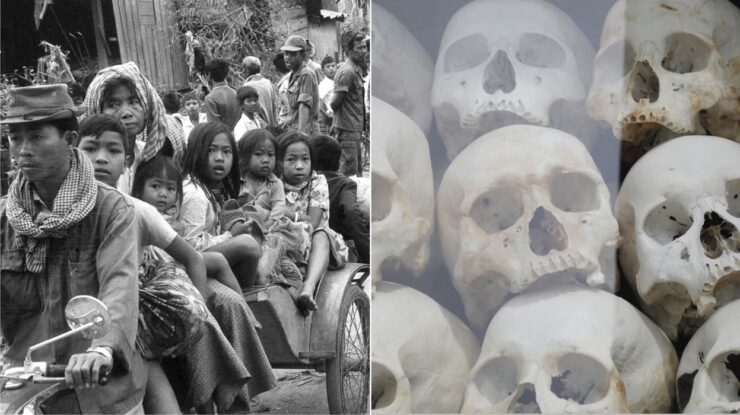 I take issue with many concepts that were taken for granted, such as women being the “caretakers of Islamic practices” (p.57) or “Islam’s system of justice” (p.102). These could have been explained and deconstructed more thoroughly for clarity; however, perhaps that was not the explicit aim of the book. As the Cham language is also similar to Malay, I would have found it interesting if more of the interview excerpts were provided in the original language of the interviews. This would have also helped in avoiding some of the more awkward expressions in English.

The Hijab of Cambodia opened my eyes – not only to the atrocities of the Khmer Rouge regime, but also to how women, particularly Cham Muslim women, experienced specific sufferings. Farina’s work is invaluable as an enduring testament of these women’s stories, for educating the next generation, and for informing the rest of the world.