Islam is a religion that is common in many countries. Nothing speaks better about the traditions and customs of people or religion than weddings. Therefore, it is necessary to learn more about a Muslim wedding at an opportunity. This is a very beautiful ritual, called “Nika”. This custom has its own rules, order, and specifics. Precisely because of these specifics, we will try to explain to you some things related to customs and reveal to you how to choose the right Muslim bridal jewelry.

A Blend Of Tradition And Modernity

The popularity of the Middle East jumped sharply with the arrival of the Turkish series on TV screens. We fell in love with handsome and striking actors, but also with tradition. To learn a little more about the tradition of oriental Muslim wedding, we checked what customs every oriental wedding should have. Of course, as at any wedding, it is very important that the groom, and especially the bride, be the focus of everyone else. Therefore, we will pay a little more attention to women, the way they dress, and the jewelry used on these occasions. Of course, former Muslim weddings looked completely different. Today it is more of a harmonious blend of traditional and modern.

The Position Of Women In Islam: Truths And Misconceptions 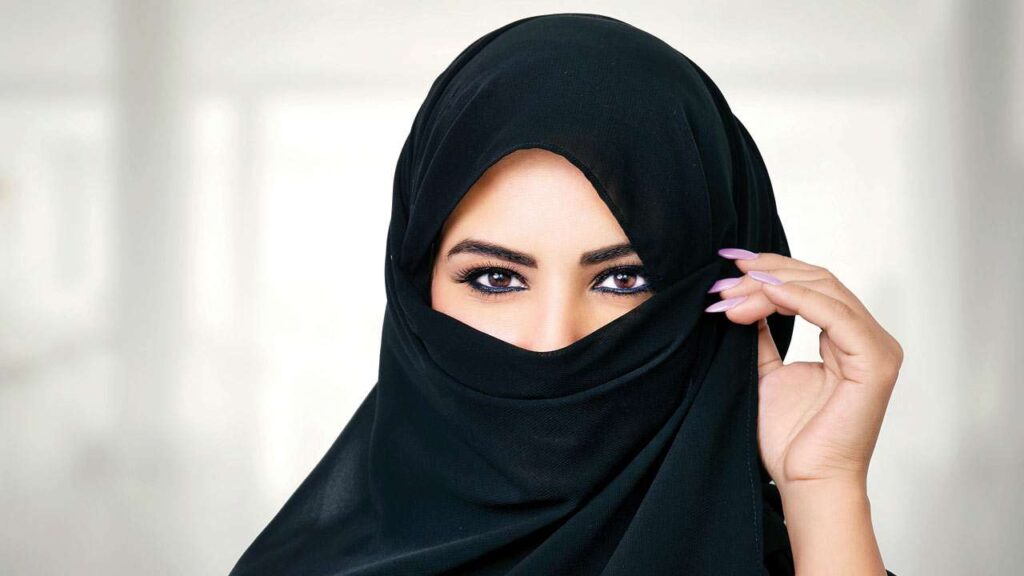 Almost all the ancient traditions of the Muslim wedding have been preserved to this day. They are so self-satisfied and beautiful that they will soon not be replaced by the transitional novelties of the modern world, but they accepted some of the modern tendencies. People generally believe that in the Islamic world, wives are powerless and speechless – and husbands use it powerfully and mainly. However, this is completely wrong. The rights of men and women in Muslim countries are equal – however, their duties are different. And for men, by the way – there are more such duties than women. Let’s take a closer look at what a Muslim wedding is and how it is celebrated.

Turkish Customs Before The Wedding

A Turkish wedding cannot pass without a henna dinner. Henna Night is a small ceremony held a week or two before the wedding. Henna Night replaces our bachelorette party. The bride is usually dressed in a red wedding dress. The ceremony is later joined by the groom and his friends. The custom dictates that the entrance be accompanied by two young girls carrying candles. Only after the newlyweds circle the imaginary circle three times can they sit down. An older member of the family takes the henna and places it on the bride and groom’s palm, which is then covered with a gold ducat. It is the symbolism of customs and prosperous marriage.

Oriental Customs On The Wedding Day 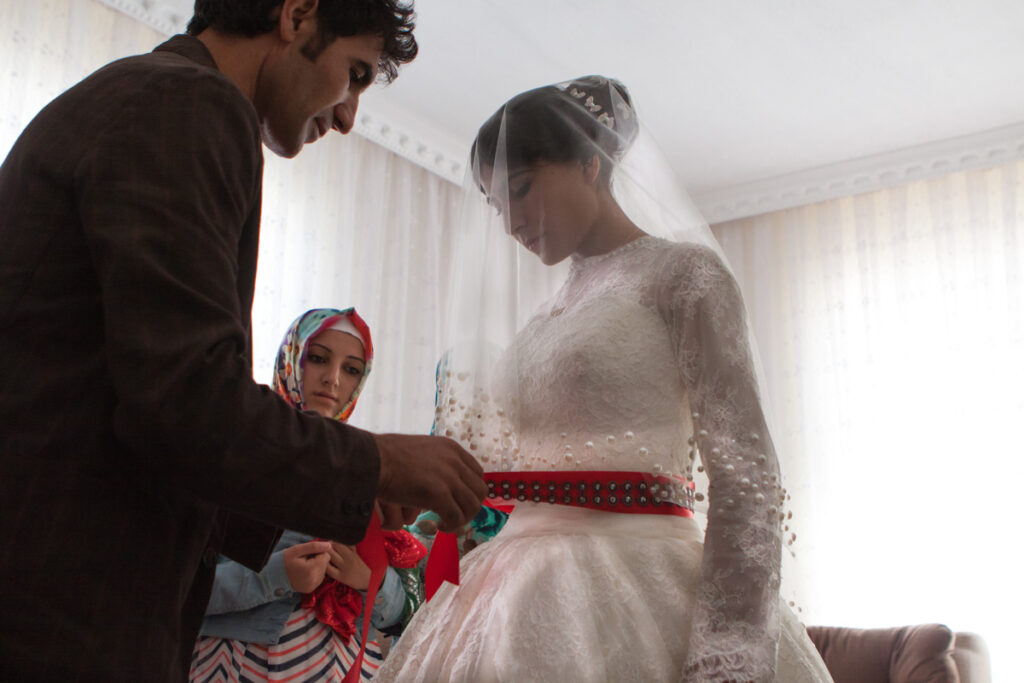 The red belt of virginity remained in some parts of the Middle East. A male figure from the immediate family, usually a brother ties a red belt three times around the bride’s waist. This ceremony ensures the purity of the girl. In the past, it was very important for a girl to be intact before marriage. Virginity was kept and sold to the first husband. The house from which the bride marries is locked. The key is kept by the brother, and monetary compensation is given in exchange for the key. Newlyweds are common in every culture, except that the custom of giving is different. In the Middle East, newlyweds are celebrated by putting ribbons around their necks after the ceremony. The task of the guests is to put money or gold coins on the ribbon. After signing the wedding book, the newlyweds compete to be the first to stand on each other’s feet. The person who wins becomes the main one in the marriage.

Usually in the East, gold is worn only by women and in large quantities. That is why eastern gold jewelry is massive and attracts attention. These are 4 pieces of jewelry that are important for every Muslim bride. 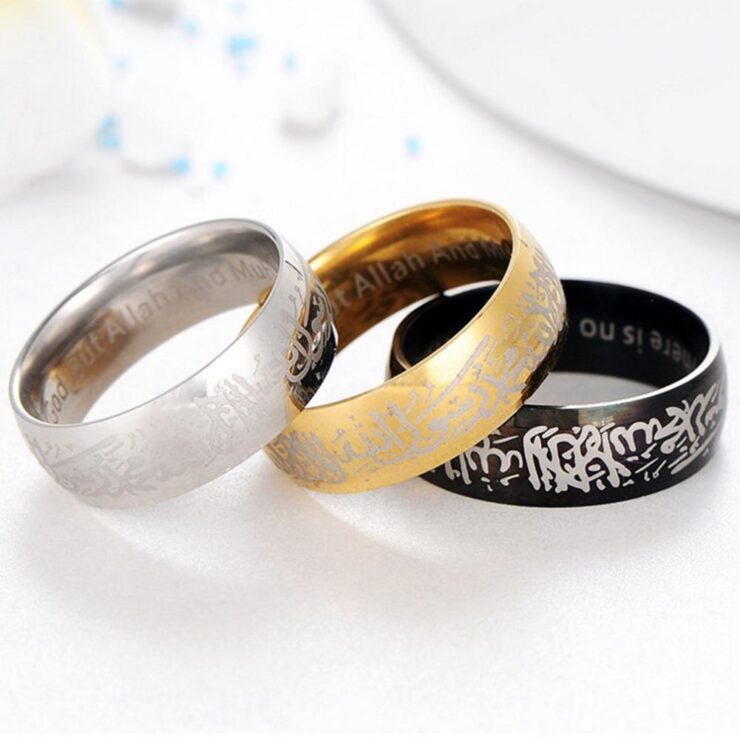 Not counting the wedding rings you that Muslims may or may not wear – rings are one of the important pieces of jewelry for every woman, including women in Islam. The rings are mostly massive, made of large pieces of precious stones. 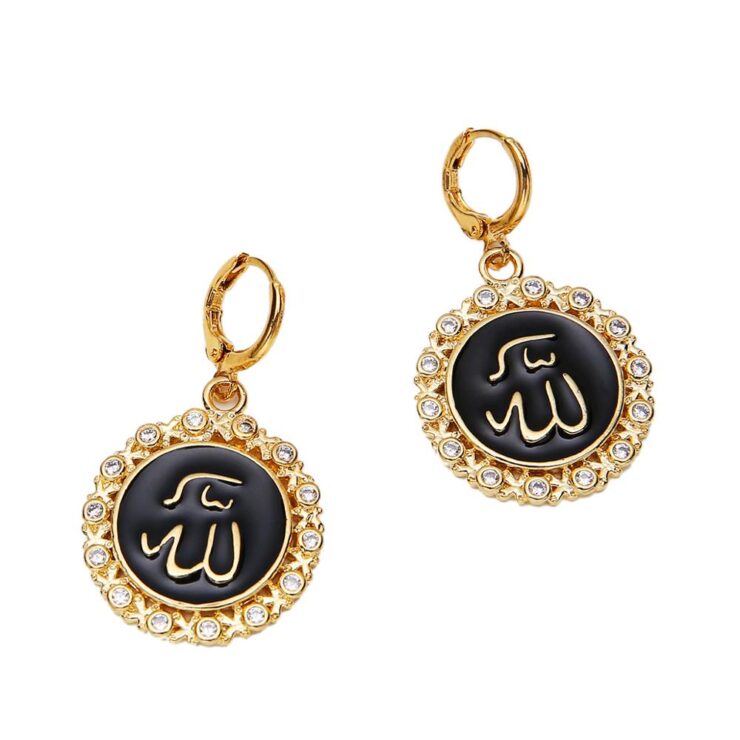 Gold oriental earrings-chandeliers hanging, heavy, often decorated with stones.  These earrings emphasize the woman’s beauty and feminine side. Even though big ones are in fashion today, many women love to wear smaller ones, so you can opt for those you like. You can make a choice by looking at the jewelry shops or you can click here and find out more about the styles and materials they can be made of, and then choose the ones for you. 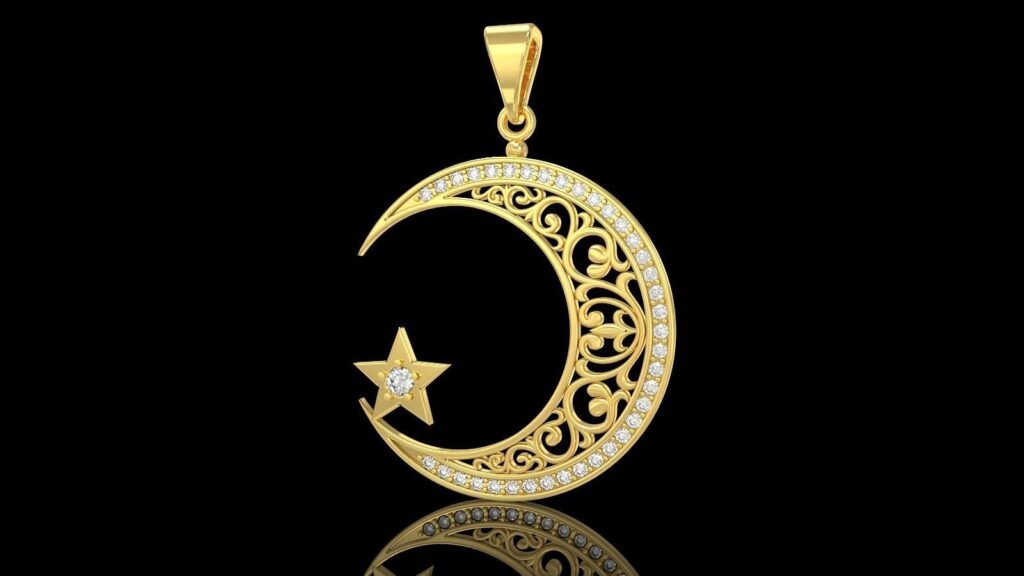 There are also gold pendants also decorated with large natural stones and can be made in the form of symbols – for example, a crescent moon, sayings from the Koran, the words “Allah” or “Fatima’s hands”. When choosing, oriental motifs take precedence. In recent years, such jewelry has come into the trend in Western countries too. 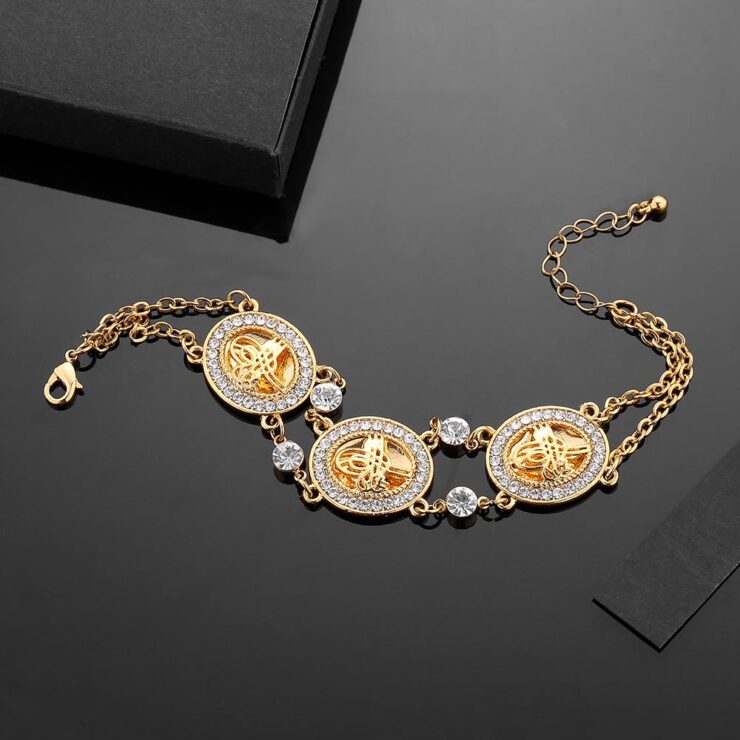 Oriental-style bracelets can be a few centimeters thick, and gold is used in red or yellow, white is rarely used, and even then it is considered a western trend. Also, very popular bracelets that adorn the wrist. They are long, with a ring worn on the middle finger. There are such bracelets and rings on all fingers. 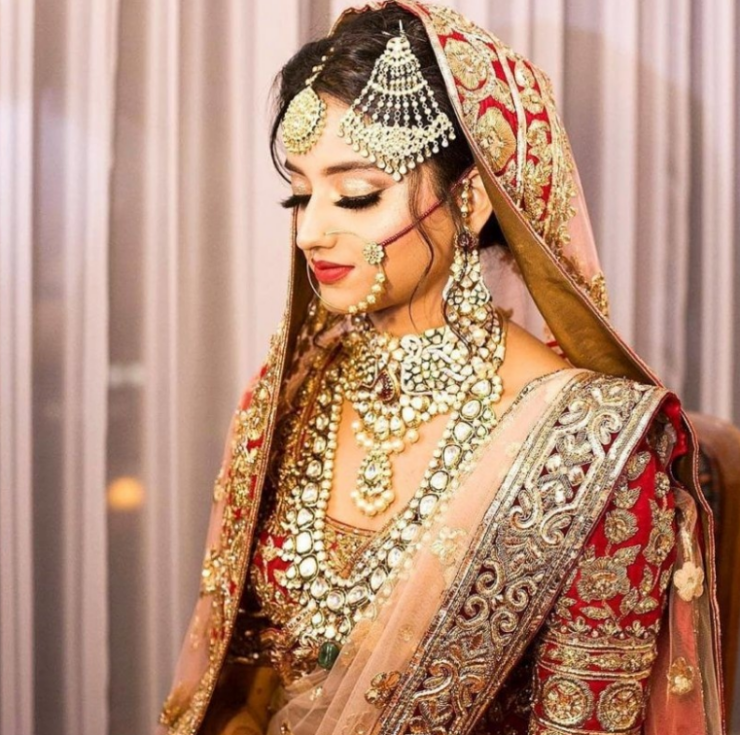 The hairstyle is an integral look for every Muslim girl who gets married. In the role of the most important accessory, we will often see a silk scarf, decorated with beads and precious stones. The traditional headscarf that hides the hair of a woman who practices Islam is called the hijab. A veil that can have different lengths is also used. Especially popular are Muslim women who are preparing to get married and who are immediately included in the hijab – because it helps to achieve perfect stylistic unity.

These dresses have a floor-length, and such products require long sleeves. Only the hands and face remain open. In some countries, the custom says that you have to cover yourself completely, so girls often wear gloves. Still, don’t think that the wedding outfit is becoming plain and boring. Today, Muslim wedding dresses are most often made of materials such as chiffon, satin. The models are easily compared to a work of art because they are decorated by hand. The biggest demand is gold embroidery. Designers do not neglect beads, sequins, and apply silver thread. 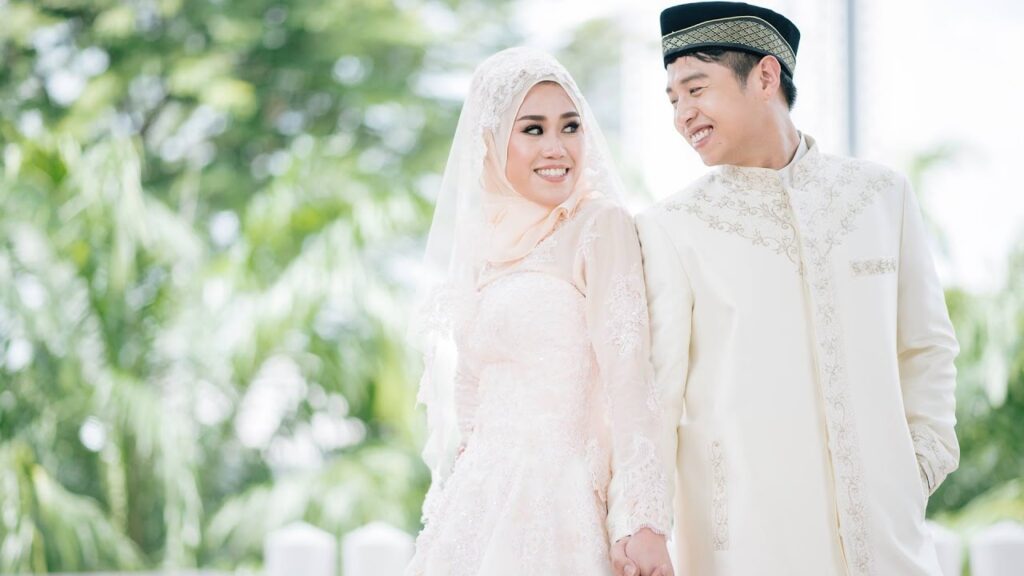 The exchange of wedding rings was not practiced by Muslims before, but many young members of the Islamic religion have adopted this custom. As with Christians and Jews, so much has changed with Muslims since ancient times. Traces of tradition still live and are applied in the modern world, integrated into the emancipated and modern world.

Pros and Cons of Investing in Halal Real Estate – 2020 Guide

4 Tips for Matching Your Luxury Watch To...