Christians and Muslims are joining forces to rebuild a mosque in Bangui, where Muslims had previously been persecuted. The mosque held a ceremony ahead of Ramadan, attended by both religious groups, as well as representatives from the French embassy. Translation below.

Tidjani, Muslim (man, Sango, 14 sec): “I’m asking all Muslims of Lakouanga that at the start of Ramadan we all pray so that peace comes back to our country, the Central African Republic, and so that social cohesion that exists between Muslims and Christians in Loukanga, gets spread to other neighborhoods.”

Ephrem Kosh-Komba, director of the cabinet at the Ministry of reconciliation (man, French, 30 sec): “It’s a commendable act, to be encouraged and to be supported significantly. The meaning of it is that these are two communities that have opposed each other, these are two communities somewhat at the root cause of what we’re going through today. So we can only encourage and especially thank the partners like the French government, that have brought that meaningful and important support so that this mosque gets rebuilt.”

Charles Malinas, French ambassador to the Central African Republic (man, French, 25 sec): “The French embassy is participating in the rebuilding of the Lakouanga mosque which associates all the inhabitants of Lakouabga, regardless of their religion, Christians and Muslims, with an organizational committee that associates Christians and Muslims. The Mosque of Lakouanga, the rebuilding of the mosque of Lakouanga, is the symbol of the reconstruction of the Republic of Central Africa.”

Christian Aimé Ndotah, man at the initiative of rebuilding the Lakouanga mosque (man, French, 17 sec): “We always lived in good harmony. Religion was never a question. And when the mosque was destroyed, it made us sad. I’m a Christian and pray at the parish of the ‘Saints Martyrs de l’Ouganda’ and I couldn’t conceive that my Muslim brothers, some of whom are our parents, didn’t have a place of worship.” 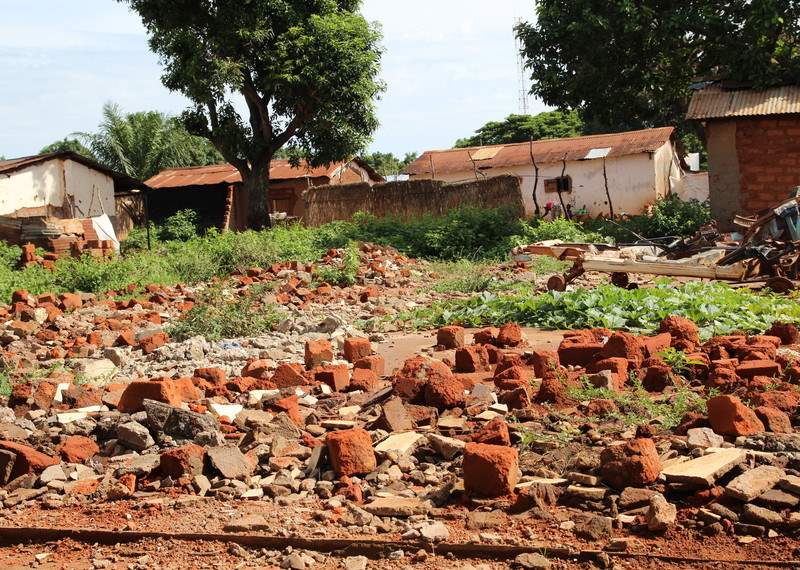 Bridging Business to the Arts: Dubai dazzles in 2014 MOCAfest

The Curious Phenomenon of ‘Ramadan Hijabis’

Muslim players to compete in World Cup during...