Amani Alkhat wonders if Islam and feminism can work together.

In many Muslim communities, the word rolls off the tongue with a bitter aftertaste. And amongst the women of these communities, a stigma surrounds the movement with an especially unique reception.

My issue with feminism is that its movement has been dominated by white, middle-class Western women – many of whom uphold a one-size-fits-all definition of female empowerment. For decades, this universal standard for feminism was applied to women across all cultures, reinforcing the dominant-submissive binary that feminism, at its core, sought to abolish.

This is where the disconnect lies: Western feminism is often mistaken for feminism as a whole. Many Muslim women shudder at the thought of advocating for what we see as white women telling us to take off our scarves to liberate ourselves, exhibitionists baring their breasts while claiming they are fighting for our freedom, and aggressive fingers of condescension in our faces, all of which seek to enlighten us that our ways of life are backward, inferior and downright ignorant. 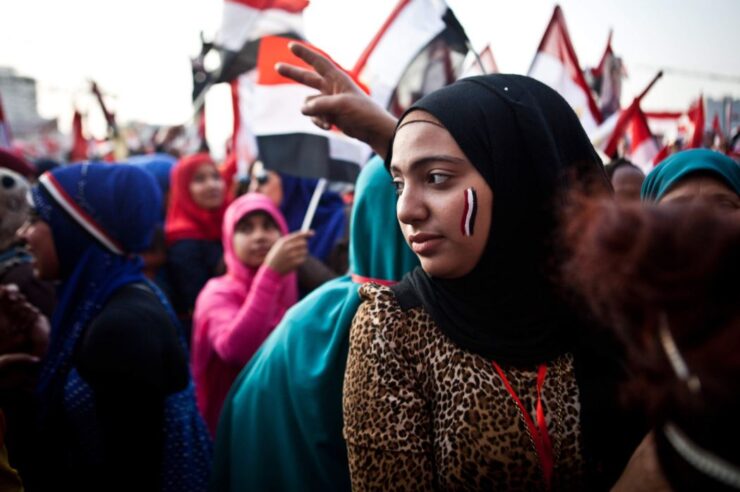 Unfortunately, the feminist movement is marred by damagingly negative preconceptions, mostly fueled by media-manufactured nonsense intended to dissuade the masses from gender equality and uphold patriarchal expectations in our society. And, of course, many men – including some Muslim ones, at times – follow suit and act upon the opportunity to denounce and ridicule a movement that unknowingly intends to preserve Islamic standards of equality. It’s especially difficult when so many religious and political leaders contort Islam to fit their patriarchal mindsets. The most destructive, however, is when Muslim women begin perceiving feminism as sacrilege.

When we consider that Islam already gives us all the women’s rights we need, it becomes easy to see feminism as being adverse to our faith. This is where we need to understand a most powerful realization: Islam and feminism are not exclusive.

The thing about feminism is that, despite its poor social reputation, we are predisposed to the concept. The core of feminism calls for equality, dignity and the establishment of respect – not just between the sexes, but also across all social and economic classes, races and religions.

Islam laid down these expectations for us a millennium before today’s feminists started preaching them. Our religion’s revelation was so revolutionary that the comparably backward society before this period was dubbed ‘the Age of Ignorance’. It was defined by its stark social inequality, especially amongst girls and women, and illustrated by a prevalence of female infanticide in pre-Islamic Arabia. This new standard of equality not only was granted to the female gender but also permeated to all levels of society. 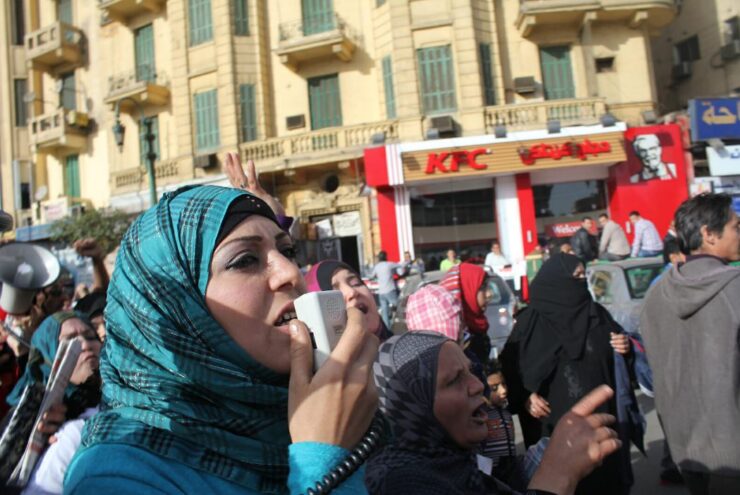 Among the countless rights that women became entitled to in the first Islamic society where financial, social and even sexual entitlements – completely redefining her place in society. Many interpretations of verses in the Qur’an declare that a woman’s earnings are solely her own and that her husband has no claim to them (4:34). This provides not only monetary security but also indirect support of a woman’s right to work. It also endows women with marital rights, such as allowing them to be equally entitled to request a divorce (2:237, 4:35). Prophet Muhammad (peace be upon him) spoke of a daughter’s equal value to a son and her right to a fulfilled upbringing. Also, modesty is encouraged among both genders (24:30-31), and many understand the hijab to declare that a woman is to be regarded as a person, not an object.

Our religion granted women their rights 1,400 years ago – rights that many women still struggle to enforce today in their communities. I believe Islam was the first religion in the world to explicitly define equal rights for women. It’s the standard. We are active representatives of what feminism looks like. That calls for us all not only to pride ourselves on being feminist but also to totally own it. 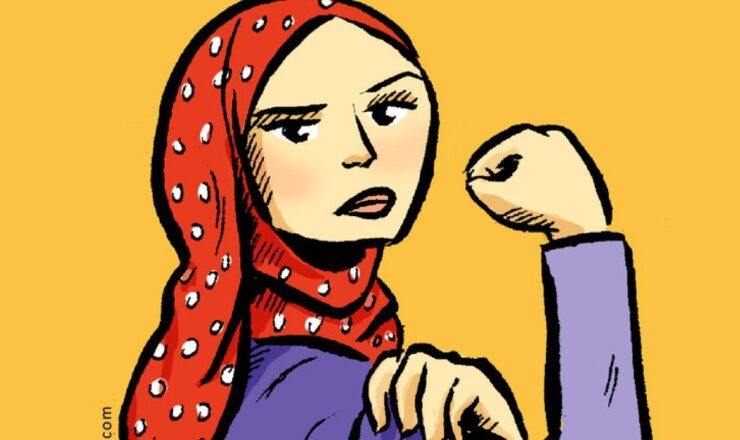 One of the most powerful things that we as Muslim women can do is to (rightfully!) identify ourselves as feminists. Instead of rejecting the feminist movement, we need to inject ourselves into it and start to redefine empowerment and liberation on our own terms – not the ones already defined for us. What mainstream feminism lacks today are the voices of women of different cultures standing up and speaking up for themselves. It’s our responsibility to create a voice for ourselves in the conversation.

Doing so not only empowers us but also gives us more visibility worldwide. Identifying ourselves as the feminists we are sending a groundbreaking message to people around the world that still view Muslim women in the light of oppression. It allows us to flip the stigma on its head, in a tongue that everyone can hear loud and clear.

Muslim feminists recognize the potency of feminism in transforming our societies and obtaining the rights that we, like all women around the world, so fervently fight for.

Nabiila Bee from the UK