Dozens of Rohingya Missing After Boat Sinks off Myanmar

The boat was believed to be taking the Rohingya from Myanmar’s western state of Rakhine to Malaysia, where thousands of members of the Muslim minority have sought sanctuary since violent clashes with Buddhists erupted last year.

“Altogether 66 people — 38 men and 28 women — were on board when the boat capsized,” a police official in Rakhine told AFP, adding six survivors had been found in the Bay of Bengal.

The missing are thought to have been IDPs (internally displaced persons) from the area around the state capital Sittwe, the officer added, requesting anonymity.

Around 140,000 people — the majority of them Rohingya — were displaced by two waves of violence between Buddhists and Muslims in Rakhine last year that left some 200 people dead.

Thousands of Rohingya have fled Myanmar since then, many paying smugglers for passage on rickety and overcrowded boats to Malaysia or further south, despite the dangers posed by rough seas in the Bay of Bengal. 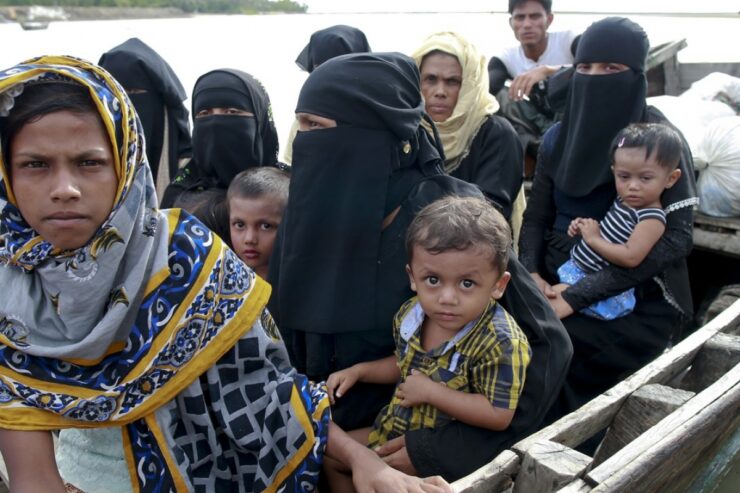 Hundreds are believed to have died at sea so far this year.

In May nearly 60 Rohingya Muslims went missing after their boat sank after hitting rocks as a cyclone approached the bay.

Myanmar views its population of roughly 800,000 Rohingya as illegal immigrants from neighboring Bangladesh and denies them citizenship.

They are considered by the UN to be one of the world’s most persecuted minorities.

Rohingya boats frequently make landfall in Thailand, where those passengers caught by authorities are detained. According to rights groups, they are vulnerable to exploitation by human traffickers. 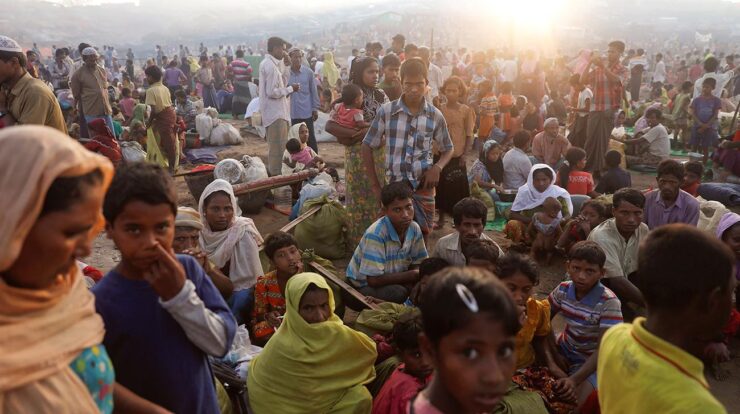 The United Nations has raised fears that the number of Rohingya fleeing camps for the displaced will rise further this year.

It has urged Myanmar’s reformist government to address the humanitarian crisis by easing sectarian divisions in the area and improving conditions in the squalid camps where tens of thousands languish.

The UN High Commissioner for Refugees in Geneva said Friday it had received “worrying reports” that around 1,500 people had left the Rakhine area in recent days as the annual sailing season gets underway.

A UNHCR spokesman said that an estimated 28,000 people — mainly Rohingya — have left by sea since June last year, while “over 400 have died or gone missing” so far this year.

“The UNHCR fears that as the rainy season comes to an end and sailing season starts in earnest, more people could feel compelled to leave by boat, subjecting themselves to exploitation by smugglers,” he said.

Violence in Rakhine, which has been followed by several outbreaks of anti-Muslim unrest across Myanmar, has posed a serious challenge to the government’s reform credentials as it emerges from decades of military rule.

Rights groups have accused authorities of being a party to ethnic cleansing in Rakhine during the unrest and say they have subsequently failed to tackle discrimination against the stateless Rohingya.

Style Spied: Over the Moon with Munira