The majesty of southern Spain is a testament to a history peppered with cultural and religious differences. Today, those are celebrated as part of its beauty. By Arwa Aburawa.

The story goes that when the ruler of Granada, Muhammad XII of Granada, was forced out of the city in January 1492, he took one last look at the Alhambra and wept. Though nobody will ever know for sure what thoughts were running through his mind as he fled into exile, I’d like to think that he shed tears not only because of his bitter defeat but also because he couldn’t bear to leave the beauty and charm of Muslim Spain – Al Andalus. After almost 800 years, Muslim rule had left an undeniable mark on the rugged, mountainous and fertile lands of southern Spain, but that was now all over. 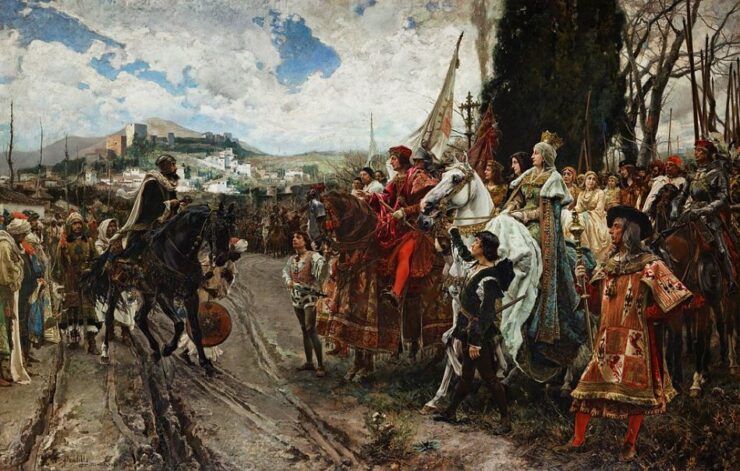 To this day, the modern and thriving region of Andalusia remains the cultural and architectural gem of Islamic civilization in Europe. Muslim tourists flock here to see stunning sites such as the Alhambra and the Mezquita, as well as less well-known Islamic gardens in Seville and Málaga. Indeed, with more than a million Muslims living in Spain, finding halal food and places to pray isn’t as difficult as you might think.

With our list of pointers, you might leave Andalusia not only with a heavy heart but also with a tear in your eye – perhaps then you’ll be able to empathize a little with Muhammad XII. 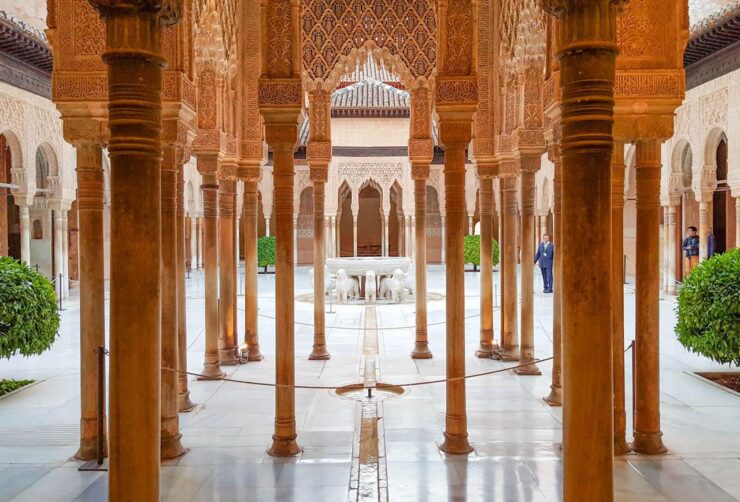 It may not be the most original way to see Andalusia, but I think the time has shown that the ‘Andalusian loop’ remains a classic. Stay for a few days in each city, starting with a flight to Málaga, home to the most popular airport in the region. Next, make your way east to Granada, then loop around to Córdoba and Seville. Complete the circuit by heading to the coastal gem of Cádiz, where you can unwind at the beach near the town of Tarifa, before returning to Málaga for your flight home. Spain’s public transport system is efficient, comfortable and reasonably priced. The Andalusian loop will also allow you to see most of Spain’s coast, countryside, mountains, and meandering landscapes.

The principal attraction here is the Alhambra complex, a breathtaking oasis of palaces and gardens sprawled across a commanding mountainous landscape. Shimmering red clay ramparts, 23 towers and sweeping gardens make it one of the most beautiful and well-preserved palaces in the world. Granada also boasts the ancient Arab quarter of Albayzín, full of little museums, open gardens, stunning homes and bustling markets as well as quaint churches and mosques. 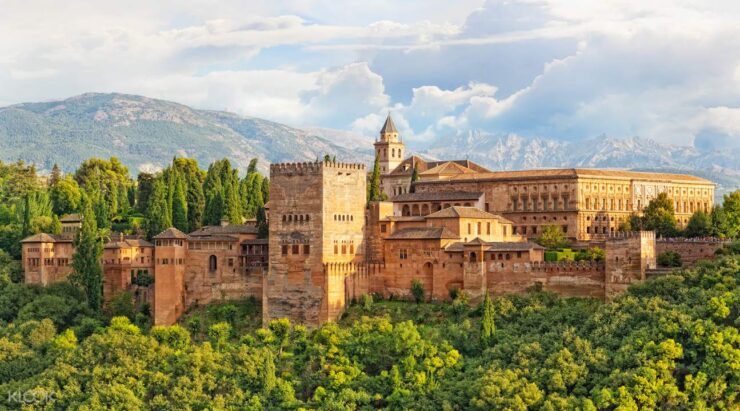 Don’t miss your chance to visit the Great Mosque of Granada, offering the best views of the Alhambra, as well as one of the best Moroccan restaurants I’ve ever eaten in, Restaurante Arrayanes. You will need at least three nights in Granada; traveling by foot earns you a more intimate and personal view of life here. Pre-book your tickets to the Alhambra if you want to avoid huge queues and long waits.

An iconic forest of red and white arches distinguishes the Mezquita of Córdoba. Abd al-Rahman I, founder of the Umayyad Emirate of Córdoba, initiated its construction in 784. Today, it has a functioning cathedral right in the middle of the building, which was constructed after the Spanish retook Córdoba from the Moors. The somewhat confusing architecture and religious imagery reflect this. In fact, Roman Emperor Charles V, on a visit to Córdoba, is said to have lamented to his officials: ‘You have destroyed something unique to make something commonplace’.

The best time to visit is between 8:30 am and 10:00 am when you’ll be able to enjoy the Mezquita without tour groups and schoolchildren milling around. After a quick breakfast of the freshest bread teamed with Spanish omelet, walk to the Mezquita and then wander across the lively Puenta Romano bridge, where both birds and buskers flock. You can also get a taste of the diversity of the Andalusian kingdoms by heading into the Old City – the second largest in Europe – to visit the small Casa Andalusi museum which celebrates the city’s Muslim and Jewish past. Nearby is an ancient synagogue that serves as a much-needed reminder of the intertwined histories of the Abrahamic faiths.

Although these gardens are less popular than the Alhambra and Mezquita, they are stunning in their own right. The sleepy and neatly arranged Alcazaba gardens in Málaga, and Seville’s epic Alcazar, with its cool gardens filled with peacocks, are solid bets to beat the crowds. Admittedly, I may have a slightly biased view of Málaga’s secluded gardens, as I completely stumbled upon them and scored free admission – the guards were busy chatting and just waved me through rather than sorting out a ticket. A slow uphill climb surrounded by the scent of orange blossom and the soothing sound of trickling water leads to a panoramic view of Málaga that is as quietly reassuring and impressive as the intricate network of plants that have for centuries taken root deep inside the ground. 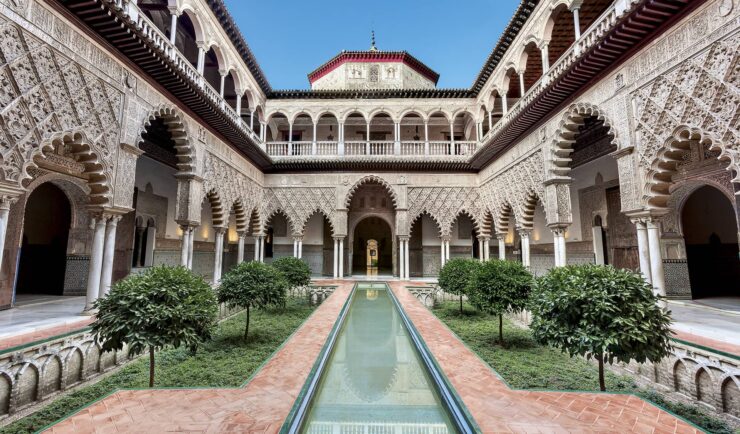 Gorgeous beaches are a highlight of the coastline of Cádiz province. The stretch by the town of Tarifa is mainly visited by windsurfers and other Lycra-covered sporty types, making it perfect for Muslim families. After a hectic dash around Andalusia, Tarifa is the perfect place to unwind; it’s also a stone’s throw from the Moroccan city of Tangier if you’re still feeling adventurous. Just take the 45-minute ferry ride across with a tourist group (they offer great rates) but I highly recommend that you do a disappearing act once you arrive to avoid being harassed by hawkers. 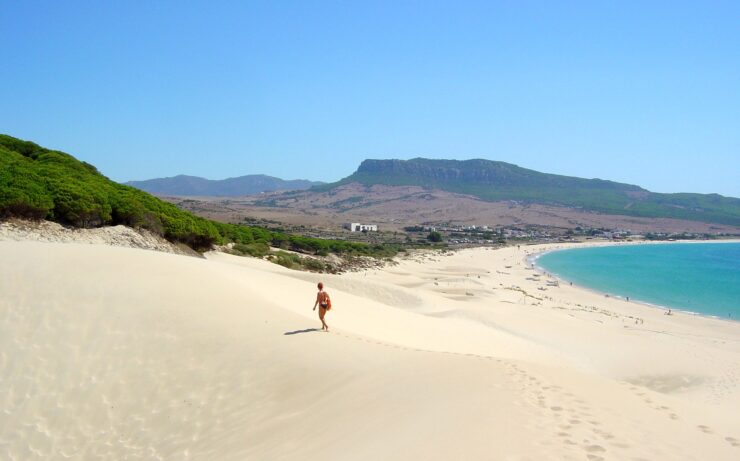 Andalusia is a place where art, faith, fabulous food and architecture are waiting to be uncovered – so be spontaneous. Wander along meandering walkways in whitewashed villages, try out new restaurants, haggle like your life depends on it and get chatty with the locals. You never know, you may end up discovering an Andalusian gem of your own.

All images by the author unless otherwise stated

Muslims from Xi’an in China

The truth about being a single Muslim mother