Facing the Facts of Acid Attacks

Acid attacks are prevalent in many countries, including India, Bangladesh, Afghanistan, Uganda, and Cambodia, amongst others. On average, the BBC claims that 1500 attacks are reported worldwide every year.[i] I believe the actual numbers are far greater than these; some perhaps go unreported or are disregarded by the authorities. The Department for International Development in the UK reported that between 2007 and 2012 there were a total of 786 incidents of acid attacks in Pakistan alone.[ii] Usually, these ghastly assaults are targeted at women and young girls, however, men can also find themselves under attack.

Along with Dr. Mohammad Jawad, a British-Pakistani surgeon, I was invited to speak at Birkbeck University on 4 February 2014 by the Birkbeck Pakistani Society. Following my talk on acid attacks in Pakistan was a viewing of the award-winning documentary, Saving Face. This short film focuses on Dr. Mohammad Jawad’s journey to Pakistan to perform reconstructive surgery on survivors of acid attacks.

Acid attacks leave victims burned, maimed and disfigured. The depth of their disfigurement depends largely on the amount and potency of the acid used. Hydrochloric and sulfuric acids are the most common sorts of corrosive liquid used during an attack. However, there have been cases where household items have also been used as they contain corrosive chemicals. Sulfuric acid, an extremely strong mineral acid, is mainly used in the chemical industry. It is most commonly used in lead-acid batteries, explosives, oil refinement, and fertilizer manufacturing. This acid is known for its highly corrosive nature, making it extremely dangerous when it comes into contact with human skin.

The acid causes the skin tissue to dissolve, which often results in the bones becoming exposed beneath the flesh; at times it can even melt the bone. When the acid comes into contact with the eyes, it can permanently damage these organs. Many acid attack victims may have survived, but by paying the price of losing one or both eyes. The victims are traumatized physically, socially and psychologically. Recovering from the trauma of an attack takes time, and even more, time is needed for the victims to adjust to their disfigurements. They often become isolated and ostracised in society; the scars left by the acid going beyond just the skin. 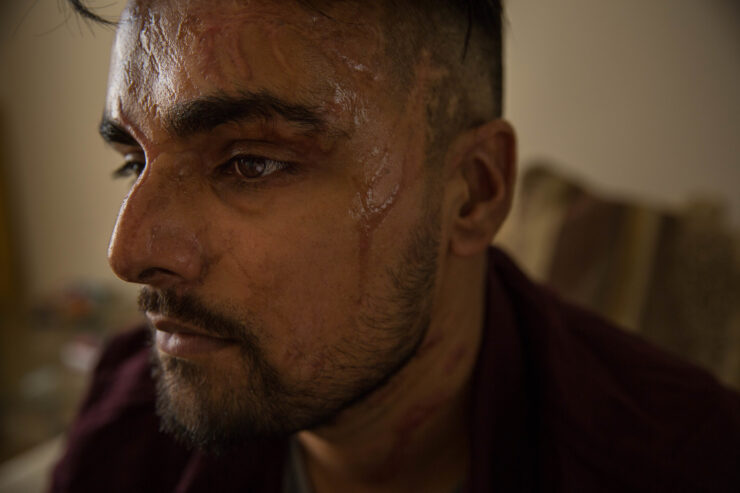 This further damages the victims’ self-esteem, self-confidence and seriously undermines their professional and personal future. Women who have survived acid attacks suffer in their attempts to live and function in normal society. They have great difficulty in finding partners if unmarried, and finding work or sustaining a career. Their children are often taken away from them, as was the story with one victim in the Saving Face documentary. Not being able to marry or adjust to a normal life which existed prior to the attack can be socially isolating.

So one may ask, why do people engage in such vicious acts? Unfortunately, there are no straightforward answers to this question. As discussed in Saving Face, there are a number of different reasons why individuals commit this heinous crime. Many of these reasons are egotistical: men who cannot handle rejection from a girl, or in the case of a woman seeking a divorce from an abusive husband, the man’s fear of being dishonored in society. Aside from this, the less privileged classes suffer economically and have poor literacy rates. They perhaps do not understand the severity and damage an acid attack can have on a victim’s life.

In Pakistan, the patriarchal culture groomsmen into thinking they are the more superior gender and, therefore, hold a higher stature in society. Is it any wonder then that in 2011, the TrustLaw poll ranked Pakistan as the world’s third-most dangerous place for women? [iii]

It may come as no surprise that acid is not easily available in the Western world, but it can undoubtedly be obtained in Pakistan with little or no effort. Acid is often used to clean cotton and is widely used in agriculture. If you really want to hurt someone, a gun or any other type of weapon may be expensive to purchase. But acid-based products can easily be obtained from the local convenience store in the simple form of washroom cleaning liquid. And because this product is readily available in the market, it has contributed to the increasing number of acid attacks over the years.

Pakistan has and is becoming increasingly conservative, and women are often treated unfairly. Their conditions are worse, especially in poor, rural areas. They receive very little protection from the state and remain under constant pressure not to dishonor their families. In 2011, Pakistan introduced some laws to protect its citizens against acid attacks. “A minimum sentence of 14 years in jail and a fine of one million Rupees ($10,000)” was introduced for those found guilty of throwing acid.[iv]  A Pakistani English-language newspaper, The Express Tribune, reported Valerie Khan Yusufzai, chair of the Pakistan branch of the Acid Survivors Foundation, as saying that “the conviction rate rose from an average of six percent before the amendment to 18 percent in 2012.”[v] 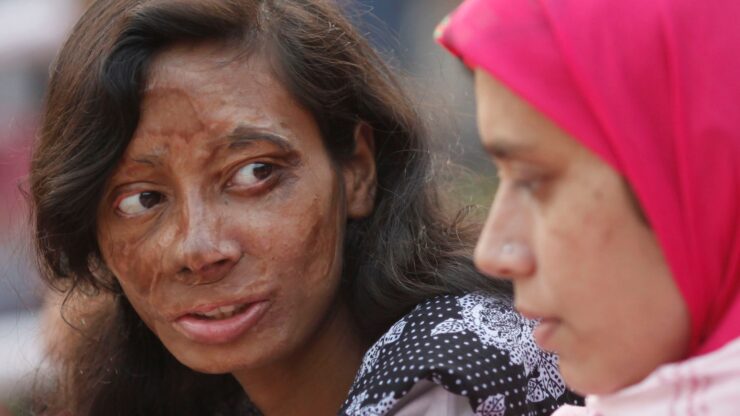 While it is good for lawmakers to pass such laws, more needs to be done to ensure that these laws are enforced. Often, corruption leads to the release of those guilty and, in many ways, punishes the innocent. There have been many arrests and convictions of the perpetrators of acid attacks in Pakistan since 2011. However, more can be done in the province of Sindh, which has the highest number of acid attacks every year. Better infrastructure & communication needs to be in place.

For the victims of acid attacks, there is some support from charities and organizations, including The Acid Survivors Foundation (ASF). The ASF is an organization founded in 2006 with the help of Acid Survivors Trust International to support survivors of acid attacks in Pakistan. ASF Pakistan mission is “to [aim] to eradicate acid violence from Pakistan and ensure that survivors’ human rights are protected and enforced.”[vi]

Organizations such as these face many daunting challenges ahead. They can lobby democratically and provide assistance to the victims, but the power to completely make a difference lies with the government. It is not enough for the government of Pakistan to say that they have passed domestic violence laws; they need to ensure these laws are implemented to the fullest extent.

How can we help the victims? There are many charities we can support financially or by offering our expertise and services. Most of all, we should raise awareness of these issues with our families and friends, and this requires minimum or no effort at all. Many times these issues are not publicized. However, if we, as an international community, are aware of these atrocities, then certainly we can find a way to put pressure on the Pakistani government to act in order to safeguard their people.

Asked to remove her hijab, this photographer created a picture of principles

How Islam Can Make You Happy