Protestors march with placards reading “Enough! Don’t turn our schools to Imam Hatips” on August 25, 2014, at Kadikoy in Istanbul. In recent months, parents have demonstrated outside of schools which have been turned into Imam Hatips – schools specializing in religious education combined with a modern curriculum.

ISTANBUL (AFP) – When Turkish pupils received their school entry exam results after the end of the last term, a textile worker and father Halil Ibrahim Beyhan received a surprise that was unpleasant to him.

His daughter had been assigned to a religious high school, like thousands of other students under a new system that caught many parents off guard.

Parents, educators and civil society groups have decried the move as another attack on Turkey’s secular principles by the Islamic-rooted Justice and Development Party (AKP) co-founded by President Recep Tayyip Erdogan, accusing the government of imposing religion on students.

“I am a practicing Muslim, I fast, I say my prayers and read the Qur‘an, but I still want my daughter to be educated in a normal school,” he said.

As part of a new nationwide exam introduced this year, some 40,000 students have been assigned to religious high schools either because they did not select any school, scored low marks or due to a technicality.

Most of them have been placed in schools nearest their home, but since so many religious schools have opened in recent years, it was difficult for some to avoid Imam Hatips — schools specializing in religious education combined with a modern curriculum.

Erdogan himself was educated in Istanbul at an Imam Hatip, beginning an education that saw him gain a place at university and then climb the ladder of Islamic politics. The name of the schools openly describes their religious vocation — Hatip being derived from the Arabic for a sermon.

Parents raced against the clock to pull their kids out of the schools by Monday, the first day of the new academic year in Turkey. But it turned into an ordeal for many of them, like Beyhan, who could not find a slot in another school.

His 14-year-old daughter Hacer, who has just started at Guzeltepe Imam Hatip High School in Istanbul’s conservative Eyup district, fears she may have to put off her dream of becoming a doctor.

“My dreams have been shattered. I woke up this morning and didn’t feel like going to school. Because this school thing frustrates me so much,” she said, her eyes welling up with tears.

“Since they want all the girls to wear a headscarf in this school, those who don’t wear one may face discrimination. This is my biggest fear,” she said.

A new report by the Education Reform Initiative (ERG) at Sabanci University revealed that the number of Imam Hatip schools in Turkey has increased by 73 percent in five years.

In recent months, parents have demonstrated outside schools which have been turned into Imam Hatips. In one of them, some 200 demonstrators stormed a government building in Istanbul’s secular Kadikoy district.

“The government is limiting the supply of mainstream education while expanding the supply of religious education. In the end, more and more children will find themselves in a situation where they will have to go to a religious school,” said Batuhan Aydagul, the director of ERG.

“Even if one child is enrolled in an Imam Hatip school against their will, it is a violation of human rights,” Aydagul said.

He added that there was a “systematic campaign” by public institutions, mosques and a number of NGOs around the country to persuade parents to send their children to religious schools. 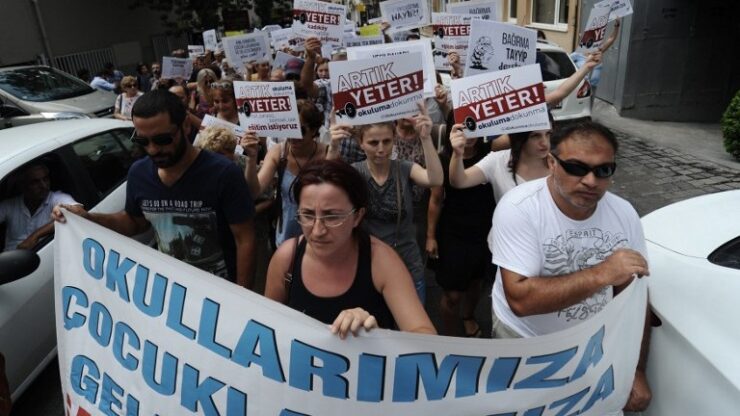 Critics say that efforts to expand religious schooling undermine the quality of education in Turkey, which already compares poorly with OECD averages.

A quarter of the 40 hours Imam Hatip students spend learning a week is dedicated to religious education, which includes subjects like the Qur‘an, Arabic and the life of Prophet Mohammed (peace be upon him). Combining them with the normal curriculum means a heavy workload for students.

Erdogan, who was elected president last month after ruling Turkey as premier for over a decade, is accused by his critics of betraying the secular principles of the Turkish Republic’s founder Mustafa Kemal Ataturk, who based post-Ottoman Turkey on a clear division between religion and state. Erdogan once famously said he wanted to raise a “pious youth” and made efforts to ban mixed-sex dorms at state universities.

An education reform introduced in 2012 scrapped a ban on Imam Hatip schools signing up pupils under the age of 15 and allowed them to study subjects other than theology at the university. 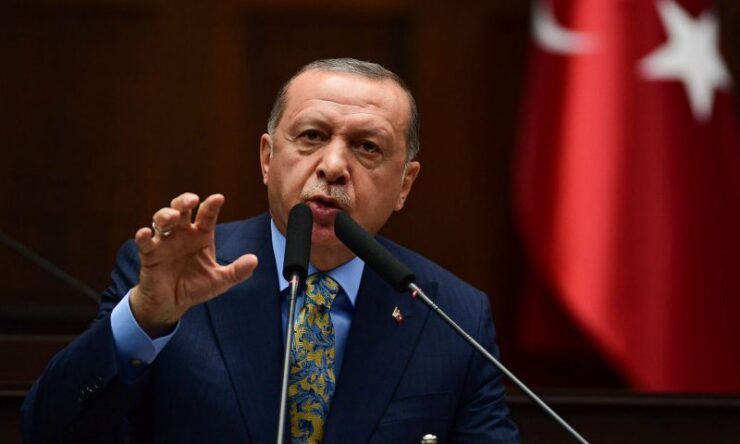 Turkish officials say there is a “huge demand” for the schools, which have been increasingly sought by conservative families anxious to keep their children away from secular state schools.

“Imam Hatip schools have always played an important role within the Turkish education system. They should not be portrayed as schools that no student wants to attend,” said Muammer Yildiz, Istanbul director of National Education.

“Most of their graduates have moved into high positions. Recently, one of them has become the president,” he said, referring to Erdogan.

“They are less likely to commit a crime or engage in illegal activities. It is scientifically proven,” he argued

At a male-only Imam Hatip high-school in Carsamba, one of Istanbul’s most conservative neighborhoods, students like 17-year-old Mahmut are not complaining.

“In addition to religion, they teach us history, geography, maths and physics here. They teach these subjects at other schools too, but not the religion. I think that’s a good thing for us,” he said, smiling beneath his thin mustache.

This Artist Fights ISIS With A 3D Printer

Challenges Faced by Muslim Students as they Study...