ISLAMABAD, July 14, 2013 (AFP) – Pakistan’s first group of female paratroopers completed their training on Sunday, the military announced, hailing it as a “landmark achievement” for the nation.

Captain Kiran Ashraf was declared the best paratrooper of the batch of 24, the military said in a statement, while Captain Sadia, referred to by one name, became the first woman officer to jump from an MI-17 helicopter.

Women have limited opportunities in Pakistan’s highly traditional, patriarchal society. The United Nations says only 40 percent of adult women are literate, and they are frequently the victims of violence and abuse. 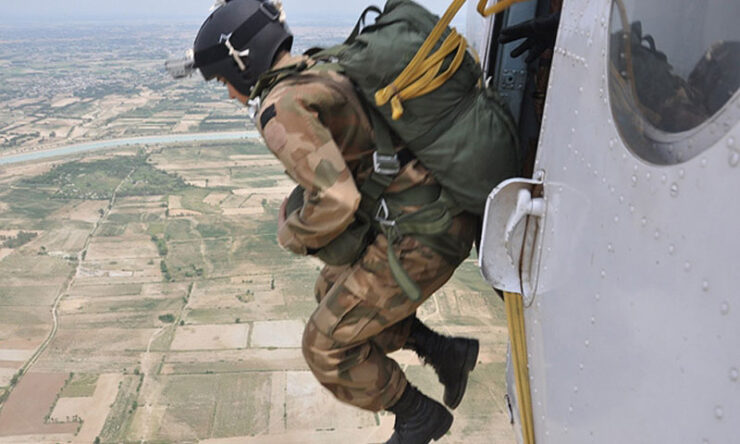 But in 2006 seven women broke into one of Pakistan’s most exclusive male clubs to graduate as fighter pilots — perhaps the most prestigious job in the powerful military and for six decades closed to the fairer sex.

After three weeks of basic airborne training, which included exit, flight and landing techniques, the new paratroopers completed their first jump on Sunday and were given their “wings” by the commander of Special Services Group, Major General Abid Rafique, the military said.