Earlier in March, the Islamic Education and Research Academy (iERA) launched its ‘Islam is Green’ campaign in conjunction with the ‘Time to Act Climate Change’ march in London.

The ‘Islam is Green’ campaign saw iERA’s official launch of their official website, a destination designed to empower Muslims in tackling climate change and fulfilling their religious duties towards nature.

Additionally, iERA provided training and delivered a lecture on the importance of looking after the environment from an Islamic perspective at a local community center. After the talk, iERA volunteers made their way to the assembly point in central London, where they joined a group of more than 5,000 people from various backgrounds who came together to voice their concern on climate change.

During the demonstration, iERA volunteers handed out leaflets to members of the public informing them of how Muslims take the preservation of the environment seriously. They engaged in many interesting discussions, and the response was overwhelmingly positive. Demonstrators were very surprised to know that Islam has a supportive stance towards the environment, and this initiated numerous discussions where they wanted to find out more.

iERA also teamed up with an organization called ‘Made in Europe’, a campaign group who envisage the Muslim community leading the struggle against global poverty, injustice and environmental issues. The collaboration with Made in Europe was very productive, and the feedback from the general public was extremely promising. 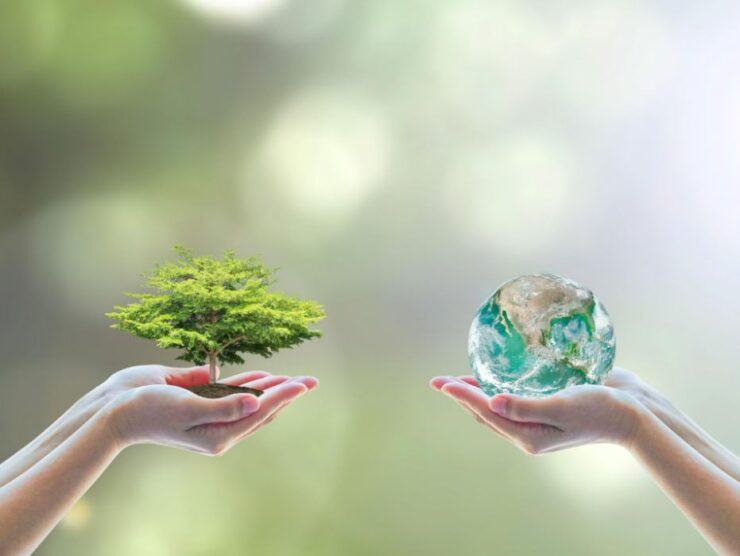 The ‘Islam is Green’ campaign was endorsed by the general public who wanted more Muslims to participle in future environmental events.

The iERA team also gained interest from a number of independent media outlets, which led to two interviews with Reel News and Nuwave Pictures.