Throughout history, Muslim women have been happy to adorn themselves, and they have adorned their female children since they were two or three years old. They threw a flower, tulips, and even gold coins on their fezzes, and pearls or gold coins under their necks. They made earrings of silver or gold or wear golden coins on ears.

On their hands, they wore bracelets, mostly made from silver or gold if they are richer. Women and girls were also adorned, except that jewelry was much more expensive for women and girls than for children. Jewelry on a rich Muslim woman or girl are worth so much at that time.

Islam and the decoration of women

1)Because ornaments and adornment are from the basic and innate needs of a woman, because Allah, the Exalted, created them to love adornments and to have the instinct to adorn, so if they were denied it they would feel great difficulty.
2) Because it is an obligation for a woman to be protected and taken care of more than a man, so if she loses the right course, when it comes to her decoration, it happens to be one of the biggest causes of debauchery and trouble on Earth.

A woman’s response in innate femininity

A woman’s adornment in Islam is not at the level of purpose, but at the level of the means by which a woman responds to her innate femininity, and to appear before her husband in the most beautiful appearance, resulting in lasting love and compassion between them.

It is not appropriate for a woman to dedicate more time and money to jewelry than it deserves. On the contrary, it is an obligation to strive for moderation.

He who realizes the value of time has truly realized the value of life and every part of it. Wasting money is forbidden, both religiously and rationally, so let every Muslim woman take good care of herself when it comes to spending her fortune on cosmetics and fashion.

When it comes to history, it is a symbol of a woman’s social and economic status and a direct indicator of her role as a married woman and mother. At the time of marriage, a part of the dowry was paid in jewelry, which the woman, as her property, could keep or sell. Also, during the birth of the first child, it was customary for the husband to give the wife jewelry.

It has traditionally been believed that jewelry has magical powers, especially attributing turquoise to the power of protection against spells. One of the legends says that in moments of happiness, turquoise becomes bright, and then when the person wearing it is sad, it becomes dull and pale.

Also, there is a myth according to which the hanging elements on the jewelry drive away evil spirits with their rattle. In addition, it was believed that the color of a particular gemstone had its powers.

Green, red and blue are believed to have had protective powers, so it is not surprising that turquoise, agate and coral are some of the most popular elements on Arabic jewelry.

It covers most of the face, except the eyes, leaving no room for earrings or necklaces, but provides the opportunity for ornaments that fall over the forehead and thus direct attention to a look full of mystery. Also, the free hands are decorated with numerous bracelets and rings

Often, instead of a scarf, the face is hidden by a mask made of gold coins, again with free space for the eyes.

Islamic motifs permeate the design of this jewelry. They often contain small pieces of paper with parts of the Quran written on them, which protect the person who wears the amulet. One of the common motifs is the hand, whose mathematical equivalent is number five, and among other things, it symbolizes the five principles of the Islamic faith. In addition, numerous geometric shapes, floral motifs, motifs of leaves, crescents, animals, calligraphy are present in the design, which makes this jewelry as beautiful as the look of women who wore it or still wear it. 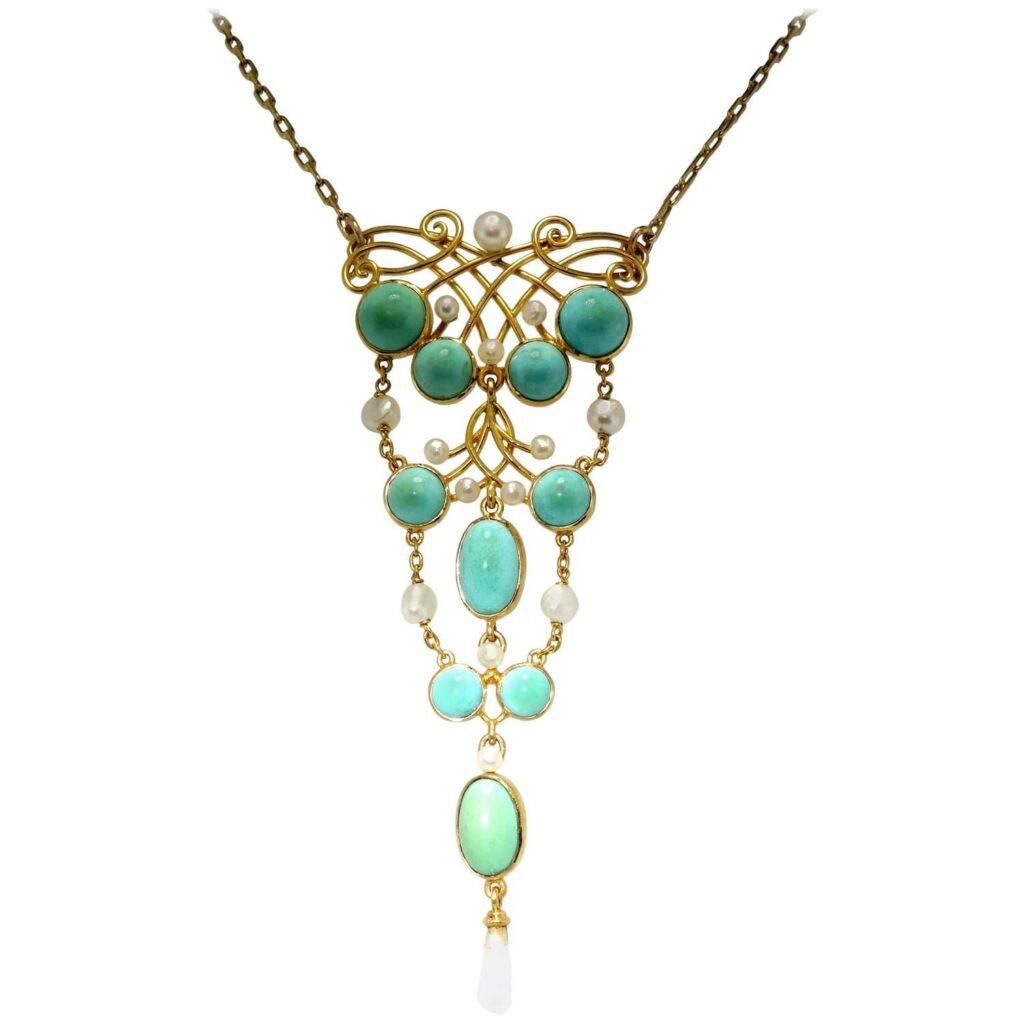 Although this jewelry has changed a lot and modern women from this area prefer to wear lighter pieces instead of massive, and instead of traditional silver they become more inclined to gold, still this jewelry is still a proof of rich heritage – necklaces made of coins, rings and necklaces decorated with turquoise. For gold Islamic jewelry have a peek here.

As we mentioned earlier in the text, this is a piece of jewelry intended for all men of the Islamic faith. And about the etiquette of wearing a ring, the following narration tells us: The Messenger of Allah, wore a ring on his right hand. Wearing a ring is an ornament and a beautiful thing.

Thus the ring for a Muslim should be made of silver, it should not be exaggerated.

In the past, jewelry was a type of body decoration used with the intention of marking social status, drawing attention to certain parts of the body, but also in something much more important – their personality.

In addition to decorating the external appearance, it also serves as a means of non-verbal communication, with which we can present our character in the most transparent way.

7 Best Shampoos for Colored Tresses in 2020

4 Mistakes to Avoid While Buying Your Bridal...