Ameera Al Hakawati looks at the complex issue of skin tone facing young women in the Middle East and beyond.

Like most women, I’ve had my fair share of hang-ups about the way I am. From the way I look to the way I talk, walk and wear my hijab, I’m pretty sure I’ve overanalyzed every part of myself, inside and out.

Looking back at my younger years, I recall one thing that used to bug me more than anything else – mostly because I knew that no amount of dieting, magic potions or vitamin supplements could change it. And I know I wasn’t the only one who struggled with it.

In fact, I am 100-percent confident that each and every woman of Middle Eastern descent has thought about her skin color at some point in her life. I’m also certain that some of these women have wished – whether secretly or not – to be a tad fairer than the color God painted her.

I was, and still am, one of those women. I think it’s rather disgraceful really, given that I’m a smart, successful, and accomplished woman, who should be able to rise above such petty concerns. 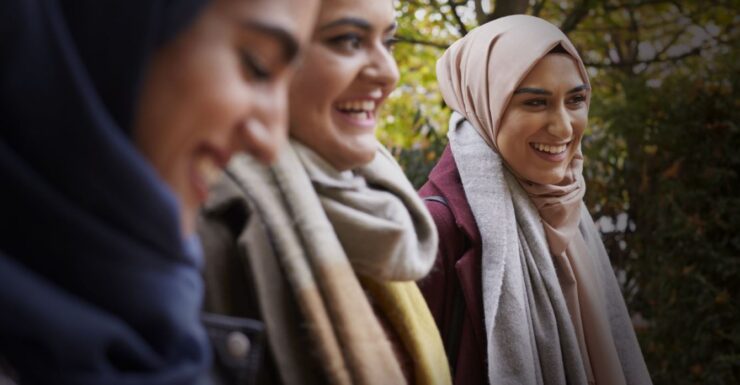 While I don’t consider myself ‘fair’, I’m not particularly ‘dark’ either. Maybe more like a shade in the middle. But why should it matter if I were white, brown, black or turquoise?

I’ve spent my entire life in a society and culture that places a huge emphasis on the way a woman looks. It doesn’t matter if she is a doctor, rebuilds houses in Haiti or knows how to breakdance. If she happens to be ‘dark’, she is automatically deemed ‘ugly’.

Growing up, I became aware that my society automatically equated skin colour with beauty. I heard my grandparents, aunts, uncles – pretty much every relative – talk about how young women looked. It wasn’t long before I made a correlation between the girls they considered ‘pretty’ and the girls who had fair skin. Pretty girls with darker skin were spoken about ruefully. Regardless of how attractive they may have been, observations always ended with ‘But her skin is dark!’

My mother never made us feel as though we were lacking in any way, nor did she ever smother us with sunblock or force us to stay away from the burning summer sun – which is more than I can say about my friends. I knew a girl who became so upset by the ‘darky’ comments constantly directed at her by her own mother, that one day she scrubbed her skin until it bled. 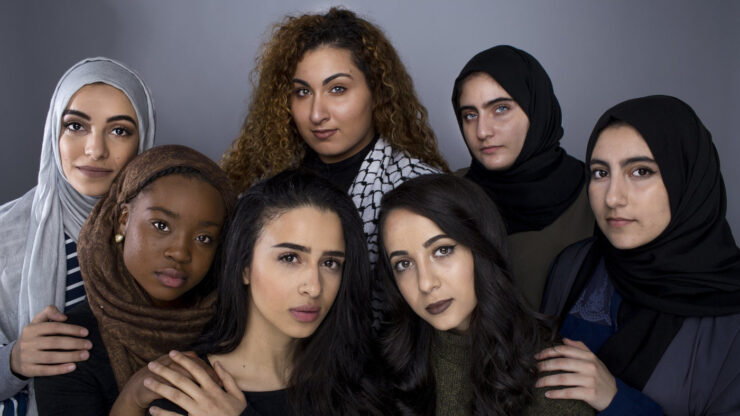 Although I never did anything quite as extreme, I remember buying a tub of ‘Fair and Lovely’ at one point. I lathered my face with it until my skin became so dry and irritated and I realised that the only fairness that was being achieved was due to the dry and white patches that were beginning to form. In my eagerness to conform to my culture’s perception of beauty, I had completely overlooked the harmful chemicals in whitening lotions and the detrimental effects they could have on my skin.

My paranoia escalated when I moved to Dubai. All around me, everyone (and Arabs in particular) seemed obsessed with a Caucasian kind of beauty – heightened by the huge influx of Russians and Eastern Europeans. I saw brown girls who dyed their hair blonde, wore blue contact lenses and covered themselves with a foundation three shades too light, in a desperate attempt to appeal to the majority.

Inferiority complex or a desire to look like white women? Either way, the result was unattractive. While I knew I would never stoop that low, I did apply Factor 100 sunblock every day, refuse to go out in the sun and tint my car windows far above the legal limit of 30 percent to avoid getting a tan. I even wore gloves when I drove and carried an umbrella in my bag – not to protect myself against the rain, but the evil sun.

To make an already sensitive situation worse, when I was preparing for my trip to my husband’s country (aka ‘Obscurity’) to get married, a colleague said to me oh-so-nonchalantly: ‘You do realise that in his country, only white-skinned girls are considered beautiful?’ I carried these words of wisdom all the way to Obscurity and back.

No wonder I almost had a nervous breakdown when I had to meet my in-laws.

Despite taking all possible precautions, I’m still a good three or four shades darker than I was when I lived in London. My foundation shade can testify to this. So can my grandmother, who always sighs woefully when she sees how much more tanned I’ve become.

The funny thing is, I noticed that the darker I get, the less I care. This is a recent phenomenon that crept up on me so silently that it almost went unnoticed. These days, I sometimes find myself walking in 40-degree heat without even caring or noticing that I’m not wearing sunblock.

I realise why it no longer bothers me as much as it used to. I realise that there are so many more important issues in life than the shade of one’s skin. If someone thinks I’m ugly because of my skin colour, I don’t really care. I know who I am and what I have achieved. I’m also blessed with a husband who thinks I’m fabulous – who cares if his mother thinks I’m not pretty just because I’m not white? She’s not the one I’m spending my life with.

Ultimately, it’s all about perception. For every woman in the East who spends her life applying whitening products and hiding under sunshades, there is one in the West buying tanning lotion and baking on the beach. And that makes me wonder: why do we so desperately try to look like the other when we could be happy if we just tried to look like ourselves?