In the wake of Hamas’s new public feminine face, Fatimah Jackson-Best discusses why Muslim women taking on positions of power is revolutionary and necessary.

Last week it was announced that Isra Almodallal had been appointed as the new foreign press spokesperson of the Hamas authorities in Palestine’s Gaza strip. This historic move made 23–year-old Isra the first woman ever to hold the position, with her appointment signifying a shift towards changing the international image of Hamas. Born in Gaza and educated in England, Isra affirmed her social and political sentiments in stating that she is “a Palestinian activist who loves her country”[1]. 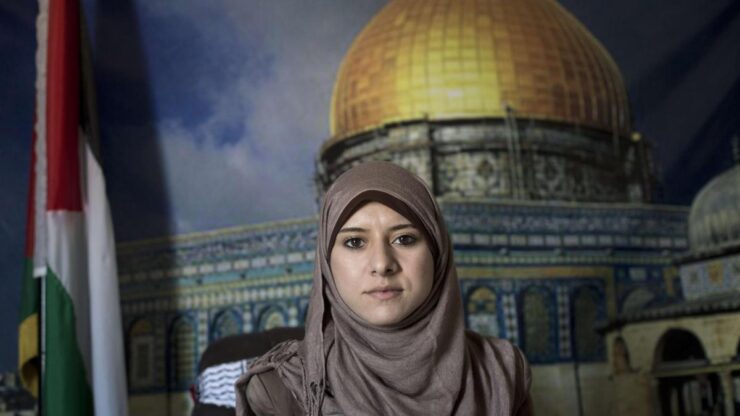 Some news sources have called Hamas’s move an attempt to freshen the image of the organization in international arenas where Palestinians are marginalized and Hamas is often vilified. Whatever the angle or intention, Isra’s new position is groundbreaking because it challenges sexist notions about Muslim women in leadership positions.

It is no secret that in many Muslim communities, the idea that a woman can take a leadership position is taboo and sometimes even actively discouraged. Similarly, many mainstream Islamic organizations and even our mosques have not allowed women to rise in the ranks and move into positions of power despite the fact that women are usually the backbone of their community.

The mosque, in particular, is one space where we clearly see women’s marginalization; they are typically relegated to secretarial and administrative positions, but rarely allowed to inherit positions of influence or leadership. These examples show that we have an institutionalized issue of sexism and gender imbalance when it comes to leadership in the Muslim world and in our Muslim communities.

The reasons for this imbalance may be found in conservative interpretations of the Qur’an, unequal access to education and opportunities for women, or a mixture of all these factors and more. As a consequence, Muslim women are very rarely groomed and encouraged to take on positions that would put them in the public eye. Instead, time and again we see countries and organizations where fathers transfer power to their sons without considering that change is necessary and inevitable. 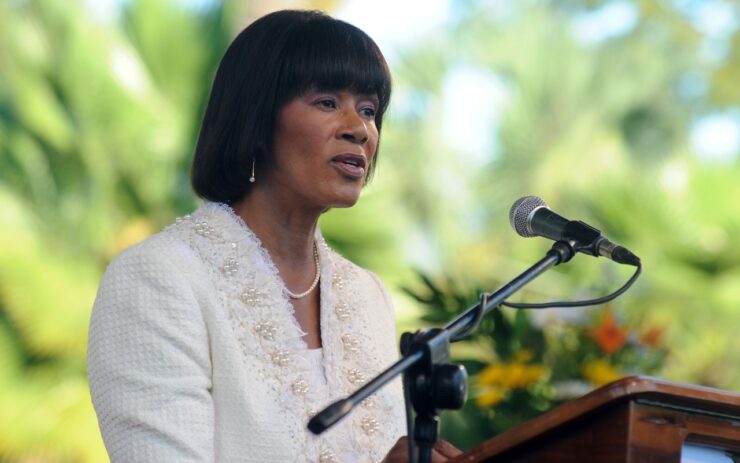 Meanwhile around the world, women are more frequently coming into powerful leadership positions. From Prime Minister Portia Simpson-Miller in Jamaica to Senegal’s newest leader Aminata Toure, women are taking the highest offices of their countries. Why then are so many Muslim countries and organizations today seemingly hesitant to get with the program?

Perhaps what is preventing us from moving forward is a reluctance to initiate the necessary fundamental changes to how Muslims view leadership. In order for women to take such positions, we all need to participate in transforming how leadership is perceived, which also entails shifting the idea that leadership is only intended for men. This outdated assumption does nothing for us personally or collectively. To get rid of it, we all need to think about our own prejudices about women’s leadership and then throw them out.

In addition to this, women must be encouraged to take leadership positions. As Dr. Ingrid Mattson explains, this may mean establishing positions for women so that they can meaningfully participate in our governments, mosques, and Islamic organizations. 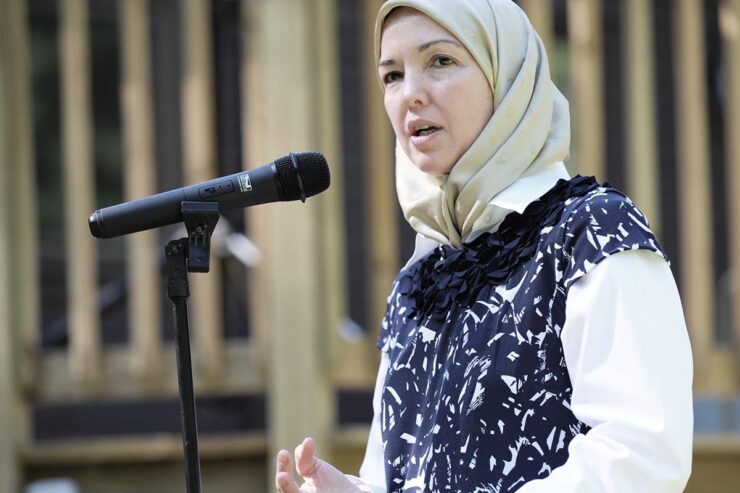 Change of this nature must be systemic so that it seeps into every crevice of our communities and societies. In doing so, we may be able to create enough change to force out old ideas. Of course, this task will be long and hard, but the alternative – to leave things as they are – is untenable.

As a global Muslim community, we must realize that it is essential for women to be facilitated in taking positions of power, whether in the spheres of politics, education, theology or organizations. Women’s experience, inputs and perspectives are crucial and they must be integrated into our social consciousness.

The hope is that in doing so, fearless women like Isra Almodallal will eventually become the norm rather than an exception.