Muslim women can create great change in their communities and at a wider societal level when they put their heads together. Amal Awadspeaks to Maha Abdo, who has led the charge over the last two decades.

Maha Abdo doesn’t like talking about herself. The well-respected CEO of the Muslim Women’s Association (MWA), based in Sydney, Australia, says this at the start of the interview, and for a moment I’m worried she won’t want to talk about all of the things she and the organization have achieved.

But then she goes on to reveal that this Ramadan has actually forced her to talk about herself. She’s being asked questions – a lot – by both Muslims and non-Muslims, which have served to remind her of her journey.

‘Subhanallah, there’s hikmah [wisdom] in the last 30 years. I just need to pause, take a step back.’

Ramadan, she adds warmly, is a time to look at your strengths and weaknesses, and to ask if you’re being effective and sincere in your intentions.

‘One of my most critical revelations was that I needed to relearn how to renew my intentions because it’s a habit. It’s one of those habits I need to undo and relearn.’

Being forced to sit and contemplate has become a positive habit this Ramadan, delivering an essential lesson.

‘The teaching I’ve learned is that each day I must sit, pause, go back a little bit again so that I’m nourishing myself, regaining my own strength, centering myself and focusing on Allah SWT. That’s always been done on auto-pilot.’

There’s something immensely refreshing in the eloquence of her words. Hearing Maha talks about the illusions of life, and how deeply we become entangled in them, losing sight of reality, I’m half wondering if she wouldn’t be out of place heading a self-help seminar.

Then again, MWA is all for self-help and, very importantly, the empowerment of women. It was established 30 years ago, and Maha has been on board since she began as a volunteer 25 years ago. A well-recognized figure in Sydney’s (and the wider) Muslim community, Maha is not only regarded for her mentoring, but for being an agent of change. 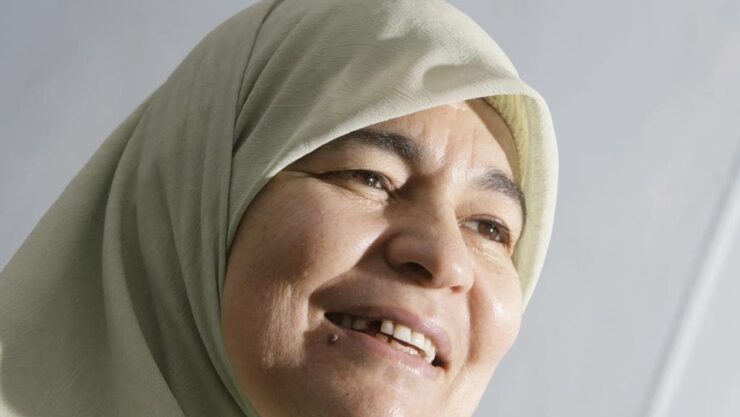 ‘I had a dream to provide a space for young women that is an alternative space to Sunday Schools, where they run camps and study circles. It was for my own daughters before anyone else.’

The mother of four (two daughters and two sons), concedes that MWA has seen its share of challenges.

‘I remember going into the organization with the aim of learning about Islam and the differences between religious and cultural practices for Muslim women. And I realized there’s a lot of work to be done. I had no idea where it was going, what they were doing. We were just a bunch of women working on settlement issues. Most were women who had just settled in Australia.’

It’s come a long way from being an organization that faced difficulty setting up a girls-only camp in the early years. Getting mothers to trust them with their daughters was a tall order, though Maha only realized this in hindsight.

‘I never saw it as a challenge at the time, I just thought I had to do it.’

Gaining the support of a local well-respected imam aided their cause.

But MWA’s expansive umbrella has since covered much more than camps. Its core skill is dealing with victims of domestic abuse or violence. On the smaller end of the spectrum, there are women facing issues at home, who need a push to discover their own potential and become more empowered, with the aim of restoring families.

Maha says MWA doesn’t try to influence the woman’s choices – she needs to make her own informed decision, and that can take a long time.

‘We have professional social and welfare workers who provide that space for the women and their children. We don’t encourage or discourage. But what’s unique is we provide information and give her enough information to let her know she has to control her life and doesn’t blame others,’ she notes.

For battered women, however, the police get involved, and you don’t enter into a discussion.

‘For hardcore domestic violence and emotional violence, there’s a protocol, strategy and plan to deal with it. The model we use in a refuge is used around the world. It involves working with the perpetrator if it’s safe, and also the community so that the woman doesn’t feel ostracised.’

More generally, MWA takes a practical approach to air women’s issues and self-development in general. With the camp and study circle spaces saturated, MWA has been focusing its attention on ongoing programs to meet the various needs of its membership.

For starters, there’s the Sunday Afternoon Youth Intensive (SAYIT), which has been running for the last four to five years. The program works on a mentoring model – for young women, working with other women.

Then there are Mothers Inspiring Mothers (MIM), which has been running for the last 18 months.  MIM addresses a rising trend amongst the Muslim women MWA encounters.

‘What’s coming out now is very much not an issue of faith versus dunya,’ Maha says, referring to Divine versus Earthly influences. ‘I can tell you what it’s not. It’s not about rights and responsibilities. It’s more about external influences that can’t be measured.’ 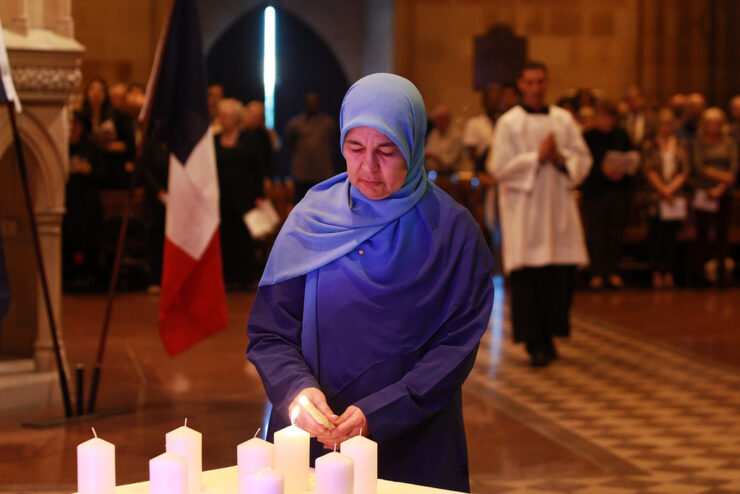 More specifically, it’s a growing problem not unique to Muslim women – the challenge of balancing work and home lives.

‘In the past, if a woman wanted to work or get educated, there were a few issues with the extended family. We worked it out and women were able to get higher education and get into the workforce. But now the demands have increased on them so much, they have difficulty balancing it all.’

MIM goes some way to dealing with the stress many Muslim women are feeling when they realize work is overtaking their family lives, and that they don’t occupy the role of the mother in quite the same way as their own. What doesn’t help the situation is a lack of support from extended families who aren’t always willing to step in and assist when needed.