Malala in peace move after Nobel win with India’s Satyarthi

OSLO, October 10, 2014 (AFP) – Pakistan’s Malala Yousafzai, who became the youngest ever winner of the Nobel Peace Prize on Friday, made a high-level peacemaking move after sharing the award with India’s Kailash Satyarthi for championing children’s rights.

The 17-year-old girls’ education activist — who heard of her win during a chemistry lesson at her school in Birmingham, England — invited the prime ministers of oft-warring India and Pakistan to the ceremony in Oslo in December when she and the 60-year-old Indian activist will receive the award.

“The award is for all the children who are voiceless, whose voices need to be heard,” she told a press conference held at the end of the school day so she wouldn’t miss class.

Malala has lived in Britain since she was brought there for treatment after being shot in the head in 2012 by the Taliban near her home in Pakistan’s Swat Valley for her advocacy of the right of girls to go to school.

The selection of such a young winner was bound to make headlines, but it also came amid news that 17 civilians died in the worst violence in decades in the disputed Kashmir region between India and Pakistan. 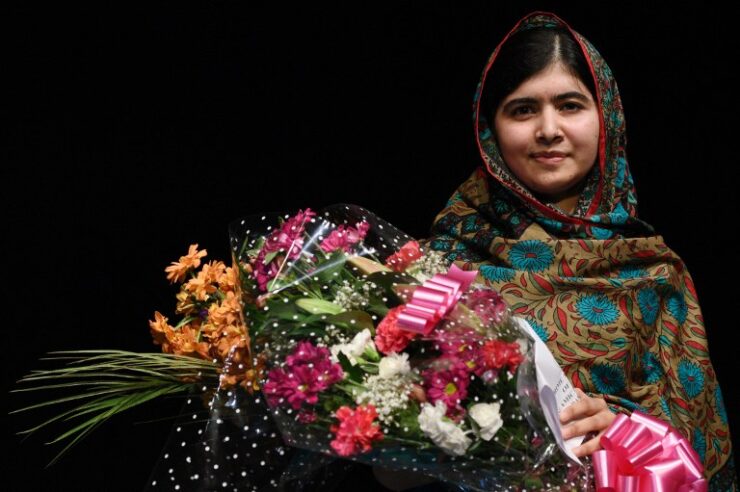 Pakistani rights activist Malala Yousafzai poses for a photograph after addressing the media in Birmingham, central England on October 10, 2014. The Nobel Peace Prize went Friday to 17-year-old Pakistani Malala Yousafzai and India’s Kailash Satyarthi for their work promoting children’s rights. Seventeen-year-old Nobel Peace Prize winner Malala Yousafzai said she was “honored” to be the first Pakistani and the youngest person to be given the award and dedicated the award to the “voiceless”. “This award is for all those children who are voiceless, whose voices need to be heard,” she said.

Malala did not miss the significance of the moment, paying tribute to her co-winner anti-child labor activist Satyarthi and inviting Indian Prime Minister Narendra Modi as well as his Pakistani counterpart Nawaz Sharif to celebrate their joint win.

The Norwegian Nobel Committee said the duo had been chosen for their struggle against the repression of children and young people and “for the right of all children to education”.

“Through her heroic struggle Malala has become a leading spokesperson for girls’ rights to education,” the committee said

Standing on a box so she could reach the podium, the teenager joked that the Nobel would not help in her exams or in arguments with her young brothers. And she paid emotional tribute to her father “who did not clip my wings. I thank him for letting me fly.” 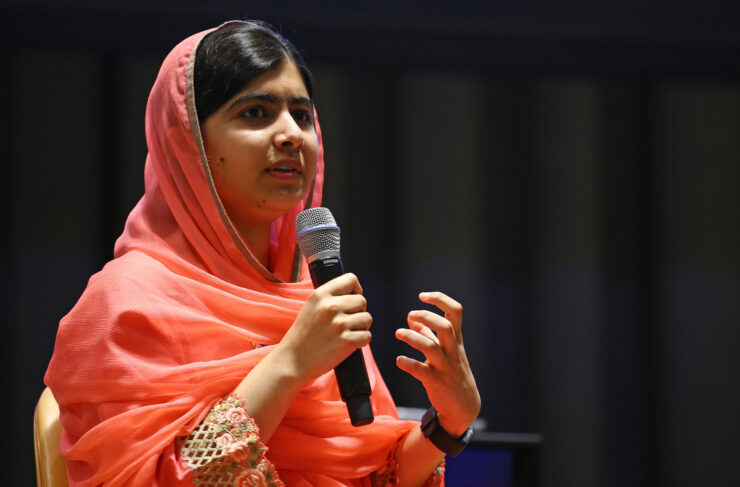 ‘Voice of our heart’

Joyful Pakistanis celebrated her receiving the prestigious award in her home town of Mingora with dancing, singing and the sharing of cakes.

Ayesha Khalid, who was at school with Malala, said: “It’s not Malala alone winning this award, the girls of Pakistan have won it…(she) is the light of our eyes and the voice of our heart.

“She has proved that you can’t put a halt to education by blowing up schools.”

Satyarthi, who founded a consumer campaign in the 1980s to combat child labor in the handmade carpet industry, said he was “delighted,” calling the Nobel prize “recognition of our fight for child rights”.

The low-profile activist heads the Global March Against Child Labor, a combination of some 2,000 social groups and union organizations in 140 countries. He is credited with helping tens of thousands of children forced into slavery by businessmen, landowners, and others to gain their freedom.

“Something which was born in India has gone global and now we have a global movement against child labor,” he told Indian television.

Pakistan’s premier Sharif called Malala the “pride” of his country.

“She has made her countrymen proud. Her achievement is unparalleled and unequalled. Girls and boys of the world should take the lead from her struggle and commitment,” he told AFP in a statement.

US President Barack Obama also congratulated her, saying he was “awe-struck by her courage”.

The head of the UN educational organization UNESCO praised both winners, saying the awarding of the peace prize “sends out a resounding message to the world on the importance of education for building peaceful and sustainable societies.”

“Kailash Satyarthi is a close friend of UNESCO and has been at the forefront of the global movement to end child slavery and exploitative child labor since 1980,” UNESCO Director-General Irina Bokova said. 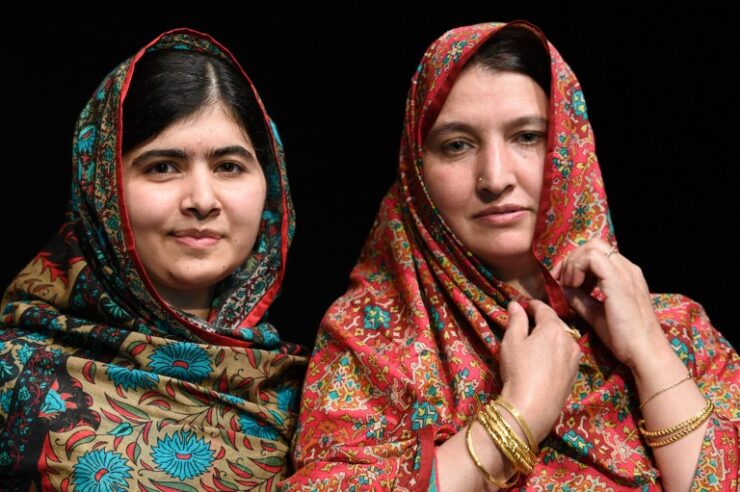 Pakistani rights activist Malala Yousafzai (R) poses for a photograph with her mother Torpekai after addressing the media in Birmingham, central England on October 10, 2014. The Nobel Peace Prize went Friday to 17-year-old Pakistani Malala Yousafzai and India’s Kailash Satyarthi for their work promoting children’s rights. Seventeen-year-old Nobel Peace Prize winner Malala Yousafzai said she was “honored” to be the first Pakistani and the youngest person to be given the award and dedicated the award to the “voiceless”. “This award is for all those children who are voiceless, whose voices need to be heard,” she said.

“Malala stands with us in the struggle for universal education, especially for girls,” Bokova said.

The chairman of the Norwegian Nobel Committee, Thorbjoern Jagland, said Malala’s youth was not a factor in awarding the prize.

“Our consideration has been to highlight the young who have stood up… and the old who have worked for years against child labor and for children’s rights,” he said.

“We have noticed that she has received a long line of other prizes…. The most important thing in the fight against extremism is to give young people hope,” he added.

Since her brush with death, Malala has become an international star. She received a standing ovation in July 2013 for an address to the United Nations General Assembly in which she vowed she would never be silenced.

The mad courage of Shamima Shaikh’s activism for mosque reform