Malala Yousafzai (R) stands next to her school friends Kainat Riaz (L) and Shazia Ramzan (C) during the first Global Citizenship Commission meeting at the University of Edinburgh in Scotland on October 19, 2013. AFP Photo / Andy Buchanan

LONDON, October 19, 2013 (AFP) – Campaigning Pakistani schoolgirl Malala Yousafzai was reunited on Saturday with two friends who were injured in the Taliban attempt to kill her.

Kainat Riaz and Shazia Ramzan met Malala during an event at Edinburgh University in Scotland, the first time they have seen her since the attack. 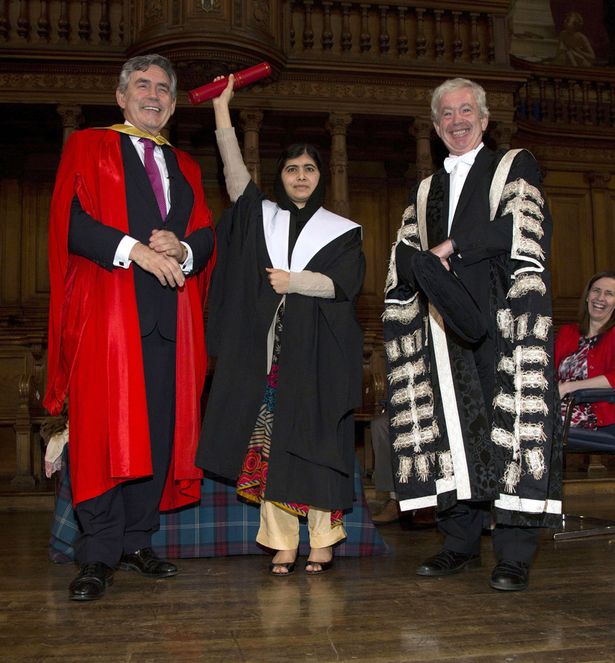 A Taliban gunman boarded the girls’ school bus in Pakistan’s northwestern Swat Valley in October 2012 and opened fire at Malala to punish her for championing girls’ rights to education.

Malala, now 16, was shot in the head while Kainat and Shazia were both wounded in the crossfire.

All three girls are now living and studying in Britain. Malala received medical treatment for her injuries at a British hospital.

They were the guests of honor at the launch on Saturday of the Global Citizenship Commission, a body of leaders representing politics, religious institutions, law and philanthropy.

“After I was shot the terrorists thought that I would not continue the struggle for education, but not only did I not stop my campaign but now Kainat and Shazia are with me and they are also supporting me,” Malala told the event.

Malala was also presented with an honorary masters degree from the university by former British prime minister Gordon Brown, who has backed her campaign. 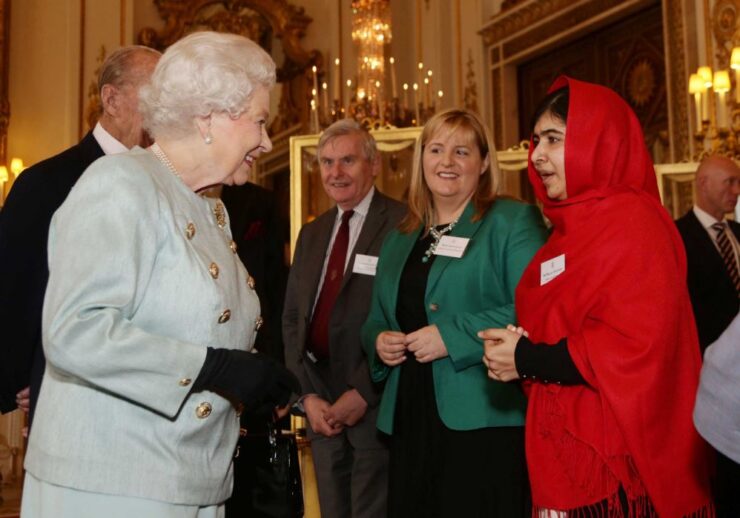 The event is the latest in a series to fete Malala’s work.

She went to Buckingham Palace on Friday to meet Queen Elizabeth II and her husband Prince Philip, while last week she met US President Barack Obama.

Malala was among the favorites to win the Nobel Peace Prize this month, but she lost out to the Organization for the Prohibition of Chemical Weapons.