Pakistani schoolgirl Malala Yousafzai (R), who survived being shot in the head by the Taliban, walks alongside Syrian refugee Mazoon Rakan after attending a press conference at the Zaatri refugee camp, near the Jordanian border with Syria, on February 18, 2014. Yousafzai was nominated for the World Children’s Prize in Sweden this month for championing education rights for girls.

AMMAN, February 19, 2014 – Pakistani schoolgirl Malala Yousafzai, who survived being shot in the head by the Taliban, urged the world on Wednesday to help Syrian refugee children receive a proper education.

“There are still so many girls and children who cannot go to school,” Malala said as she visited a school in northern Jordan’s Zaatari refugee camp. 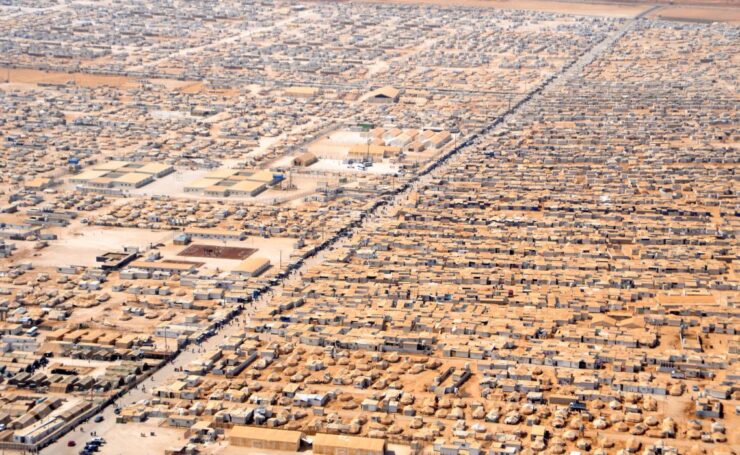 “I think the whole community outside, the international community, should help these children,” she said in a video posted on the website of the United Nations refugee agency UNHCR.

Zaatari, near the border with Syria, is home to more than 100,000 Syrian refugees – more than half of them children. 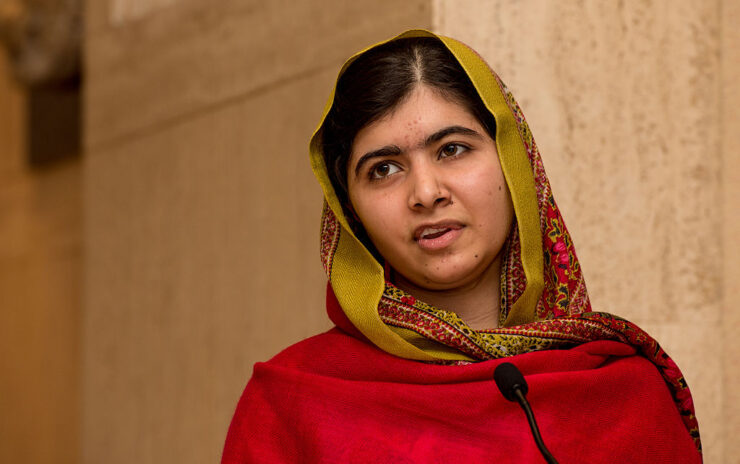 “Malala’s visit was very important to me because she is a girl who faced a lot of difficulties at an early age in her society. So she is interested in education because education is the most important thing,” said 16-year-old Maisun, a Syrian girl who accompanied Malala on her visit.

Malala, 16, who last year was nominated for the Nobel Peace Prize which Nelson Mandela won, talked to Syrian schoolchildren and attended classes.

“Having Malala here is really key to highlight… that we need to offer as many opportunities as we can for children to access formal schools, to access informal education and get the psychological support that the need now before they become adults,” Toby Ficker, a UNICEF communication specialist, said in the video.

According to the United Nations, 80 schools in Jordan hold classes for Syrians in the afternoons, leaving 25 percent of the nearly 140,000 Syrian school-aged children across the kingdom not in classes. 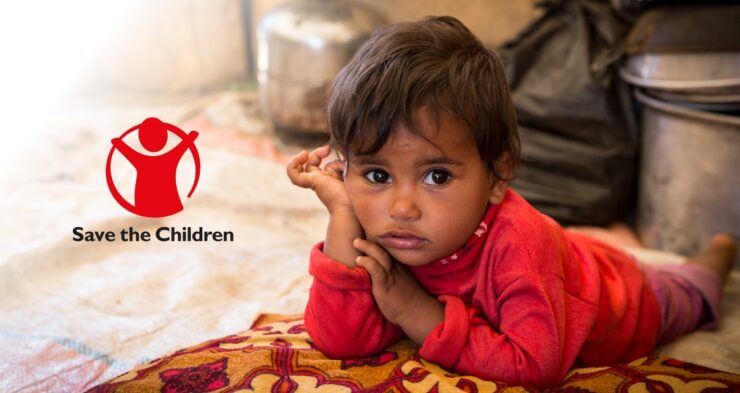 The Malala Fund is already teaming up with Save the Children to build a new school and expand an existing one for the refugees in Jordan, home to more than 500,000 Syrians who have fled the war in their country.

Malala, who now lives in Britain following extensive medical treatment, was shot by a Taliban gunman in 2012 over her outspoken views on education for girls in her home region of northwest Pakistan.

Amman has said it will award Malala the King Hussein Leadership Prize “for her courage and continued efforts to challenge ignorance and injustice and oppression of women.”

Rowing Her Way to Gold