Home Culture Muaddhin, a historic journey across America
CultureIslam in the Americas

This coming Friday, Jameel A. Syed of Auburn Hills from Michigan will embark on a journey to become the first Muaddhin (Muslim caller to prayer) in the history of America to make the Adhan (Muslim call to prayer) in all of its fifty states.

Muaddhin: A Historic Journey Across America, chronicles the historic journey of Jameel Syed, in his adventure to become the first Muaddhin in history to make the Adhan in all fifty states across America. Inspired by Prophet Muhammad’s(enter saw symbol) Last Khutbah, he will stop at one mosque in every state, make the call to prayer, and read the last Khutbah of the Prophet. The entire trip will be chronicled, real-time, through photographs, videos, and updates. The journey will begin on April 3rd, 2015.

At each stop, Syed will shoot a short 3-minute video of mosque-goers who will outline the history of Muslims in the state and community while providing a customized message to the rest of America. There will be a segment called “Breakfast with the Muaddhin” at select participating mosques to further the dialogue of building bridges between groups and interfaith communities.

On a daily basis, Islamophobia fills the news headlines when it comes to stories about Muslims and Muslim Americans, and it is our hope and intention that the project will be the force to change all that. The initiative gives the international Muslim community the opportunity to dictate the terms of our own narrative in the United States. Instead of reacting to headlines, we’ll be creating our own by building a positive story around the community. 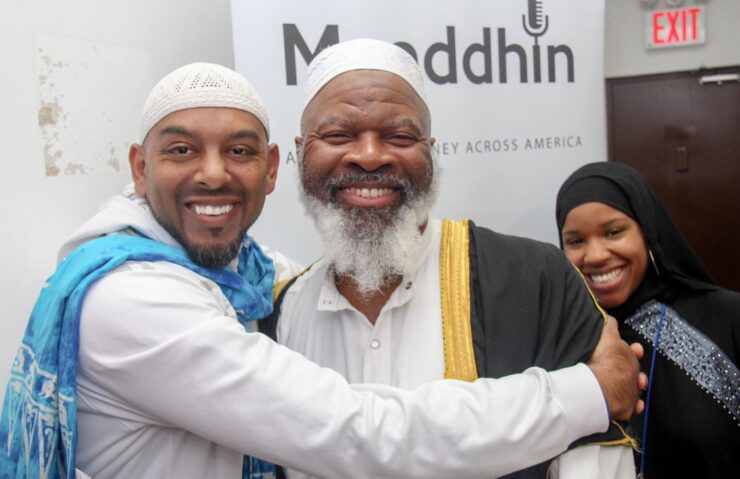 Too often, we fail to communicate with communities of other faiths – and this historic initiative will give us the chance to connect with different individuals on a level that hasn’t been done before. More than having one or two interfaith dialogues, this is the chance to create a ripple effect across the country. this project will give a purpose for the world to rally around – a chance for hope amidst fear and helplessness.

What does the word Muaddhin mean? Muaddhin is Arabic for “the person making the call to prayer.” It is a term used in Islam, and the call to prayer is known as the adhan. However, for posterity’s sake, the Arabic terms will be used throughout the course of the journey.

Why is this project being undertaken?

This project is being undertaken because Muaddhin Jameel wants to make the call to prayer and the last words of the Prophet Muhammad (peace and blessings be upon him) go viral. The goal is to reclaim the American Muslim narrative and give mosques the opportunity to deliver a positive message to the world. The entire trip will be chronicled in real time, through photographs, videos, and blog updates. The initiative gives the international Muslim community the opportunity to dictate the terms of our own narrative in the United States. 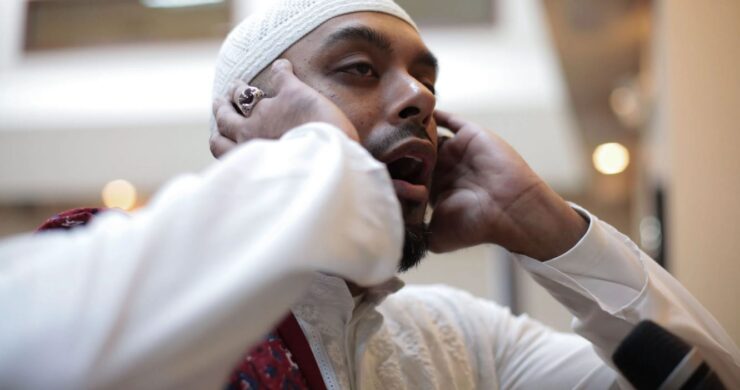 Who is funding the journey?

This journey is being funded by all of those people who believe in a positive narrative, from non-profits to for-profits, individuals, non-Muslim and Muslim alike. American Muslim non-profit organizations like LIFE: For Relief and Development, and by donors of a GoFundMe crowdfunding campaign, that will be running for the entirety of the journey.

What is being done at each mosque during the trip?

Jameel Syed will be making the call to prayer and giving the Prophet Muhammad’s Last Sermon. Thereafter, an opportunity will be given to mosque officials to outline the history of Muslims in the state and community, discussing the positive influences they have made in their neighborhoods, workspaces while providing a positive message to the rest of America. There
will be a segment called “Breakfast with the Muaddhin” at select participating mosques to further the dialogue of building bridges between groups and interfaith communities.

Who is Jameel Syed?

Jameel A. Syed is an executive, author, and Muaddhin based on Auburn Hills, Michigan. His concentration and focus is Strategy Consulting, Building Brand Equity, and Launching New entures.