It is a decision that may take years for some to make. Maryam Yusofshares the turning point in her life when she decided to wear the hijab for good.

I started wearing the hijab on the first day of Ramadan in 2010, a few months before I turned 20.

Since then, many people have asked me why I decided to wear the hijab. My answer was always ‘because I felt ready and I wanted to’, which is easier than to explain the multi-faceted reasons why I made up my mind to wear the hijab.

Because truthfully, it wasn’t just one single, simple reason, but a combination of things that made me realize that this was something I had to do, and which I decided to embrace.

In fact, it was actually when I reached puberty at the age of 14 that I decided that I should start wearing the hijab. To be honest, though, I didn’t feel a real connection to it then. I wasn’t forced to wear the hijab by my parents either, like my friends had assumed. Before that, my cousins and I would often wear the hijab on occasions; at family gatherings, religious events and during Eid. So when I reached puberty, I thought it was a good idea to start wearing it ‘full-time’. 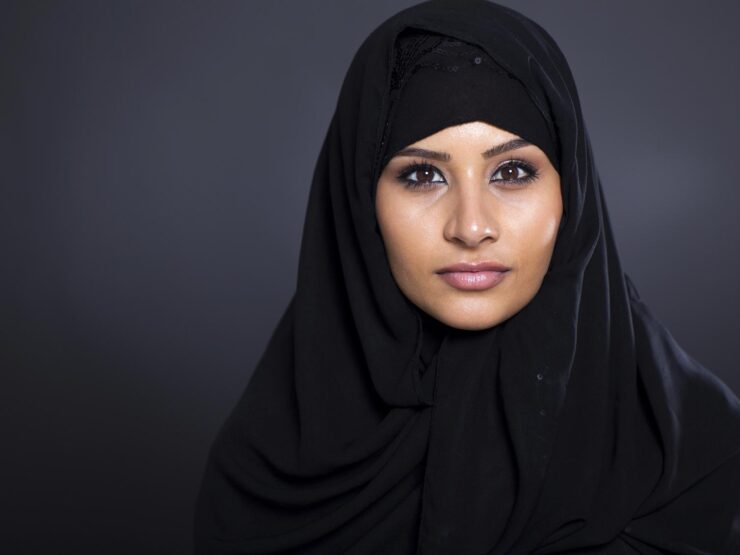 I attended a secular secondary school and all students attending these public schools in Singapore wear mandatory school uniforms. Wearing hijab with our school uniform is not allowed in such schools here. So, as I often went out after school, I rarely wore the hijab out of convenience. At times also, especially when I was just heading out around my housing estate, I’d choose not to wear the hijab due to sheer laziness (which I now realize was a very lame excuse).

I convinced myself that by still having doubts about wearing the hijab, I was clearly still not ready for it

My parents noticed that I was wavering a lot in my commitment to the hijab and told me that there was no point in me wearing it if I wasn’t ready. They didn’t understand why I only put it on occasionally. So I put my hijab aside, and continued with my education. I didn’t really think about putting it on again, although I still dressed modestly.

When I entered university, I contemplated wearing the hijab again on the first day but in the end, decided against it. I convinced myself that by still having doubts about wearing the hijab, I was clearly still not ready for it.

Being ambitious, one of the factors that made me decide against wearing the hijab was how it would affect my future career. However, after my first year in university, I began realizing that the job I’ll have probably wouldn’t be the best job for me if wearing the hijab was going to affect its prospects. Also, I did genuinely plan to wear the hijab one day and I believed that it would be worse if I pop up at work one day wearing a hijab and ‘surprise’ everyone.

I also realized that I would rather that my boss hired me with eyes wide open, and if the employer’s prejudices were going to affect my employability, it wasn’t a job I wanted anyway because the opportunities for growth would probably be stunted.

When I didn’t wear the hijab, I often got mistaken for a Chinese, and therefore non-Muslim, and was often invited out for church events, drinks or even clubbing. This used to anger me. I later realized that it might have been my fault for not exactly showing people that I was a devout Muslim. It made me want to identify myself more as a Muslim. On top of that, I really wanted to be a better Muslim and I knew I had to make the first change.

I had also discovered hijab fashion blogs while randomly searching the Internet, which opened me to the realization that my love for fashion didn’t need to stop just because I wear a hijab. The chic girls behind these blogs showed me that it was possible to combine creativity and modesty together. I still frequent these blogs daily for inspiration, and they even started the ball rolling for me to start HijabLook this year.

The biggest push I had was being invited to represent Singapore in a week-long conference for Muslim women in Sharjah, United Arab Emirates. The organizers had enforced the rule that all participants must wear the hijab during the entire duration of the conference. I decided then that I wanted to attend the conference after having worn the hijab for a while, instead of wearing it just for the conference.

Now, every time someone asks me about my hijab is an invitation to talk a bit about my faith… an opportunity to tell them that Islam is not what they might have heard about in the news

In 2010, Ramadan started a week before my school term started but I still went to school for meetings for an event I was involved in. Leaving my house for the first time in a hijab felt a bit strange. I didn’t have a lot of long-sleeved clothes so I wore a cardigan over my top. When I arrived at the meeting, my friends were a bit shocked at first, and then the questions started pouring in:

‘Did your parents force you?’

‘Is it because it’s the fasting month, so you’re supposed to be good, so you have to wear that?’

‘Did you get married over the summer?’

Something I regret now was not preparing myself for these questions earlier. Whenever I was asked about my hijab, I would mumble: ‘Because I felt ready and made the choice to do it.’

Now, every time someone asks me about my hijab is an invitation to talk a bit about my faith and letting them learn a little more about Islam. It’s my opportunity to tell them that Islam is not what they might have heard about in the news. The great thing is that I did have encouraging compliments from non-Muslim friends and some even suggested outfits I could try out to complement my new ‘look’. 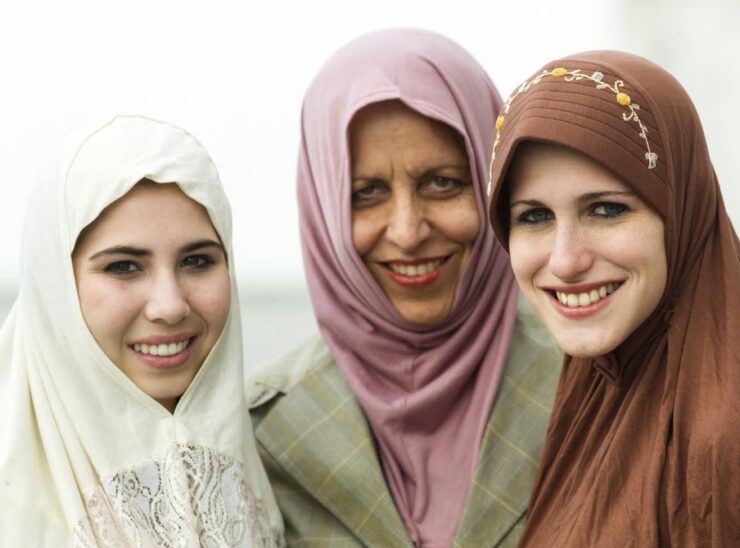 Of course, there were some negative comments. When the school term started, a friend I had bumped into on campus called me later in the day to tell me to go back to how I used to dress since he liked it better that way. That really irritated and offended me! Another friend whom I have known for several years recently told me to ‘change my style’ which when clarified, meant to take off the hijab and start wearing dresses again. While it did seem offensive, I used that opportunity to tell him why I wear a hijab, which opened his mind; we remain, good friends, today.

One thing that opened my eyes a lot was that people will treat you differently when you’re in hijab. The crude jokes stop, and guys seem more respectful and they avoid being flirty. Strangers seem to naturally have a different first impression of me, too. For some reason, people often expect me to be ‘dainty’ or ‘demure’ since I wear a hijab, and when I act a little ‘rough’, it surprises them. This didn’t seem to be the case in the past.

Thankfully, though, I have only experienced curiosity from others and not any outright racism.

While the reasons I started wearing the hijab are very personal to me, I think every girl who decides to wear it after years of not wearing one would face a similar dilemma. From my own experience, I think it is important for the girl to understand why Muslim women should wear a hijab before making the choice herself.

With my greater understanding of Islam, insha’Allah, my hijab is going to stay with me for the rest of my life

Wearing a hijab in a country where Muslims are a minority is definitely a challenge, and there are many obstacles along the way that may make you want to throw in the towel. I have had days when I wish I had mulled over my decision longer and postponed wearing it, especially when doors of opportunity seemed to close in my face because of my hijab or when friends seemed to get better opportunities because of their looks (let’s face it, it happens).

But a lesson that my parents have always instilled in me, and which has helped me get over those days, is that: rezeki (sustenance) comes from Allah SWT, and those opportunities may not be my rezeki, and that other, better opportunities may come my way.

I may have taken off my hijab once, but with my greater understanding of Islam, insha’Allah, my hijab is going to stay with me for the rest of my life.

I now wear my hijab proudly and would feel incomplete without it.

Find out what other hijabis experienced the first time they wore the hijab for good with the September 2012 ‘Luxe’ issue of Aquila Style, available only on tablet devices. More information here.