Despite widespread tension in the Muslim world between Sunnis and Shias, married couple Hafsa and Ali from London prove that an open mind can help pave the way to a unified future. As told to Ameera Al Hakawati.

I get mixed reactions when people find out that I, Hafsa, a British-born Indian from a practicing Sunni family, is married to Ali, a British-born Pakistani from one of the most renowned Shia families in London. There are those who brush it off with the same indifference had I told them a banal, meaningless fact about me, like wearing size 4 shoes. There are others who applaud me for my bold choice of husband, believing that our marriage is a much-needed demonstration of unity between the two sects. Then there are those who do not have to verbalize their thoughts on the subject – the disdain in their eyes says it all.

As much as a part of me would like to claim that my reasons for marrying Ali were about the greater good, the bigger picture, building bridges, breaking barriers… the reality is, I married him for his reflective personality, his strong will and his wicked sense of humor. I knew I wanted to continue my journey through life with him as my partner and companion. I always felt that we had more similarities than differences. Our aims and goals in life were the same. We believed in the same God, the same Prophet (peace be upon him). Okay, we prayed in different ways. So what? We both still prayed, didn’t we?

Surprisingly for some, my parents saw it in the same light as I did. I wasn’t surprised though. They have always been open-minded and my dad would always say that there weren’t that many differences between Sunnis and Shias. My mum also has a cousin who married a Shia so my doing so wasn’t exactly revolutionary.

Ali’s parents, however, were a very different story. Staunch Shias with active and important roles in the North London Shia community, they were horrified at the prospect of going against their values and bringing a Sunni daughter-in-law into the family. In fact, Ali told them that I was contemplating converting to Shi’ism to make them reconsider and at one point, I seriously thought about doing it to get them to accept us. But the longer they took to agree, the more I decided I didn’t want to pretend to be something I’m not. 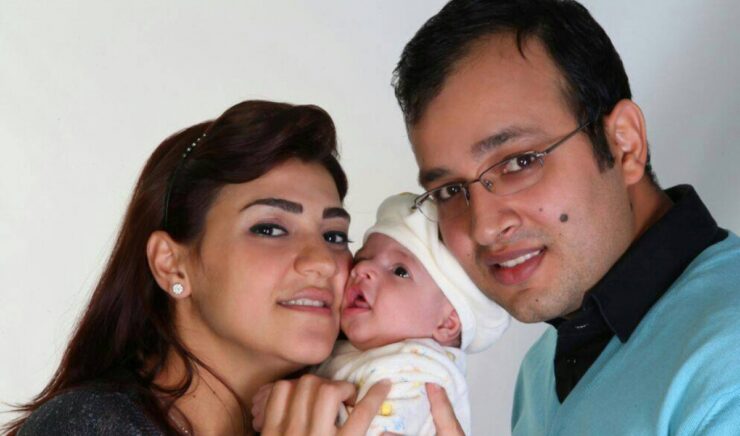 A lot of people told me that if I thought the events leading up to my marriage were challenging, the actual marriage itself would be a hundred times worse. At first, it was. Marrying someone from a different culture is tricky to navigate as it is, but add to that different beliefs and living with your in-laws and you find yourself in a situation that is stifling on so many levels.

While Ali and his parents knew that I wasn’t Shia, his extended family (who had voted not to let the marriage go ahead when we first met them) didn’t know. It didn’t help that I was too afraid to pray in front of them, which would give away the fact that I wasn’t one of them. His cousins would ask me if I was Sunni or Shia, and I would brush it off with a nonchalant, “I’m Muslim.” While that avoidance tactic worked with some, others pushed me for a definite answer. I didn’t like admitting I was Sunni.

My first Muharram in their household was probably one of the most challenging, exhausting and emotionally draining times of our marriage, with everything heightened by the fact that I was living in their house. Ali’s parents weren’t just ordinary Shias – they were the pillars of their community. They have a huge house which is at the center of many Shia traditions: Muharram activities being one of them.

During Muharram, my in-laws receive neighbors and visitors who come to listen to special lectures on the tragedy of Karbala. Each night, they commemorate a different death and things can get really intense. It’s like they save every ounce of sorrow and pain they’ve experienced throughout the year and in Muharram, they let it all out.

There I was, a newlywed Sunni witnessing the scene of a room full of women wailing in pure anguish for the very first time. I had a panic attack and left the room. That night, I remember crying in bed for my future children and what they would have to see and endure.

Ali was an idiot for throwing me into the deep end. Even his Shia friends told him to take me out of the house during Muharram because it was too much for even some devout Shias. Now that I don’t live with my in-laws anymore, it’s easier for me to handle. I keep my distance and try not to watch or engage. 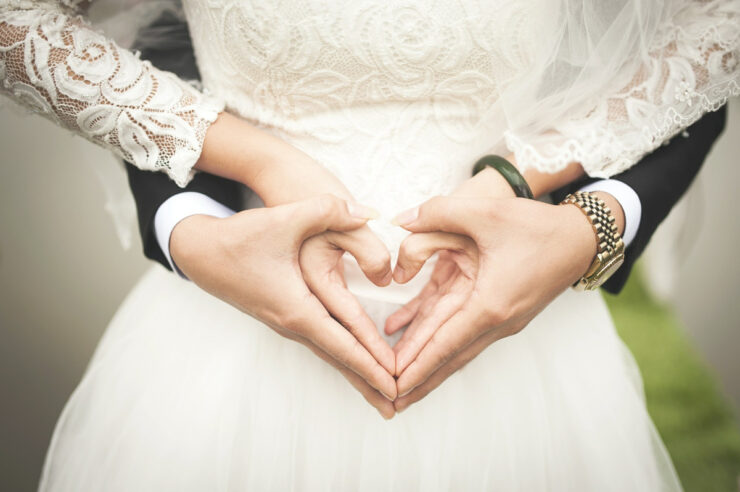 The other major point of contention between us is the Shia viewpoint on the sahaba (companions of the Prophet, pbuh). A lot of Shias, especially from older generations, curse the sahaba and it’s the one thing that hurts me more than anything. I have grown up loving our Prophet’s companions and I cannot bear to hear anyone speak ill of them. My in-laws don’t curse them in my presence, which I appreciate, and my husband doesn’t do it at all. Even Ali’s cousin who is a Shia shaikh tells the rest of the family not to curse the sahaba, which is a huge sign of how today’s Shias – our generation – is a lot more open to change and logic than our ancestors. In fact, there’s a small movement now among young Shias who are against the cursing of the sahaba.

People ask me all the time how Ali and I get through our day-to-day lives with differences in how we pray, when we break the fast, when we do nafl (optional) fasts, what prayers we do during Ramadan and so on. To be honest, these little things don’t bother either of us. We argue less about religion than a Sunni husband and wife probably do, because we made a well-informed decision to overlook our differences and get married. We know that there’s no point arguing and debating every little thing because the bottom line is, he’s Shia and I’m Sunni. There are going to be differences. Instead, we just agree to disagree.

Ali even makes jokes to his family about my breaking my fast “ages ago”, which he does intend to try and normalize our differences in their eyes. Whenever we do debate, we try not to get worked up if we disagree. Ali is a logical man and will look into Sunni practices to learn more and broaden his horizons. Similarly, I’ve read a lot more on what happened after the death of the Prophet (pbuh) to try and understand his perspective. I’m not perfect though. Sometimes, in anger or annoyance, or even as a joke, I do insult aspects of Shi’ism which Ali takes in good humor.

The only times our differences are really highlighted are when we argue about politics, such as what happened in Bahrain or what’s happening in Syria. It’s during such arguments that we realize we need to always stand against tyrants – regardless of where in the world the tyranny takes place or whether it’s instigated by Sunnis or Shias.

My parents have also played a crucial role in stabilizing my marriage despite the challenges. They openly accepted my decision to marry Ali and have never thrown any problems I’ve had as a result of it in my face. They wouldn’t, because I didn’t go against their wishes; I had their blessing. Whenever issues have risen, such as my in-laws telling me not to fast on the 9th and 10th of Muharram like Sunnis do, instead of being outraged at their audacity, my dad told me not to fast on both days if it kept the peace in my household. My family, alhamdulillah, are open-minded, diplomatic and pragmatic. They will always give me advice that’s best for my marriage, regardless of their personal or religious beliefs. In fact, I think that both families have moved passed the Shia-Sunni thing to a large extent. Through creating relationships, we have been able to create more understanding between both sects. 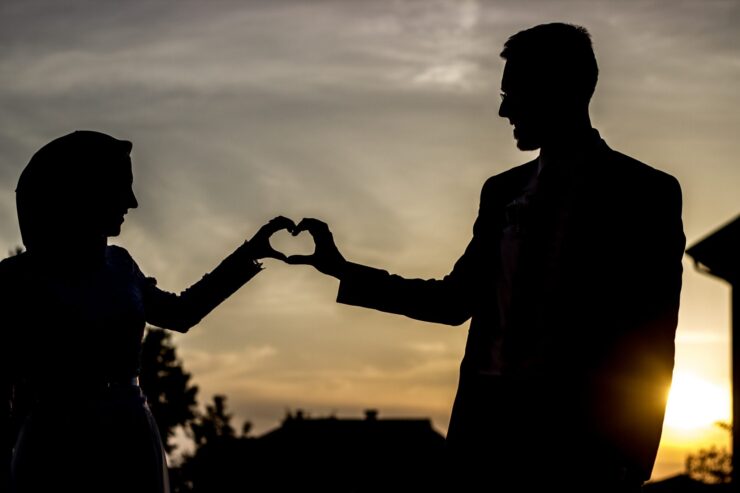 I am concerned about how our marriage will affect our “su-shi” children. Last year, when I took my daughter to Eid prayer with me, my mother-in-law was furious at Ali for allowing his daughter to go to a Sunni mosque. Similarly, whenever my daughter prays at their house, they will always tell her to put her arms on either side. She’s only four but has her mother’s stubborn streak and will do whatever she wants – which usually means crossing her arms as Sunnis do.

Despite any concerns I have about our future, one thing I do know is that with my husband’s help and his willingness to keep an open mind, we will be able to tackle anything. Last Ramadan, he went for his first tarawih prayer and he really liked it. Last year, I went to a Muharram talk and I enjoyed it. We both realize that our marriage will only work if we’re willing to try new things if we’re open to new concepts and if we accept our differences.

After all, we have the same values and we’re working towards the same goals. We both recognize and appreciate the individual relationship we have with Allah. Perhaps if Muslims started focusing on their relationships with Allah instead of judging others, we could really get along better as an entire Muslim ummah.

What really saddens me is that you see so many Muslim initiatives aimed at engaging with other religions: between Muslims and Christians, or Muslims and Jews. Yet we find it so difficult to come together with our brothers and sisters who believe in One Allah and the last Messenger (pbuh). What does that say about us?

Maybe my views are controversial, maybe they’re idealistic, maybe they even have seen simplistic, but deep down, I do hope that one day, Sunnis and Shias will unite. It’s not going to be tomorrow but I do believe that it’s possible. After all, if Ali and I and our families can do it, maybe it can be done on a larger, grander scale.

Why you should talk about sex before marriage

5 Tips For a Healthy Sahur