The place of worship will also act as a community center for Muslims in the remote northern city of Iqaluit; their contact with Inuit peoples can be a valuable learning opportunity about land rights. By Eren Cervantes-Altamirano.

Nunavut is one of those far-flung places that most people outside of Canada have never heard of. Neighboring Greenland and the Northwest Territories, Nunavut is extensive and covers a large portion of the Canadian Arctic. It was recognized as a separate territory in 1999 and is home primarily to Inuit peoples, who have lived in the area for thousands of years. Today, Nunavut has a distinct government which is consensus-based and where members of the government are elected individually rather than as part of a political party.

Inuit peoples living in Nunavut have had to balance, on the one hand, the effects of colonial history and on the other, their own commitment to Inuit culture and development. Inuit culture is distinct from that of Anglo-Canadians, Francophone Canadians, First Nations and Métis peoples.

Here, elders play an important role in government decisions and each community within Nunavut may have distinct policies and laws. For instance, some communities have strong stands against alcohol, which has been identified as a pervasive social problem among some communities. Some have banned alcohol completely; others restrict its sale.

Harsh conditions and isolation have contributed to Nunavut’s population of approximately 32,000 is among the poorest in Canada. Nunavut is rather inaccessible from elsewhere in the country because there are few roads, ports or airports. Though there are roads within the territory, there are no roads connecting its towns to the rest of Canada. And since the vast area, roughly the size of Western Europe remains frozen for a large part of the year, it is both difficult and expensive to build infrastructure.

The people of Nunavut have been facing an ongoing food crisis, according to a recent report by Al Jazeera America. The issue is largely ignored by the Canadian government and most media outlets. Food and basic necessities are two or three times more expensive in Nunavut (and other parts of Canada’s north) than in any other Canadian province. The high costs of transporting food and items like baby formula and diapers to the area make food in Nunavut a luxury for many.

But despite the challenges, the North makes for a very attractive area for development. Not only is it rich in resources, but it also allows the Canadian government to stake territorial claims to the Arctic. The Canadian government has explored several resource-based ventures in Nunavut and has encouraged private companies to do the same. Mining is one of the priorities. Although there are many questions around the ethics of mining in indigenous communities and its effects on women and vulnerable populations,[i] high-paying jobs in extractive industries may be coming in the next few years. 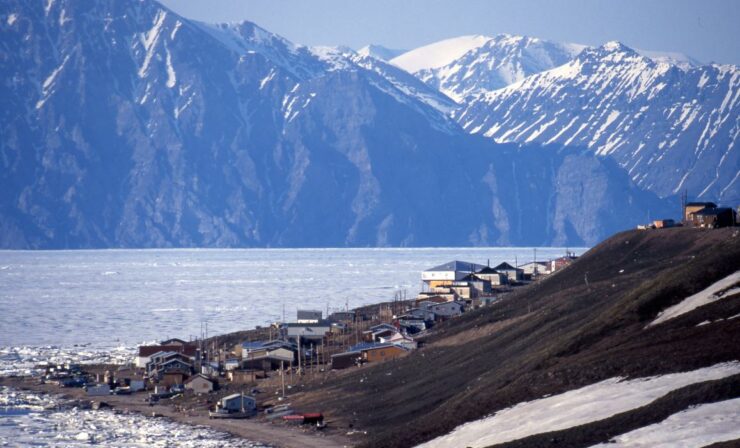 With that, there has been a flow of Muslims into Nunavut. Many of them find jobs in mining and extraction and absorb the high costs of living with high salaries. However, they face a number of challenges. Beyond the lack of infrastructure and the costs of living, the Muslim community remains small and hasn’t got a mosque. The town of Inuvik in the neighboring Northwest Territories got its first mosque in 2010. Muslims in Iqaluit are expecting their first mosque to open later this year.

The Zubaidah Tallab Foundation, based in the province of Manitoba, is building the new mosque in Iqaluit. The foundation previously helped to build the first mosque in Inuvik, also in the Northwest Territories. In an interview, the foundation’s manager Dr. Hussain Guisti told me that although there are currently fewer than 100 Muslims in Iqaluit, the foundation foresees an increase in the next few years due to professional opportunities. According to him, some Muslims have been deterred from moving up north because of the lack of mosques. “Mosques are the first thing Muslims ask about,” he said. “Mosques are epicenters for Muslims.” 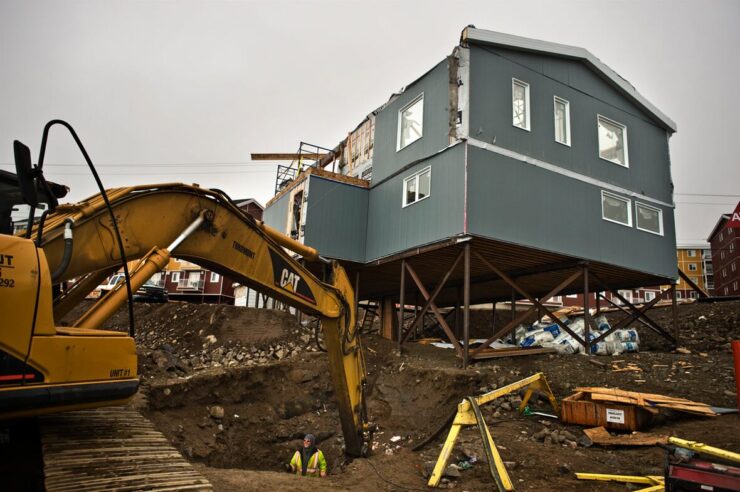 Before speaking to Dr. Hussain, I was concerned about integration efforts in Nunavut. Opening a mosque in the area is not like it would be in any other part of Canada, because the population is primarily indigenous and most people speak Inuit languages rather than English or French. Similarly, in my own experience, some immigrants to Canada – including Muslims – tend to be rather insensitive to indigenous issues. For some, it is difficult to understand the effects of colonization and the impact that Canadian immigration policies have had on indigenous communities. All in all, very few immigrants understand that much of Canada is still considered colonial land or recognize that they are living on “stolen” land or in unceded territories.

However, Dr Hussain says that Muslims in Nunavut have found that they have a lot in common with Inuit people. Their respect for elders, love for family and welcoming attitude have made the Muslim community feel at home. Thus, he sees a future in establishing a strong and lasting relationship with Inuit communities in Nunavut.

He also said that the mosque does not have a da’wah, or missionary program, and will not be developing one for the time being. He feels the main purpose of the mosque is to serve the community who is already Muslim – along with its building serving both Muslims and non-Muslims in times of emergency. The fact that the mosque in Iqaluit will be completely funded by Canadians, through donations and grants, gives his foundation more flexibility over the purpose of the mosque and its programs. 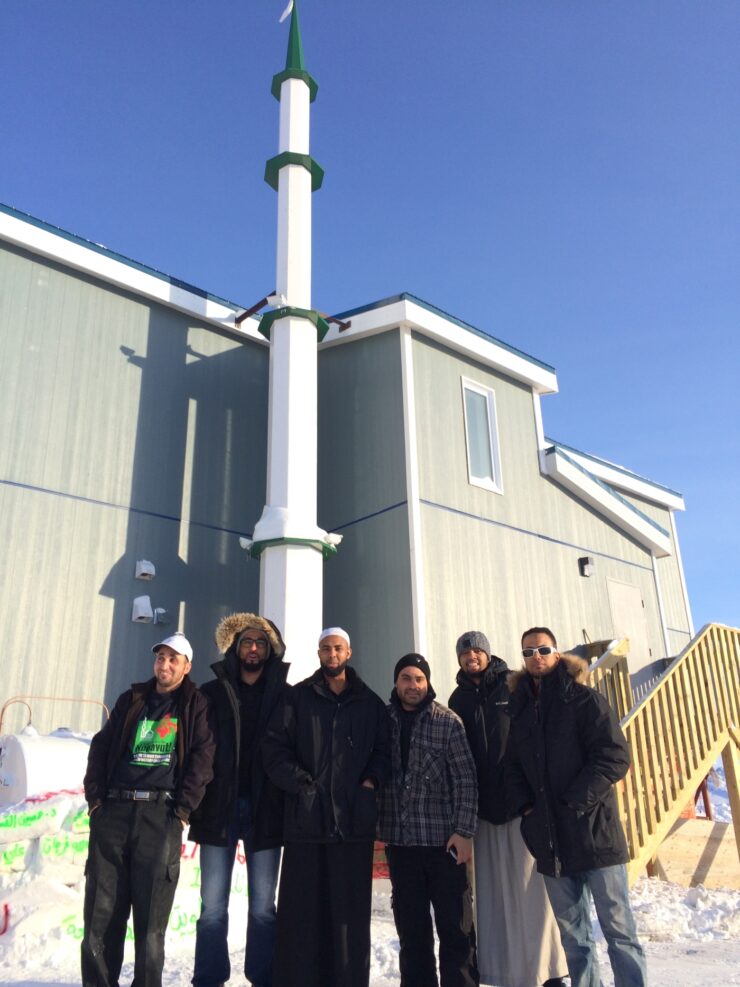 Muslim immigrants should have exposure to the Indigenous peoples whose land they inhabit, to learn, understand and appreciate their struggles

When I asked Dr. Hussain about the different attitudes that other Canadians have displayed towards Muslims in recent years, he said that he felt Canada has been very welcoming to Muslim communities, with Quebec as a recent exception. (However, having lived in two Anglophone provinces and exposed to racist and Islamophobic attitudes there as well, I can say that this phenomenon is not unique of Quebec.)

Whereas Dr. Hussain sees this mosque as his way to give back to Canada, I see this project as a learning opportunity. Muslim immigrants should have exposure to the indigenous peoples whose land they inhabit, in a way that allows them to learn, understand and appreciate their struggles. Similarly, through closer ties with groups who recognize indigenous rights over the land, as well as their own position vis-à-vis colonialism, Inuit communities can only benefit from this greater understanding.