A security guard keeps watching on shoppers inside Shoprite, a retail shop in northern Nigerian’s largest city of Kano on August 12, 2014. Women in north Nigeria’s largest city Kano are abandoning their traditional religious dress after a spate of suicide bombings by young girls with explosives under their hijab.

KANO, August 13, 2014 (AFP) – Women in north Nigeria’s largest city Kano are abandoning their traditional religious dress after a spate of suicide bombings by young girls with explosives under their hijab.

Although no one has claimed responsibility for the bombings, fingers have been pointed at Boko Haram, the extremist militants blamed for a string of attacks on the city and elsewhere in Nigeria. 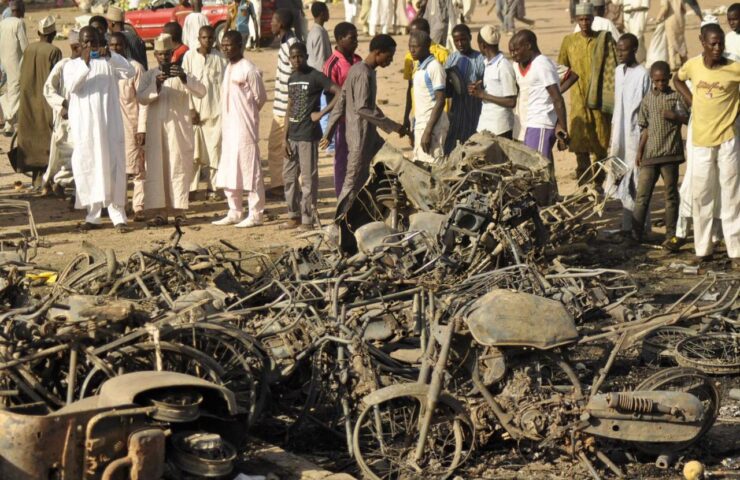 But the bombings have cast fear and suspicion on young women wearing the loose, modest clothing, prompting many to dress differently.

“I no longer wear my hijab because people now see any young woman in hijab as a potential suicide bomber because of the recent incidents,” said 17-year old Hajara Musa.

“I now put on my shawl [headscarf] when I go out pending the time the city gets over the trauma of this frightening trend,” the fashion design apprentice told AFP.

Musa said she was recently barred from entering a shopping mall while dressed in a hijab, despite agreeing to be frisked.

“I was turned away because of my hijab, which I found very disturbing,” she added. 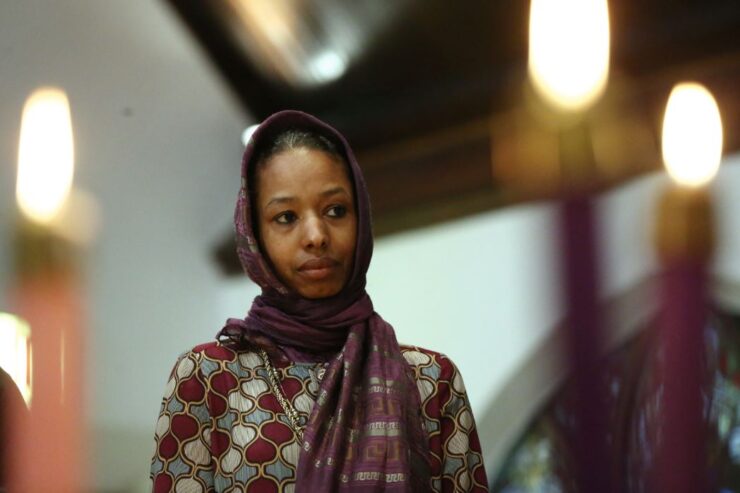 The hijab is a common sight in conservative Kano, an ancient seat of Islamic learning where it has become a convention of modesty for women leaving their homes or meeting non-mahram (men who are not relatives).

Many women here wear the hijab with a traditional cloth wrapper that goes past their knees.

Adama Habibu, 21, said she preferred to wear the hijab but the recent bombings had forced her to stop to avoid attracting unnecessary attention.

“Wherever a young woman in hijab goes people keep their distance from her out of fear she could be a suicide bomber,” said Habibu, a student at Kano State Polytechnic, where a suicide blast on July 30 killed six people and injured 20 others.

The blasts, one of which targeted an upmarket shopping mall, have prompted increased security around businesses, with more police visible around public buildings and frequent patrols.

Shopping malls in the city have also deployed more security guards at their entrances who sweep shoppers with hand-held metal detectors and peer through handbags for explosives.

“I have stopped carrying a handbag around because of the suspicion it raises. I now carry a small purse wherever I go,” said another Kano resident, Hafsat Yaya, who declined to give her age. 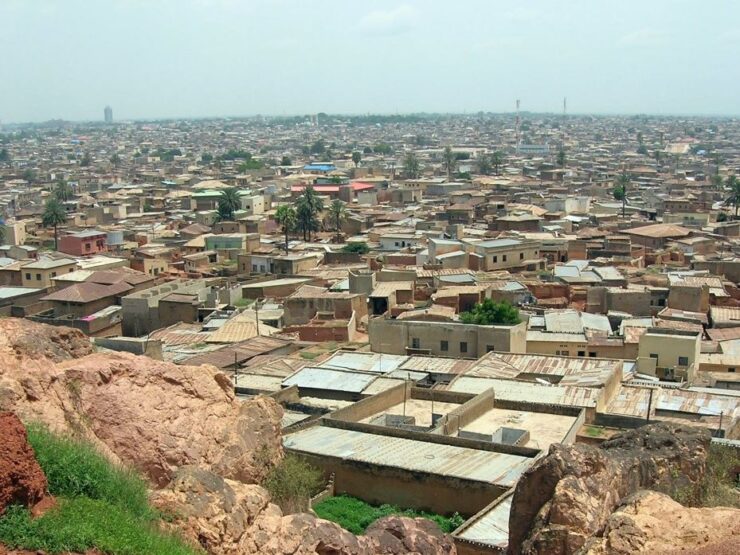 Men in the city also say they are more wary of young women in the hijab, said resident Bala Dawud.

“I shudder with fear when I find myself next to a young woman in hijab because she could be a suicide bomber,” he added.

He recalled how a crowd which queued up at a cash machine melted away when a hijab-wearing woman joined the queue and asked if it was working.

“As soon as she was told yes, she pulled out her mobile phone and called someone, telling him she had found a machine dispensing cash and before you knew it the whole crowd dispersed, leaving the woman alone,” Dawud said. 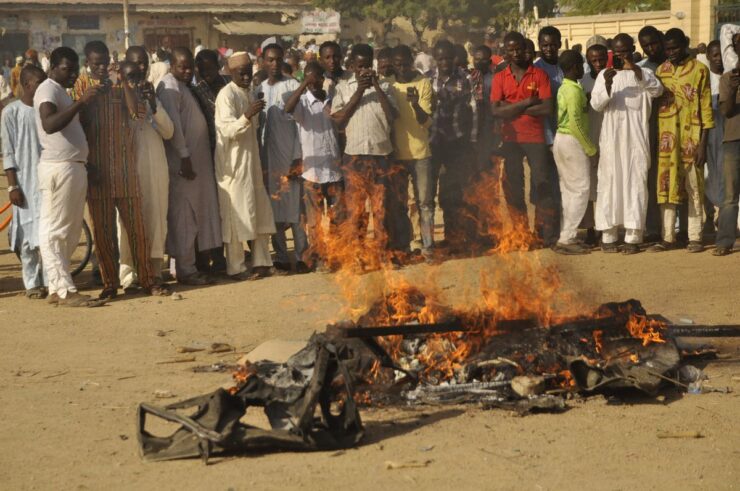 Boko Haram, which wants to create its vision of a hardline Islamic state in northern Nigeria, is blamed for killing more than 10,000 people since 2009. Their extreme tactics have been denounced worldwide.

In April, they kidnapped 276 girls from a secondary school in northeast Nigeria, triggering global outrage. A total of 219 are still being held.

And the new tactic of employing young women and girls as bombers has sharpened the concern and outrage.

On July 30, police in northern Katsina state arrested a 10-year-old girl with explosives strapped to her body.

A security source involved in forensic analysis of the Kano blasts cautioned residents against “hasty generalization”.

“From our preliminary findings, all the female suicide bombers were between 14 and 16 years which gives an idea of the age group of the bombers,” the source said.

“We believe the explosives were remotely detonated which means the girls were sent under duress. So, people should be wary of young women who look nervous or fidgety in a crowd.”