What has tauhid got to do with human rights? Why are family laws so different all over the world? Dr. Amina Wadud helps Sya Tahato detangle these ideas.

Last week, on October 14, I had the glorious opportunity to listen to a lecture by Dr. Amina Wadud on “Islam, Feminism and Human Rights” at Leiden University in the Netherlands. There’s something about strong, intelligent and compelling Muslim women that makes me want to hop on the next train to the next city.

Together with Aquila Style columnist Meaghan, we pass through a tight stream of security and enter a small lecture hall, where Dr. Amina stands behind a lectern, with a large white scarf loosely wrapped over her head. Her eyes glitter behind her glasses, indicating that we sit down and take out our notebooks for notes (and smartphones to ‘live’ Tweet).

Her speech aims to articulate gender equality from an Islamic perspective, using the Qur’an as a primary source of knowledge. Earlier this year I attended several classes by Dr. Asma Barlas, another Muslim woman scholar whose work on equality of the sexes is based on an internal understanding of the Qur’an. I find this methodology so simple and clear, that I often think it must have taken a lot of effort to force patriarchal understandings over time.

Dr. Amina starts with an important point about definitions: that every discussion about “Islam” and “women” must begin with a definition of Islam. Simply stating that “Islam is peace”, “Islam is violent”, or “Islam means hijab” is insufficient because these stock phrases beg the question of “Whose Islam?”

I like best her work on the concept of tauhid, with respect to social justice. For Dr. Amina, it is not enough to simply believe in the oneness of God, without this having implications for our behavior as human beings who are God’s Khalifa, or vicegerent on Earth. While I am familiar with this concept, in my mainstream Islamic education I often found this contradiction troubling: while women and men are vicegerents of God, God’s pleasure for women who seek it seems to be conditional upon their roles as mothers, wives or daughters.

It is only recently that a discussion deconstructing this (with the plus of being heavily referenced by historical sources) appeared on SuhaibWebb.com, the website of a prominent male (white) American Sunni scholar.[i] The added value that Dr. Amina brings to this concept is that as women, our role as a Khalifa on Earth is unmediated by men. In other words, “the notion of women’s subservience is not a divine construction.” 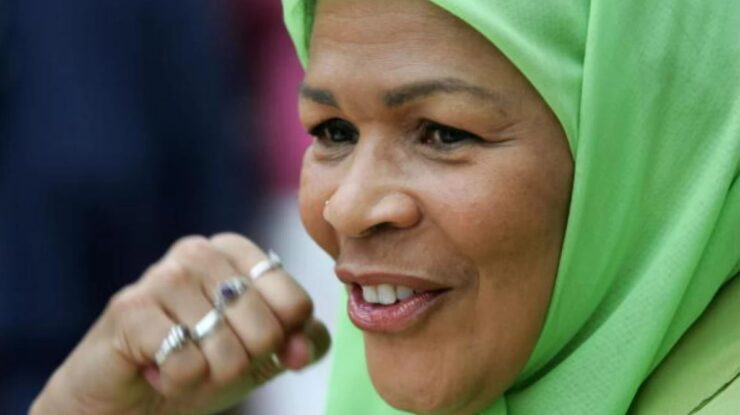 Another important discussion she airs is the development of the nation-state after the colonial period. This historical development led to the conflation of fiqh (jurisprudence) with Sharia (the divine and universal path with justice as the ultimate goal). She finds the phrase “implementation of Sharia by the state” an impossible phrase because Sharia can only be implemented by the Muslim individual. What the state implements should be referred to as the “political will of the state”.

According to Dr. Amina, there is “no such thing as a pure and simple Islamic law”, as shown by the fact that there is no legal system that is accepted by all countries with Islamic laws. Sharia laws in Malaysia differ from those in Singapore, Indonesia, Brunei, Iran, Saudi Arabia and Afghanistan, although countries with the same colonizers tend to have similar Sharia laws. Briefly, the type of colonial law has a great impact on the formulation, scope and degree of Sharia laws in postcolonial countries today.

These legal differences and how they impact the lives of Muslim women, in particular, are best seen in the different kinds of personal status and family laws in postcolonial countries today. In many countries, Sharia laws are only applicable to notions of marriage, divorce and inheritance – all involving notions of family and impacting women differently from men. (It is only in some countries – or only provinces or regions – that criminal law is based on Sharia, also often applied disproportionately to women.) 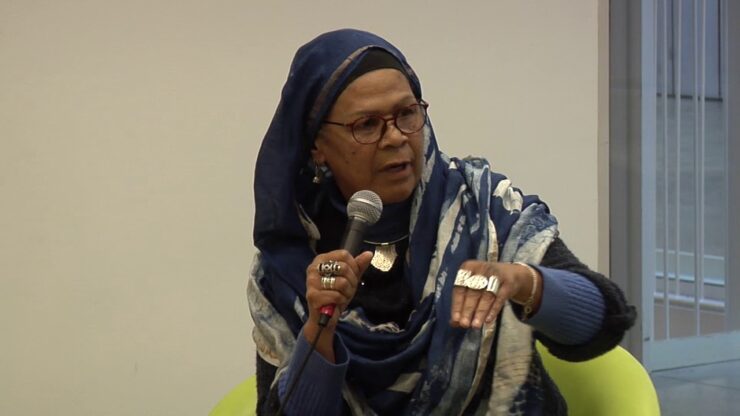 Dr. Amina finds it troubling that the idea of what constitutes a “proper” family unit has been codified without even questioning the idea of family, and more importantly, without including women’s perspectives. As a result, the rights of women are only given in the context of a family.

When I worked with a Moroccan women’s organization, I had the good fortune to be in the thick of debates about the reforms of the Moudawana, the Moroccan family law. Much like in other countries with Islamic laws, the idea of family is based on various degrees of complementarity and guardianship, where fathers or husbands are breadwinners with a unilateral agency, while daughters or wives are obedient and deferential, with their agency depending on their male guardians.

Dr. Amina previously worked for many years with Sisters in Islam, a non-governmental organization in Malaysia that works towards legal reform of family law. She understands that many Muslim women reject this patriarchal understanding of the family, as influenced by male-centered jurisprudence and codified without female perspectives. This sentiment of Muslim women was manifested more recently by a global movement called Musawah, which works towards “equality and justice in the Muslim family.”

I leave the discussion of Islamic feminism for last because the term “feminism” next to “Islam” tends to raise certain preconceptions. This is especially because there are also many definitions for Islamic feminism. According to Dr. Amina, Islamic feminism simply says that “Islam belongs to all of us.” Islam is not the exclusive field of scholars, priests, or policymakers, but Islam is what every sincere, believing and educated Muslim lives every day of her life.

Dr. Amina confesses that she did not identify as a Muslim feminist for a long time, but that recently the term seems to best describe her work on social justice. While for medieval jurists, guardianship of women was a form of justice for their time, justice today must consist of “reciprocity” between human beings (we can exchange services with each other without either one losing anything), which is only possible with “a profound understanding of tauhid”. She leaves us to wonder if our ideas of the family today reflect this justice.

Finally, I experience firsthand Dr. Amina’s wit and humor in dealing with the gravity of her work in the face of harsh opposition. When a member of the audience pointed out to her that she had been criticized for “reading equality in the Qur’an”, she simply responded with what seemed to be the obvious response:

“If it’s okay to read patriarchy in the Qur’an, then damn straight I can read equality in it.”

[i] Maryam Amirebrahimi, ‘Wifehood and motherhood are not the only ways to Paradise’, SuhaibWebb.com, 7 Oct 2011, available here

Saudi Women in New Drive to Get Behind...