Some religious dreams are more pleasant than others. Ab Syahid shares advice on interpreting them.

Dreams. We’ve all had them. From images of utopia to ones in which you’re plunging off a skyscraper at full speed. The random nature of what we experience when asleep makes it impossible to decide whether to take our subconscious minds seriously or simply brush them off, never to dwell in the possibility of their subliminal messages.

Some studies deduce that the private journeys we embark on while sleeping is often caused by the brain dispensing all the emotional stimulations that mirror reality. They are an uninhibited expression of your true emotion — a metaphor if you will — of what you are experiencing in real life.

A dream with religious undertones is itself another complex matter. It is an assumption that a religious individual dreams heavily of their faith as a result of their devout lifestyle. Some say that their strong beliefs might subconsciously influence them to think of their faith even while in deep sleep. It might seem logical to think so, but two correlated factors do not equate to one being directly responsible for the other. A correlation simply cements the fact that a relationship exists between these two factors. However, other factors, such as guilt or having forsaken our religion, may also cause us to have religious dreams.
Imagine you are in the middle of an endless meadow. It is a picturesque setting perfect for any painter; a space so vast, distinct and breathtaking that your imagination can’t help but run wildly at the sight presented before you. You run like a little child towards a dome-like structure that resembles a mosque, while the sun beams down its unwavering heat upon you. You approach a glowing white beacon of truth and enlightenment. Birds of prey are hovering over you, talking to you in a language you comprehend, asking pressing questions. 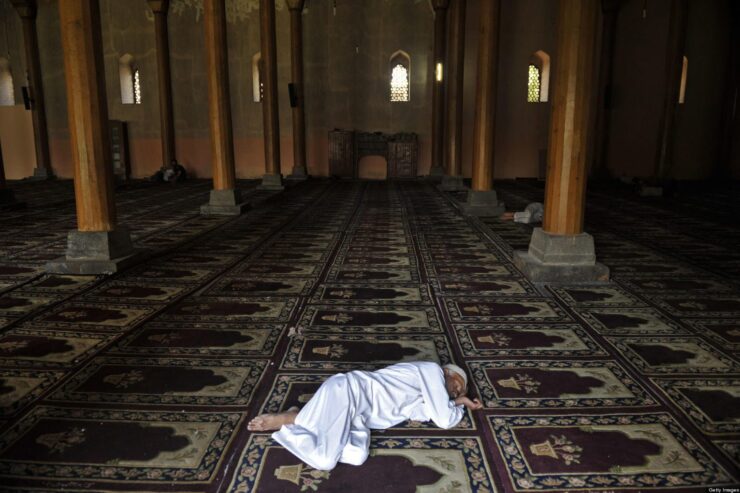 ‘When was the last time you prayed?’

‘Do you still believe in God?’

You wake up in a sweat; heart racing. Some might say that this dream is a sign for you to repent; to rekindle your relationship with God.

In Chapter 12 of the Qur’an, titled ‘Yusuf’, there is the story of Prophet Yusuf whom Allah had gifted with the ability to interpret dreams. According to the Qur’an, a person’s soul is not with him while he is asleep. This allows the unconscious mind to take over in the shape of dreams. It is a known fact that the meaning of words can get lost between different people and places. So dreams, into which the unconscious mind regularly wanders, can be said to act as a tool that helps to retrieve information that the conscious mind may have failed to process.

There are dreams with religious connotations that can be very contradicting

Then there are dreams with religious connotations that can be very contradicting. For example, what do you make of a dream involving a man wearing a white thawb (robe), who has a heavy beard and is reciting verses from the Holy Book with perfect enunciation, telling you to pay respects to your ancestors by burning incense on the grave of a dead relative (ie ancestral worship — forbidden in Islam)? It is only logical for us to disregard sacrilegious dreams like this. It is also vital that we do not dwell too much on them, and carry on with our lives from there.

Islam identifies a whole range of repulsive and disturbing dreams, classifying them as nothing more than the after-effects of the stresses of life. In some extreme instances, there are dreams of a faceless man or woman telling you to publicly denounce your faith in God. These are dreams that are unpleasant, in which truth and lies seem to intertwine, causing you to feel apprehensive while you are asleep and, with dreams that are so vile, long after you have woken up.

Whenever faced with an unpleasant dream, we should seek Allah’s protection and guidance from evil and Shaitan.

Such disturbing dreams — or nightmares — are often attributed to the works of the Shaitan. They should not be taken literally, especially since they frequently bear no real meaning whatsoever. Whenever faced with an unpleasant dream, we should seek Allah’s protection and guidance from evil and Shaitan. Lightly spit (expelling more air than saliva in short ‘bursts’) three times over your left shoulder before turning over to your right side to resume your sleep. If a bad dream has usurped the sovereignty of your mind, it is highly advisable that you get up and pray to banish the Shaitan and evil thoughts. Never share the details of the bad dream and don’t even bother to interpret it.

It is widely understood that in Islam, believing in divine dreams or dreams with concise and undeniable messages and meanings is accepted. These dreams could act as a form of premonition that might become a reality. Those who are greatly affected by such dreams subconsciously follow through with them in real life as though it was their fate to make their divine dreams come true. 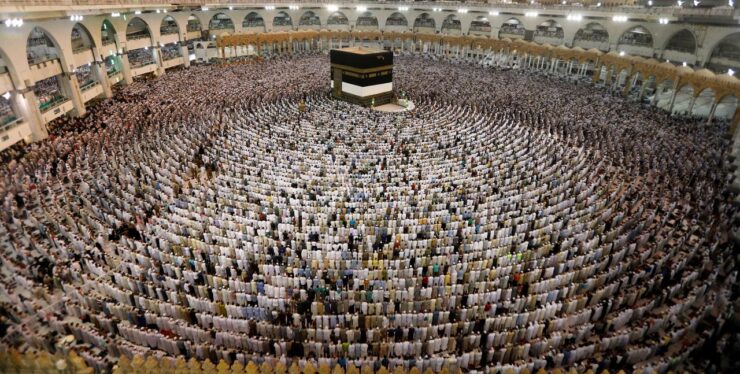 There are some positive cases in which even heathens experience a chain of visions in their dreams that brings religion into the light for them. This can be said to be a revelation, a catalyst for them to embrace their newfound faith. Naturally, positive interpretation is usually followed by positive effects. After experiencing a good dream, we should be grateful and view it as a good omen from God, praise Him for it, and share it with loved ones and not with people whom we do not trust. You might also want to try seeking its meaning from someone with excellent knowledge in interpreting dreams.

A pleasant religious dream has the ability to revive the conscious mind like a defibrillator can stimulate heartbeat, allowing various matters to surface from the unconscious mind to the conscious. It enables us to be more open about arguments and notice things we previously didn’t. It can act as a timely cue, reminding us of our responsibility as a Muslim man or woman.

May you be blessed with pleasant dreams tonight, insha’Allah.