The voracious flying insect, capable of swarming in millions and stripping fields of crops, has long been associated with hunger. But if a major conference gathering food experts and entomologists are right, captive locusts and many other protein-rich insects will be heading to a menu near you just a few years from now.

“There are 2,000 sorts of insects that can be eaten. Insects are an enormous opportunity and a huge market,” said Arnold van Huis, a professor at Wageningen University in the Netherlands, where the four-day “Insects to Feed the World Conference” began yesterday.

More than 450 researchers and delegates from international groups, including the European Union (EU), the US Department of Agriculture (USDA) and UN’s Food and Agriculture Organisation (FAO), are taking part.

The conference will also gather a constellation of private entrepreneurs – pioneers who believe that rearing and processing insects for food are the buzz of the future. 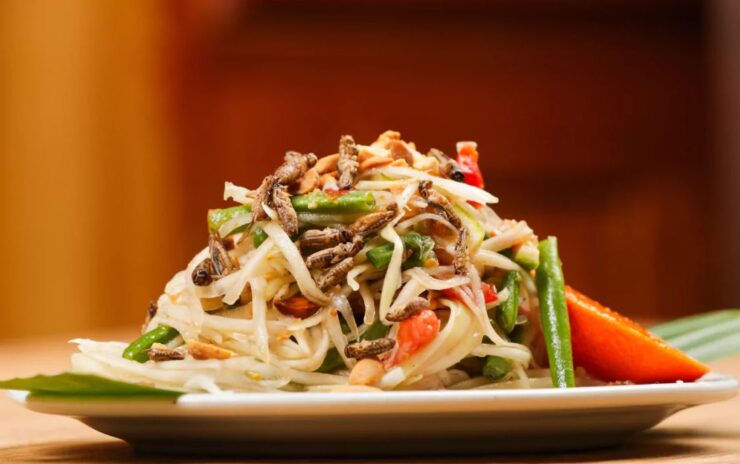 The FAO in May last year gave its official blessing to insect-eating, declaring it to be not only a time-honored source of vitamins and amino acids but also an environmental boon. Grasshoppers, yellow mealworms, ants, mopane caterpillars and many other species provide a low-cost and safe way to feed the hungry millions on a planet facing environmental stress and an exploding population, it judged.

The agency estimates that the world needs to increase food production by 70 percent by 2050 in order to serve a global population of nine billion. Animal feed production is increasingly competing for resources – land, water and fertilizer –with human food and fuel production, cities and conservation of nature.

Already, 70 percent of the world’s agricultural land is already directly or indirectly dedicated to meat production. 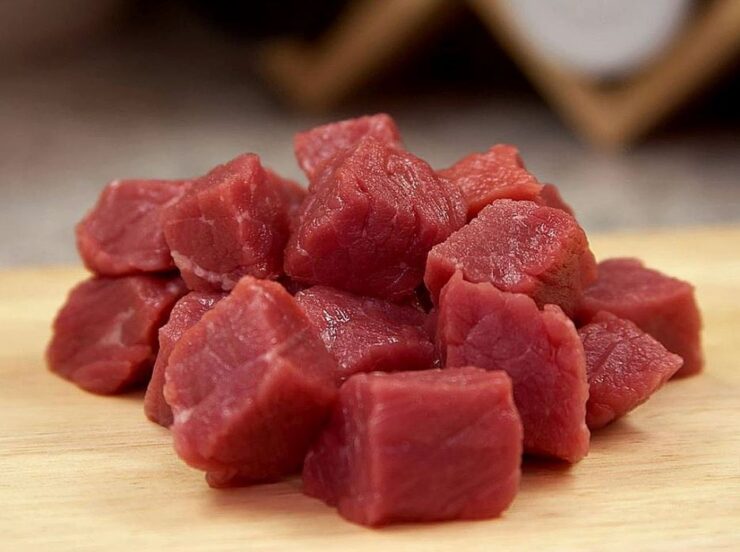 Ground-up insects are starting to be served as feed for farm animals – a tonne of flour from black soldier flies costs fish farmers around $1,000 compared with $13,000 for a fish meal – and, in some novelty restaurants, creepy-crawlies are being fried or fricasseed for humans.

But this is just the start, said van Huis. Interest, he said in an interview on Tuesday, “is growing exponentially”.

“If you’re talking about animal feed, it could become mainstream very soon,” he said in an interview. “For human consumption, it could take maybe five to 10 years.”

Paul Vantomme, in charge of the edible insect program at the FAO, said the surging demand for meat meant it was urgent to diversify feed sources away from soybeans, which are 90-percent dependent on just three countries – Argentina, Brazil and the United States.

Each year, 12 million tonnes of fish are scooped up from the oceans before being ground into feed, a figure that is plainly unsustainable.

Other environmental benefits from insects include a very small “footprint” in carbon emissions and water use compared with conventional sources of food.

Insects have a high feed conversion efficiency because they are cold-blooded, and – in spite of their creepy image – may be less likely to transmit diseases to humans than some farm animals, scientists say.

“On average, insects can convert 2kg of feed into 1kg of insect mass, whereas cattle require 8kg of feed to produce 1kg of body weight gain,” the FAO says.

An unabashed champion of entomophagy, as insect-eating is called, van Huis said he hoped the conference will mark the first step in a campaign to bulldoze through unnecessary rules.

“Regulations are lagging behind and this has to be resolved,” he said. “You are not allowed to slaughter your animals on the farm where you raise them – and insects are animals, which means you need a slaughterhouse for insects, which is course completely crazy.”