This week we look at Habib Ali al-Jifri, a scholar from Yemen’s city of light, whose inclusive stance and support for women have won him fans the world over.

Habib Ali al-Jifri captivates an audience like no other. His talks are enchanting, his smile infectious, and his speeches on love and spirituality can uplift even the stalest heart. His trips to Europe or America are widely anticipated and when he arrives, fans swarm him, wanting to kiss his hands, ask for a prayer or at the very least, greet him. All this can seem slightly strange when you realise that the vast majority of his admirers in the West have only understood his talks through a translator. 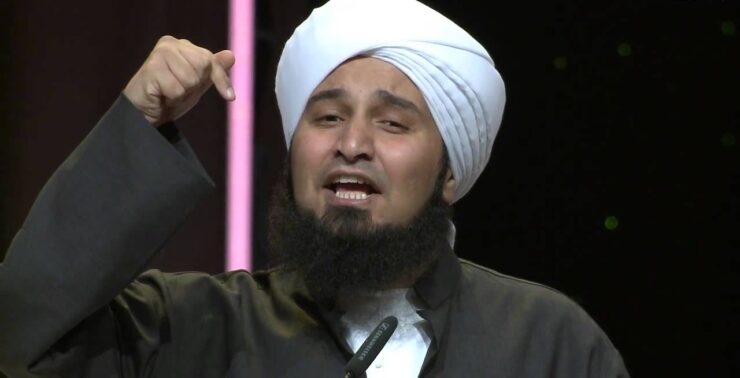 Habib Ali, 43, only speaks in classical Arabic. His sentences, carefully crafted in small and precise sound bites, sound almost rhythmical and poetic. They are then translated line-by-line into English by a Western-born scholar who is just as articulate as Habib Ali. In fact, the translation is often so good it adds another dimension to the speech, making it much more memorable to his English-speaking audience. But above all is the content of Habib Ali’s speeches; he speaks with compassion and kindness, with love and about love. Paradoxically, his speeches are both simple and profound.

Born in Jeddah, Saudi Arabia in 1971, he later moved to Tarim, a historic town in Hadramaut, Yemen. He is part of the Habaib, or scholarly descendants of Prophet Muhammad (peace be upon him) who played a key role in spreading Islam around Southeast Asia and East Africa. They are known for their deep sense of spirituality and for following the Ba’Alawi Sufi order. Another notable scholar from the Habaib is Habib Umar bin Hafiz, a teacher of Habib Ali and ranked by the Muslim 500 (an annual publication on the world’s most influential Muslims) as the 28th most influential Muslim in 2013. 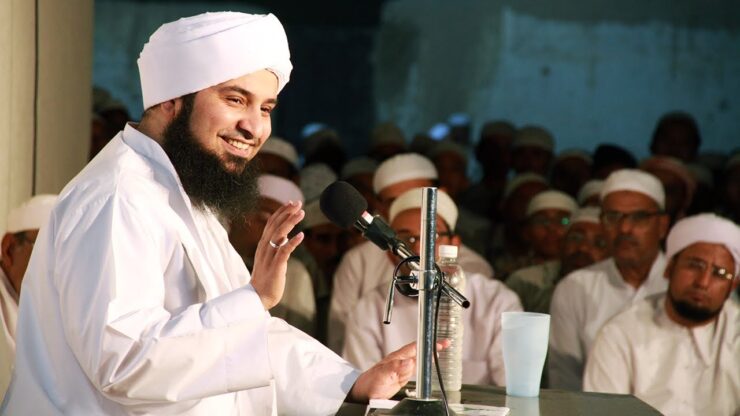 Habib Ali – who now lives in Abu Dhabi – began his intensive training in Islamic studies in early childhood. His first teacher was in fact his mother’s great-aunt, a scholar and sage who had an immense influence on him and the direction he took in the pursuit of knowledge and spirituality. Perhaps it is no surprise that many of his talks touch on the egregious treatment of women by many men and how this is detestable and forbidden in Islam.

“To the men – especially those who are religious – before looking right and left, look at yourself. How do you view women?” he said at a talk in 2012 after hearing about a pregnant woman who was kicked out of her house by her husband. “Your night prayers, your daily fasts, your memorisation of scripture, your charity, your pilgrimage, your knowledge and your teaching, your struggles for the sake of God – everything you do – [won’t get you anywhere] if you don’t treat women well,” he said.

Clearly, his criticism of men and constant reminders of the importance to honour women have won him many fans. His popularity has poured over into the realm of social media where, along with other scholars such as Habib Umar, Muhammad al Yaqoubi and the late Nazim al Haqqani, his face is proudly uploaded on his fans’ profile pictures. Some have even gone as far as to ask whether Habib Ali is the Mahdi, the prophesised redeemer of Islam.

Not everyone, however, is a fan of Habib Ali. Many find some of his Sufi teachings divergent to Islam. But it was a tweet in June of this year that plunged Habib Ali into a sticky situation. The controversial tweet was a du’a for Egyptian President General Fattah al-Sisi. His message was widely interpreted as support for a ruler who is accused of massacring his own people during the Egyptian protests earlier this year. The tweet read [in English]:

“Oh Allah, give taufiq to your humble servant, Abdel Fattah al-Sisi to implement in truth the heavy responsibility he carries and aid him in his own self and other than that, O the most Powerful, O the Most Able.”

Given that taufiq is generally translated as “success”, it’s not surprising why some found the tweet unsavoury, if not reckless and deeply problematic. However, Habib Ali in an interview explaining his tweet, translated the word as “to guide towards righteous deeds”, making his tweet much less controversial.

Whatever the case, for the Egyptians whose families have been massacred at the hands of government forces, the tweet was not something they expected from one of the world’s most influential scholars. It could easily be seen as giving legitimacy to a dictator, especially given that Habib Ali has failed to criticise Sisi. For those that didn’t like Habib Ali to start with, it increased their aversion towards him while many of his fans began ditching him. His hardcore fan base – many who seem to hold him as somewhat infallible – stood up for him after his tweet, defending his right to simply pray for a fellow human being’s guidance.

However, the tweet incurred the ill-feelings of prominent scholars such as Imam Suhaib Webb, Sheikh Omar Suleiman (both of whom aired their dissatisfaction on Facebook) and Tariq Ramadan, who recently wrote an open letter which went viral, believed to have been written in criticism of Habib Ali’s quietism in the face of massacres.

No doubt, the tweet tainted Habib Ali’s reputation. But he still remains an extremely popular figure, widely loved and respected. With over one million followers on Twitter and almost 4 million likes on his Arabic Facebook page, he often takes to social media to invite people to recognise Islam’s loving and merciful dimension.

Habib Ali also tackles atheism on social media, something he sees as a problem besetting many young Muslims in a world that is rapidly leaving religion behind. Some of his tweets are links to published scholarly works which critique and examine the supposed inconsistencies in the evolution theory, an issue many Muslims find difficult to square with their religion.

Despite his clear popularity, what remains to be seen is whether he will still be invited to as many Islamic conferences as before. For many, his political views – or lack thereof – has caused discord within scholarly circles and have even prompted small-scale protests against him when he makes public appearances.

Naturally, being in the public eye comes at a price – you’re bound to slip up sometime. Nevertheless, on the whole his talks are a breath of fresh air and are far more palatable for non-Muslims than heated and frenzied clerics spewing hatred towards Western societies. Habib Ali, who is big on inter-faith dialogue, follows not an Islam of hate, but an Islam of love. A religion of not just tolerance for all, but love for all. And that, his admirers argue, is what ultimately counts.

Fitness and fasting: Making exercise during Ramadan work for you