In the first of this series of profiles on the world’s most influential Muslim scholars, Omar Shahid digs beneath the surface to discover the man beneath the title of sheikh.

All images from Hamza Yusuf and Zaytuna College Facebook page.

Sheikh Hamza Yusuf is what you might call a celebrity scholar. After giving a talk, he is often besieged by eager fans wanting his autograph, a question answered, or simply a closer glimpse. Unlike many teachers from the Indian subcontinent who have failed to appeal to the youth with their simple and uninspiring talks in broken English, the appeal and charisma of this white American intellectual Muslim scholar has captivated an entire generation of people – especially the young.

In the 1990s he shot to fame as a young, eloquent and moving speaker, able to grip an audience with his oratory and almost encyclopaedic knowledge, moving seamlessly from the Islamic tradition to modern Western thought, philosophy, sociology – plucking quotes from a wide variety of books that he, as a voracious reader, could use at his disposal. The fiery scholar, with popular talks about the antichrist and the perils of the modern world, quickly became one of the West’s most influential Muslims, with his cassettes selling like hotcakes. 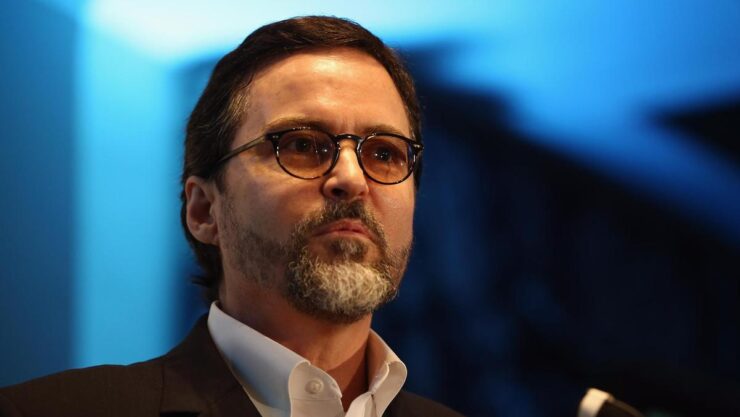 Then came 9/11. An incident that sent shockwaves across the world, ushering in a dark cloud of suspicion, anger and nervousness directed towards Muslims. Hamza found himself in a slightly precarious position: he became a spokesman for Muslims and was even called upon by President Bush – by no means a friend of the Muslim community – to advise the US administration on what to do.

The world’s spotlight was shining brightly on Islam and its followers. Now was not the time for radical rhetoric or fiery speeches. It was a time for sensitivity and caution. A time to show Islam was not at war with the West. One dubious sentence could play into the hands of Islam’s enemies, waiting to misrepresent, decontextualise and then broadcast around the world, shouting “Aha! Look what these Muslims believe!” Scholars like Hamza just couldn’t afford to slip up; it would be too costly, not just for their own careers but also for the wellbeing of fellow Muslims. Hamza quickly realised that he had to adopt a slightly different tone, emphasising Islam’s tradition of mercy, compassion, tolerance and deep-rooted spirituality.

Hamza’s opponents claim that post 9/11, he reinvented himself as the voice of moderate Islam by somehow collaborating with the US government. However, while it’s true that he has tempered down his rhetoric, it seems wholly unfounded that he did so as a co-conspirator with Bush, as some would have you believe.

“September 11 was a wake-up call to me. I don’t want to contribute to the hate in any shape or form. I now regret in the past being silent about what I have heard in the new Islamic discourse and being part of that with my own anger,” he said in an interview in October 2001. 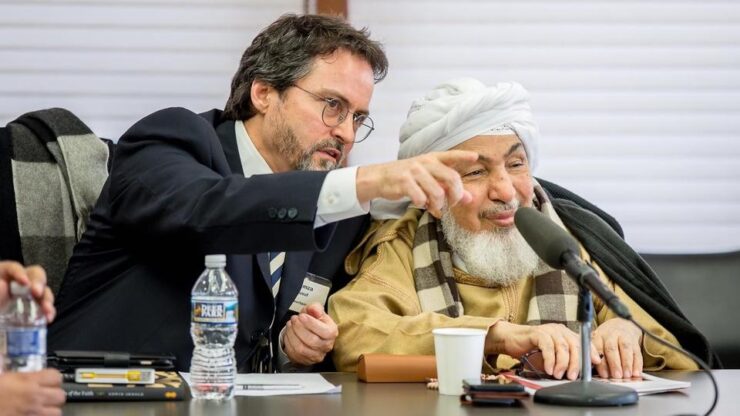 Fame and especially his meetings with then President Bush has brought Hamza his fair share of critics, haters and enemies. They have often attempted to disparage his name, calling him “a sellout”, “a Sufi”, “from the people of bid’ah [innovation]” or even a heretic. “I heard Sheikh Hamza Yusuf is funded by the US government from a reputable source,” a young Muslim once told me. I asked him for his evidence. He didn’t get back to me… and that was a year ago.

It is these sorts of baseless accusations, rooted in suspicion and contempt of a scholar who simply understands his faith differently to them, that makes admirers of Hamza want to pull out their hair. After all, to them, he is one of the great scholars of this age.

Born in Washington in 1960, Hamza was raised in North Carolina as a Christian. His father was an academic while his mother was an activist. He converted to Islam at 17, following a near-death experience in a car accident. Being confronted with death shook him to his very core, waking him up to the opportunity of life and leading him on a journey to find answers to life’s deepest questions. So he began looking into different world religions. It was Islam, however, that grabbed him and provided him with the answers he was craving.

Hamza subsequently travelled to the Muslim world, studying under some of the world’s most preeminent scholars in places such as the UAE, Saudi Arabia and Mauritania. After 10 years of study, he returned to the US and earned a degree in religious studies and healthcare. He also went on to found Zaytuna Institute in 1996 – now called Zaytuna College – the first Muslim liberal arts college in the US. Also an author, he currently divides his time between teaching at Zaytuna, lecturing around the world, pursuing his PhD in Islamic studies and spending time with his wife and five children.

Last year I attended Rihla, a three week Islamic studies course in Turkey, organised by a US Muslim organisation called The Deen Institute. During these three weeks, I spent a lot of time in Hamza’s presence and noticed his humility, sincerity and – despite his stardom – complete sense of normality. I couldn’t help but think: he’s just a normal human being, not puffed up with pride, arrogance or egotism, but grounded and approachable. In fact, he approached me twice just to make casual conversation. One morning, I asked him while he was eating breakfast whether I could speak to him in private and despite his busy schedule, he took time out to hear my questions and concerns. His sincerity and soft-heartedness is also reflected in many of his talks, where it’s common to see him reduced to tears.

But he is not without his flaws. Of course, there are things that he would have preferred not to have said in the past, and there are even a couple of videos on YouTube of him talking in a slightly hostile manner. Nevertheless, his contribution and service to Islam is unparalleled.

But what’s of particular interest today is that he seems to be less concerned with his once tempered and cautious approach. Recently, his talks have been sounding more and more like the ones he gave pre-9/11. At a conference I attended in Canada last year called Revising the Islamic Spirit (RIS), he gave a talk on popular “occulture” – the poisonous ways in which people in powerful positions are using TV, films, music and computer games to damage and darken the minds of millions. 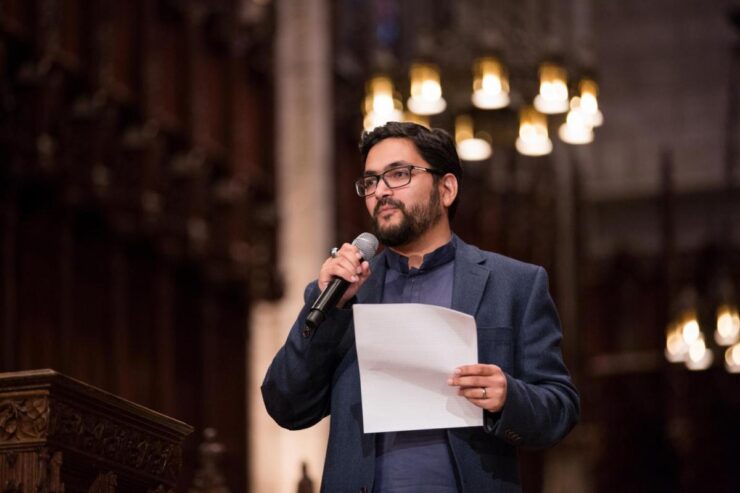 What was interesting wasn’t so much the content of his talk but that he gave a talk on such a topic – one that could be considered to be crossing the boundaries into “conspiracy”. At this year’s Rihla in Turkey, for example, he was not shy to take aim at a number of issues, lambasting for example, the Happy Muslims video that went viral earlier this year.

Today, having long been part of a cohort of like-minded scholars attempting to reclaim and revive traditional Islam, redirecting Muslims away from the pitfalls of modern life, agitation and sleep, he stands as one of the great mujadid or religious renovators of our time – at least to his admirers. Having attracted so many people to Islam, demonstrating the religion’s essence, one of beauty and love, not of anger and self-righteousness, the title of mujadid doesn’t sound far-fetched.

“I thought Islam was all about anger and hell. Then I discovered Hamza Yusuf,” says a young Muslim from London who recently started practising his faith. “He was talking about love and mercy, concepts that I thought had nothing to do with Islam. That began my quest for knowledge and led me to where I am today.”

A friend of Hamza tells me that in the 90s, when the scholar was new to the lecture circuit, he would walk around with stacks of books underneath his arms before delivering a lecture. This was always his strength: being so well read. It’s evident to anyone who has ever heard one of his lectures – he can’t contain all the information, which inevitably means that his talks take tangents and you end up learning something completely new.

But what’s also particularly refreshing is his realism: despite being a faithful follower of Islam, he has never shied away from criticising religion. Or to put it properly, “the way religion manifests in human culture”.

“Islam was hijacked on 9/11,” Hamza famously said outside the White House following the attacks on the World Trade Centre. For years, he has been trying to reclaim the religion from the hands of extremists, and it’s fair to say he has done a pretty good job.