Smartphones and smart technology have rapidly grown over the years. The introduction of new and unique technology is slowly changing the landscape of wearable technology. What once was futuristic technology, like smartphones, now is a part of everyday life. Due to the fast turn around and increase interest for new technology from consumers, the wearables market is seeing newer concepts and ideas come to light.

Thanks to smaller and more nimble technology, consumers can enjoy adaptations and combinations of already existing technology. For example, Bose has recently brought out sunglass, which has speakers in them. This duo indicates the scope of new technology on the horizon. Here’s a look at some unique pieces of technology that are available on the market today and that connect to smart devices. 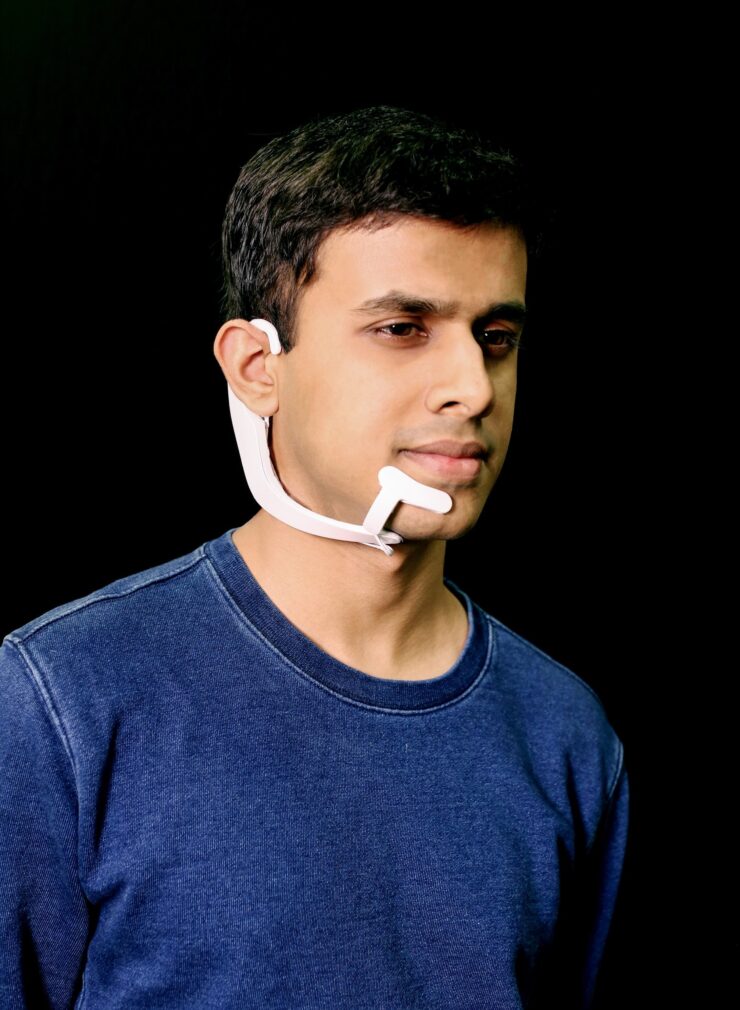 The Alter Ego created by researchers is a wearable device that can be used to read peoples minds and inner voice. The device allows users to control devices and aks questions without talking. The device can transcribe words that wearers verbalized internally. It does this by using electrodes that attach to the skin. The device is worn around the jaw the chin and clipped over the top of the ear for comfort and to hold it in place.

The device has four electrodes under it that make contact with the skin. Each of them picks up slight neuromuscular signals that are triggered when the user verbalizes internally. The artificial intelligence in the device can match signals to words when the wearer is saying words inside their head. This then feeds into a smart device. The intelligent device, then, using bone conduction, plays sound into the wearer’s ear without needing an earphone.

Image Source: The image by Deezen illustrates how the hardware is used and the point at which it connects to the face to calculate inner thoughts. 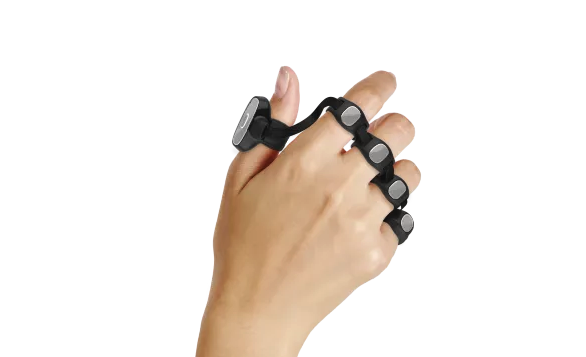 The Tap Strap is a Bluetooth keyboard and mouse which slides onto your hand like a glove. It works by pairing the device with your smartphone or tablet and tapping away onto a surface using its arcane system, which is a series of chords which corresponds with letters. Learning to use the Tap starts with vowels which are assigned to one finger each. After which the NTLS and DMZ are added, consisting of tapping two fingers at a time in a specific sequence. 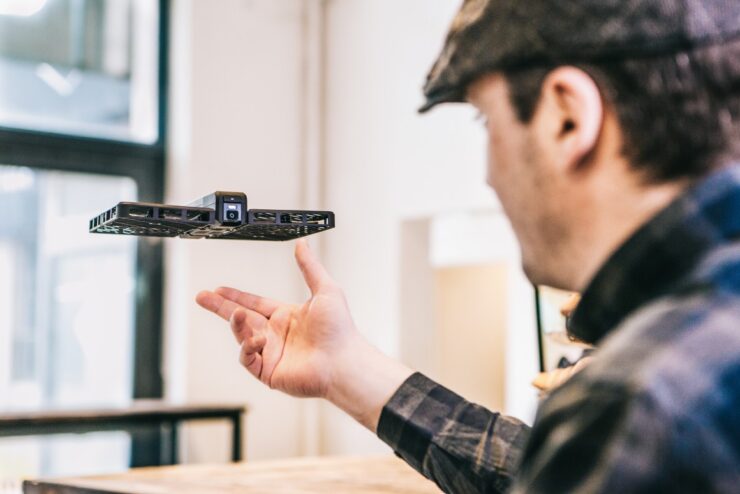 The Nixie drone is a wearable wrist-mounted drone that users can wear like a watch or a piece of jewelry. From your wrist is can launch itself into the air and take selfies and videos using its onboard camera. The device unfolds from the wrist packaging and turns into a flying quadcopter. The drone has two different automatic modes, which make using it simple. The fist is a Boomerang mode which makes the drone come back to you after shooting. The second is a Follow Me mode where the drone follows you as you move around. The drone can be paired with your smartphone to enjoy breathtaking selfies.

Considering the focus on improving and adding new cameras Apple and Samsung are taking in their new phone releases, it only shows that the technology trend is moving towards photography, hence the release of “Ultra-wide, dual and triple cameras” (via SmartphoneChecker).

With photography being a trend nowadays, this handy drone could be a great addition. 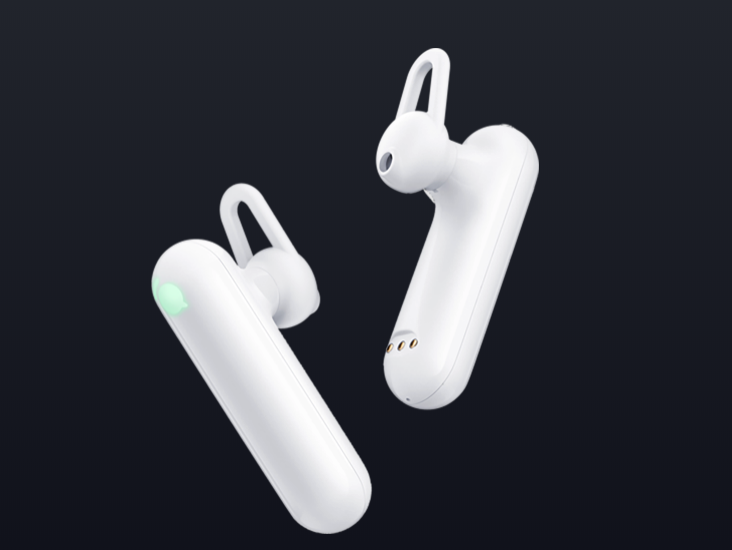 Timekettle WT2 Plus Real-Time Earphone Translator allows users to enjoy face-to-face bilingual conversations thanks to rapid translation abilities. The device is able to translate languages in real-time, making it possible to have a bilingual dialogue on the go and with ease. The devices are a wearable translator that comes with two earphones. Users also have the option to customize the charging case to their preferences.

Essentially the device offers hands-free communication and gives users the opportunity to explore different cultures and a new way of traveling. The earphone features a patented 1+2 translation system, and with the WT2 app on the smartphone, it allows multiplexed speech communication and both earphones translators. The system will enable users to talk to anyone no matter the language.

Puma has developed its Fi footwear, which is to be launched as a training shoe made for workouts and light running. The shows employ a micromotor to uniquely configure a lace cabling system that laces the shoe by swiping up or down on the Fi module. The shoes also come with a smart sensing capability that learns the shape of the wearer’s foot and adjusts the shoe fitting for comfort. The shoes can also be connected to a smartphone to monitor, adjust and finetune their fit through the app. The shoes can also be controlled on the go via the Apple watch and are designed to help users train smart on the go.