Somalia needs aid but only to help it stand on its own two feet. Dr Hawa Abdi tells Sya Taha about her hopes for Somalia’s future.

It is a calm and cool afternoon in Nairobi, Kenya, when I catch up with Dr Hawa Abdi over Skype. After working hard in Mogadishu’s difficult circumstances with her two physician daughters Deqo and Amina Mohamed, she sometimes comes to Nairobi to rest and relax. Speaking over a passable internet connection, our conversation is peppered with silences, as our words travel between Kenya and Singapore.

68 year-old Dr Abdi, affectionately known by Somalis as Mama Hawa, is more than Somalia’s first gynaecologist. From 1964 to 1971, Dr Abdi specialised in obstetrics and gynaecology in Kiev, and later came back to work in one of the biggest hospitals in Somalia. It was during this period that she saw to many women from prison, who were handcuffed or chained to the hospital beds as they waited for treatment. This sight spurred her to continue her education in Somalia, this time earning a law degree in 1979. 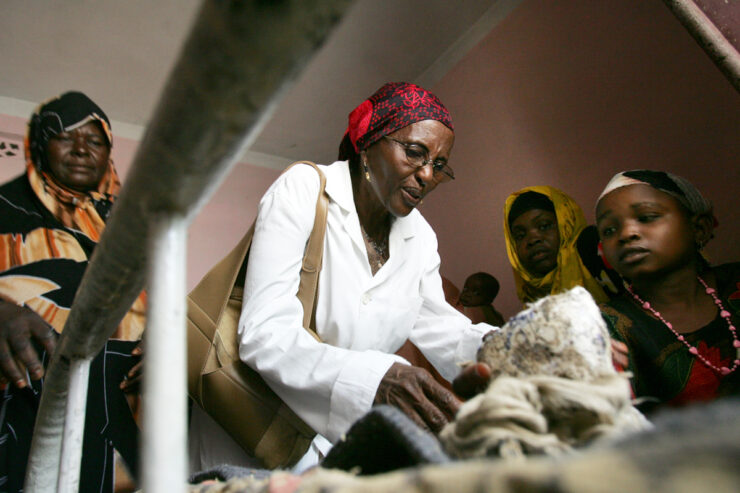 To help provide maternal care to rural women, Dr Abdi started a free rural clinic in 1983 on some family-owned land, which quickly grew into a 400-bed two-storey hospital. When Somalia broke out into civil war in 1991, her hospital started to take in refugees. The surrounding land quickly expanded into a refugee camp that housed 90,000 internally displaced people. This haven however, became the target for several attacks by militants over the last few years.

Today, the camp houses 5,000 internally displaced people in six sections, each with their own committee, water tank and farmland. The camp’s primary school, Waqaf-Dhiblawe, teaches an equal ratio of boys and girls. As of 2012, the hospital has a capacity of 400 beds, maternal mortality rates of 1 per cent, and infant mortality rates of 4.3 per cent, well below national averages.

Why did you choose to study medicine and then law?

I chose medicine because my mother died in a delivery complication when I was still young. I have seen how she was suffering and could not help her. After the death of my mother, I felt such deep pain, which I want to avoid for other people. Many children of my age at that time also had mothers who died from delivery complications. I decided to become a doctor and specialise in obstetrics and gynaecology.

I spent seven years in the [former] Soviet Union until 1971. When I came back I was working in one of biggest hospitals in Somalia at that time and saw many women from jail coming to the hospital. They were chained with some kind of iron to the bed. 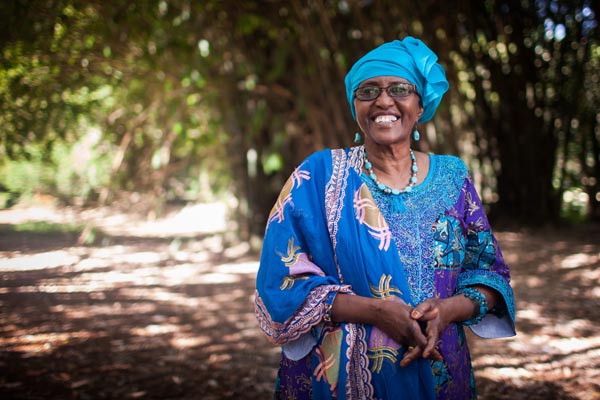 Because they were from prison. The policeman did not want them to escape! And I feel that for these women, I feel that there is no justice. So after I finished my [medical] studies in 1971, I began my law studies from 1972 to 1979.

What does your average day in Mogadishu look like?

There are so many things to do! Now my daughter came to Mogadishu just on Friday, and she was seeing 100 women and children – this is the most vulnerable group. Different people are coming every day, some are coming because they are hungry, some are facing different diseases. You have to talk to them and give them whatever you have. 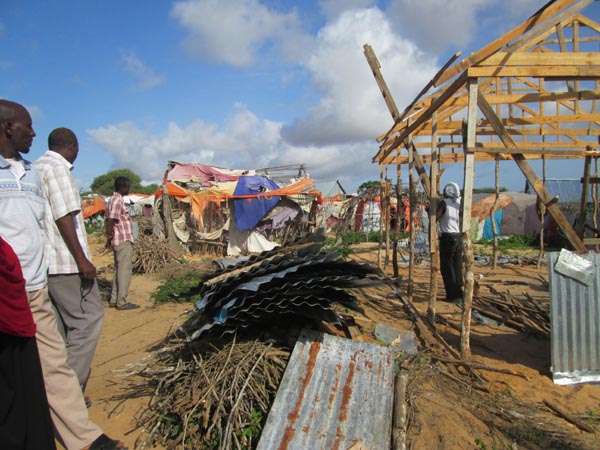 You give nutrition lessons in your camp. What are these lessons like?

In our country Somalia, and in [many parts of] Africa, children are dying because of malnutrition. We also have many cases of malaria. Economic development cannot avoid [the issue of] children’s food. But we have no possibility to give children the food they need because our country is now 23 years with no government, no jobs, and no stability. Because of the destruction and killing, people have no stability to farm or rear animals.

So our children are dying now, the 18% child mortality rate [for children under 5] is one of the  highest in the world. This is mostly due to malnutrition and some curable diseases like malaria and anaemia, some of which are also based in malnutrition. 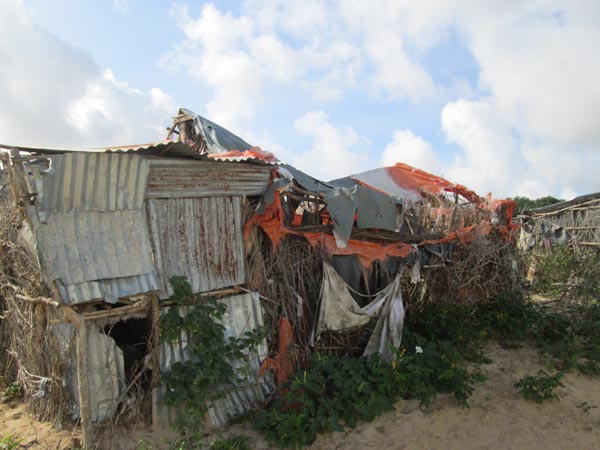 So even though there are nutrition plans, families cannot afford to feed their children?

[International organisations] give us nutrition lessons, and we try to feed the children. When they come to us, we admit them to the hospital and feed them. Within a week, the child recovers. But you have to send him home because you cannot care for all the children in hospital. Afterwards, he will come back with even worse malnutrition because the family has nothing to give him.

This problem is economic as the society is not developed. Without peace we can do nothing. We cannot grow anything, we cannot educate children, we cannot give nutritious food.

What is your philosophy towards maternal care?

Families need to be economically sufficient. Most of the maternal mortality is due to anaemia. There is also a need to develop healthcare in our country. Not all women have the possibility to reach health centres because of transportation or because they live in faraway rural areas. We need moving doctors – there are some but not enough.

Security and stability is also very important. Sometimes when women are in labour, transportation can be difficult. Sometimes when there is fighting on the roads and no one can use the road, a woman can die because she cannot get help.

I believe the world is one because we are all human beings. All our needs are one. 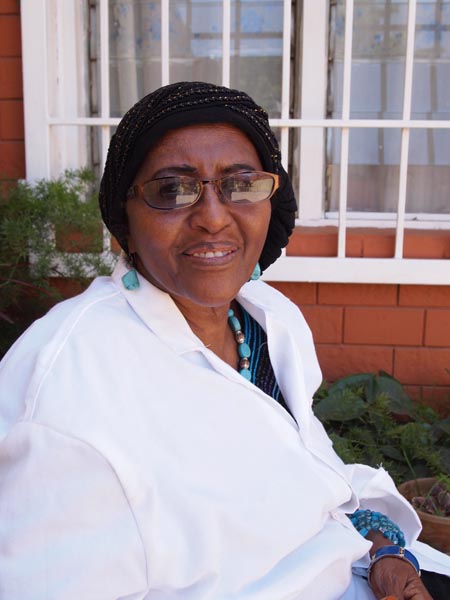 How do the fishing and agricultural projects in your camp interact with the work of your hospital?

We are fighting poverty, malnutrition, and illiteracy. Fishing is very important to fight protein deficiency. We also grow some maize, beans, vegetables and fruits. We also try to rear some sheep, goats and cows.

In 2013, at least we have a government, even though it is still very weak, but it wants to begin [the ] process of development and not merely relief – we were surviving on relief for 22 years. But we have our farm and our tractors. Now we want to stand on our own two feet and we are searching for investment.

I hope that we can find people who will work with us, people who can invest and help us. Then we will go [ahead] by ourselves. I welcome private investors. We have a large farming area of 400 hectares where we can grow anything. Just before the civil war, we grew bananas and exported them. We have the big Indian ocean for fishing and tourism. If we have investors, we can create so many jobs.

Does religion in general play a special role in your camp?

We have simple rules. Before, there was fighting and people were killing each other because of tribal divisions. We made a simple rule: whoever enters this camp, we will give free land, water, healthcare and food, but that person or family cannot identify [by] their tribes. If they do that they have to go out. We hosted 90,000 people here before from different tribes and we succeeded in making them one Somalia.

After collapse of the government, domestic violence went up. A man would begin to beat his wife because he was desperate. Children cry because their mother was beaten. So another rule is if you want to stay, no man can beat his wife. 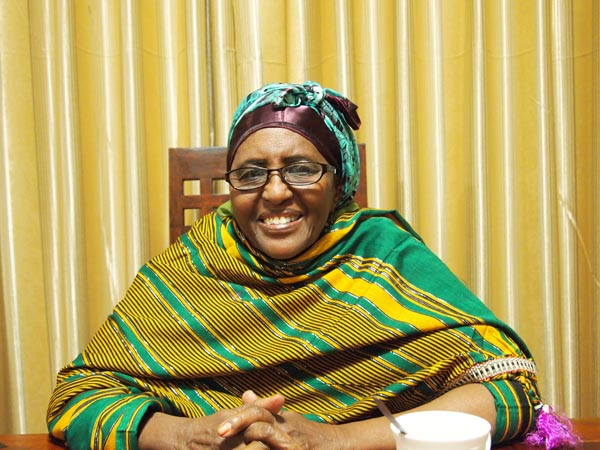 What do you think will be the future of Somalia?

We still have to suffer, there was no justice in 21 years under the Siad Barre regime, then we had the civil war for 22 years. Some of our community were protected, some other people were destroyed. Now there are also other groups who take and destroy what they want, raping women, without law and order. This means a total of 43 years without law and order.

Poor, honest, hardworking people need justice and help. They need protection, but it will be very difficult. There are extremist people now still inside the government. They are generals and they are doing whatever they want. In the short term we will still suffer without a big helping hand from the international community.

In the long term, those who grew up in my camp will be Somalia’s future because they did not learn any bad things. 30 percent of our camp are youth who will never participate in fighting or killing by tribes. They are honest, we have taught them to help each other, to love each other and to defend each other. Peace itself will come. Many young people who are studying in universities in Arab countries, in Somalia, they are the future leaders of Somalia. My only hope are those who grow in my camp. 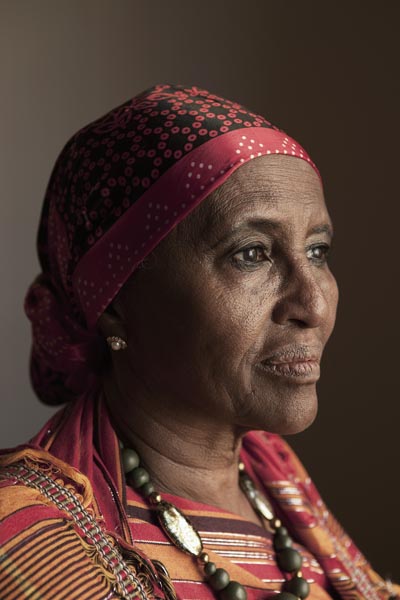 What is your message to our readers?

I want the international community to know that we are in a dangerous situation now. We need food which we can grow ourselves, but we need help. I am appealing to you to support us to be sustainable. We need fishing tools, farming tools, health instruments for the hospital, medicine, equipment. Whatever the international community can give us, to save thousands of lives from suffering.

I believe the world is one because we are all human beings. All our needs are one.