It’s not enough to congratulate a convert. Klaudia Khan reminds us that that there are others around us who may need help after embracing Islam.

Important decisions are never easy. Life-changing decisions – such as embracing Islam – must be the most difficult. Except that once we recognise Islam as our true religion there is no other choice. No turning back, no matter what. Newly reverted Muslims often recall that special feeling after saying their shahadah: they say it was like being born again.

I also felt like this when I became a Muslim some six years ago. And like any other “newborn” I needed care, support and guidance. My husband was my primary mentor in Islam and at that time I was surrounded by people who made me feel welcome; who could show me around and teach me the basics. Thanks to them, my transition was smooth and I haven’t experienced loneliness – something so many reverts face at the beginning of their new lives. Feeling abandoned by their old friends and isolated from new ones is a serious trial that a lot of new Muslims go through. Thankfully, there are people who understand the importance of making newcomers feel welcome in the Muslim community.

Precious Pearls is a new Muslim support group that meets every Saturday in a classroom of an Islamic school in Dewsbury, North England. It was initiated by Farida, a revert of Turkish-English origin, some two years ago. Although Farida felt well-integrated into the local Muslim community, which she found friendly and welcoming, she felt that revert Muslims needed some special get-togethers during Ramadan to substitute for the lack of family support as well as to experience the joy of shared iftar. 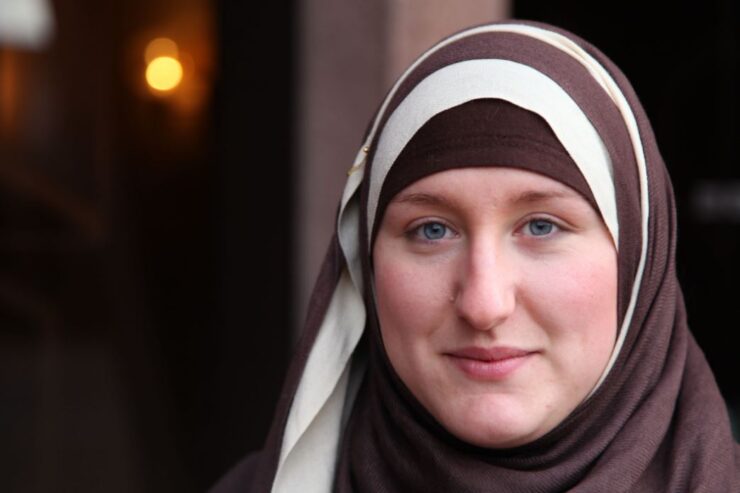 After securing the venue for the meetings, she was overwhelmed by the overwhelming positive response and the help she received from volunteers.

“Mashallah! It was an amazing Ramadan,”  recalls Farida. “The support from the community was unbelievable. We had sessions from new Muslim women with short inspiring talks about sirah[history], tafsir [translation] and Ramadan, one-to-one support and homemade food to take home. There was a creche with fun educational activities around the theme of Ramadan for children. And there was a social segment, where sisters could share experiences with other sisters and meet them.”

The meetings proved to be very popular as the new Muslim sisters needed support that went beyond occasional social gatherings. Precious Pearls does not only welcome reverts, but also anyone who wants to learn more about their faith, or anyone in need of good company. Women from all walks of life and from different ethnic and cultural backgrounds came together to listen to a short lecture on tafsir, followed by a story from the life of the Prophet (peace be upon him) and his companions.

After the talks, which are given by certified Islamic teachers who volunteer, there is time for tea and biscuits and one-to-one sessions where each revert has a chance to speak to a mentor to discuss whatever she would like to know, practise her Arabic alphabet, or practise basic recitation with other women more advanced in the study of the Qur’an.

Every new Muslim is also presented with a welcome pack that includes books, educational CDs, a prayer mat, a headscarf, a miswak stick and other surprises. There are no assumptions about what you should already know, while the one-to-one sessions give you a chance to talk frankly and ask any questions. There is a great spirit of sisterhood there, and talking to the mentors felt for me like I was talking to a caring older sister. 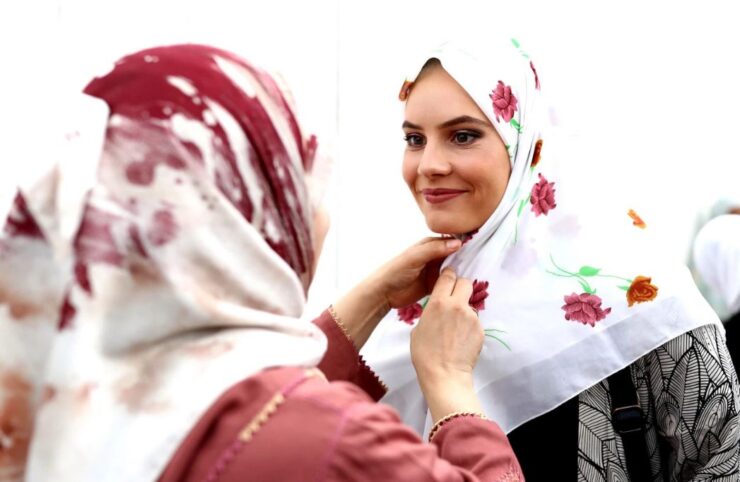 Meanwhile in California, the Islamic Institute of Orange County (IIOC) and the Islamic Center of Irvine are helping reverts through the New Muslim Mentor programme. Every new brother and sister who needs support after taking shahada (or even any person who hasn’t made the important decision yet, but expresses interest in learning about Islam) receives a welcome kit with some useful literature and is paired up with a mentor. Some of the mentors I had the opportunity to talk to were sisters Marium, Hajar and Anita.

Marium has been a Muslim for 20 years now, having converted to Islam from Hinduism. At the beginning of her journey to Islam, she met some special women who gave her the guidance and support she so sorely needed. It was that meeting that also inspired her to become a mentor.

“Because she was so nice to me, I wanted to do something to ‘pay it forward’ for the sake of Allah (swt). So when I left Dubai and came to the US, I used to help new Muslims in the local community, inviting them to my house on special occasions and answering their questions,” says Marium.

As she joined a group of volunteers at the local mosque, she realised just how much support reverts needed on all levels: social, economical, personal and spiritual. That support also needs to be tailored to local circumstances.

“In California, almost 80 percent of reverts last year were single Latino sisters, a huge number of them below middle class. They have children, and it’s hard for them!” Fortunately, Marium and others working at IIOC are ready to go the extra mile to reach out to anyone who needs support.

Moroccan-born Hajar became more connected with her religion after moving to the US at the age of 16. She feels that the organised effort to help new Muslims is essential, because reverts are sometimes viewed by “born-Muslims” with suspicion, making it easy for them to be taken advantage of or manipulated. In her work as a mentor, she feels that it’s important to not only explain about Islam, but also show what it means to live as a Muslim.

“I feel that being surrounded by converts compels me to do my best in every aspect of my religion, to be a good role model,” says Hajar.

Anita, who converted to Islam 29 years ago, says she was also fortunate to meet some supportive Muslims who made her feel welcome and helped her to integrate into the new community. Now she helps others and feels it’s important not to rush things or put any pressure on new Muslims. Rather, it’s important to establish a relationship, as “the mentor’s job is to be there for them and to help them through any challenging situations they may be experiencing after their conversion to Islam.” 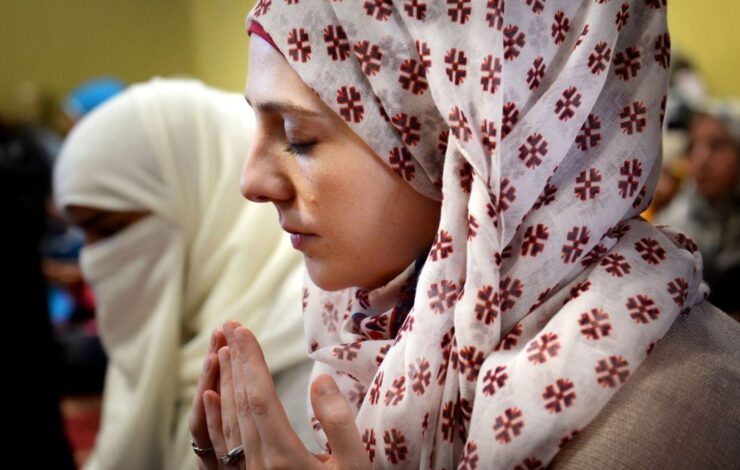 Being new to Islam is both exciting and challenging. These first steps into a new faith and into a new life will be always remembered and cherished. But our experience of that post-shahada bliss should also serve as a reminder that there are others around us who may need help after embracing Islam.

Everyone is quick to congratulate the new revert, but just saying “Mashallah” is not enough. We need to go the extra mile and reach out to them, just as someone reached out to us – or as we wished they had.