These three faiths have more in common than meets the eye, writes Alayna Ahmad.

The three largest monotheistic faiths – Judaism, Christianity and Islam – are undoubtedly related. All claim their descent from the patriarch Ibrahim, who is referred to as khaliilaan (An-Nisa’ 4:125), from which comes his title of Khalilullah, or ‘friend of Allah’. The ties and relationships between these three religions have become lost or distorted over time. However, they are all children of the same parent and are equally capable of creating a harmonious coexistence in the world, just as they did for a brief period in history in Moorish Spain.

The Genesis and the Qur’an confirm that Ibrahim had two sons called Ismail and Ishaq, born of two different mothers. God spoke to Hajar, the mother of Ismail, and informed her that He would ‘make him [Ismail] a great nation’. When Ismail had settled in Mecca, he laid down the first foundations of the Kaaba along with his brother Ishaq and father. In his biography of the Prophet (peace be upon him), Martin Lings writes this was a prelude to the birth of the Arab people and Islam. Simultaneously, he says, Ishaq in Canaan would give birth to the Jewish nation. 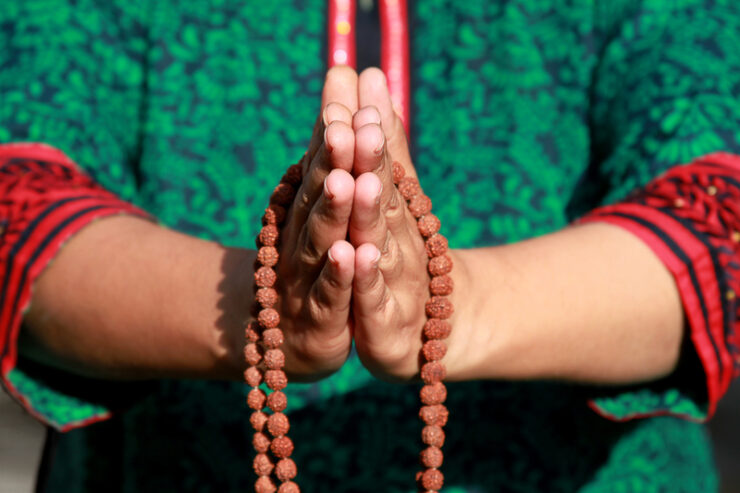 According to the Islamic tradition, Isa (Jesus) was the descendant of Ishaq through his mother Mariam. He was sent to Earth to preach the unity of God. However, in the Christian tradition, Jesus was the Son of God who preached the Kingdom of Heaven. It is interesting to note that some earlier Christians also viewed Jesus as the messenger of God. It was not until the Council of Nicaea in 325AD that the concept of ‘Unity’ became a ‘Trinity’.

The Prophets of the Genesis are generally shared between all Abrahamic faiths, although the story of these prophets may vary slightly according to traditions. Nevertheless, together with their cousins the Jews and Christians, Muslims share the same histories leading back to the creation of Adam. The Qur’an refers to the followers of Judaism and Christianity as Ahl al-Kitab, or people of the book.

They are not [all] the same; among the People of the Scripture is a community standing [in obedience], reciting the verses of Allah during periods of the night and prostrating [in prayer]. – ‘Ali ‘Imran 3:113

There is much evidence in the Qur’an to promote peaceful coexistence amongst these followers. For example:

Indeed, those who believed and those who were Jews or Christians or Sabaeans [before Prophet Muhammad] – those [among them] who believed in Allah and the Last Day and did righteousness – will have their reward with their Lord, and no fear will there be concerning them, nor will they grieve – Al-Baqarah 2:62

This verse implies that their good deeds and belief in God and Judgement Day are enough to grant them a reward. 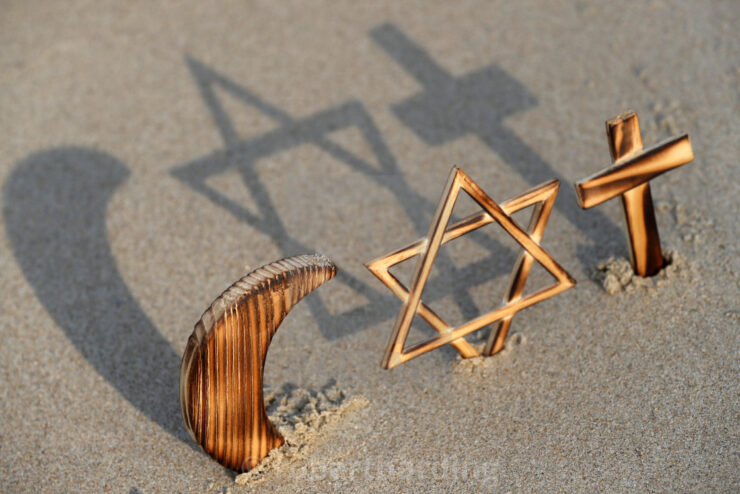 The God of Ismail has bestowed upon this world three gifts, brought down by angels at their Lord’s command. The first is the Torah which was given to Moses. The second are the Psalms given to David and the Gospels to Jesus. The third and last is the Qur’an – the final chapter revealed to Muhammad. In my opinion, the Qur’an cannot be understood completely unless we study further its counterparts – a belief which is confirmed in the Qur’an: ‘He has sent down upon you, [O Muhammad], the Book in truth, confirming what was before it. And He revealed the Torah and the Gospel.’ (‘Ali ‘Imran 3:3)

There are many traditions, practices and sentiments which unite the Abrahamic faiths. All hold a significance to the city of Jerusalem and believe that humans are the best of God’s creation on Earth. The Jewish and Islamic communities both eat ritually slaughtered meat, prohibit idolatry, grant equal status to women, perform male circumcision and agree on the tablet which was given to Moses on Mount Sinai, amongst many other issues. The Christian and Muslim communities believe in the miracles performed by Jesus, refer to Jesus as the spirit of God, belief in the concept of charity, Judgement Day, the return of Jesus near the End Times, heaven and hell, and angels and prophets of the Old Testament.

Not only are these faiths linked biologically through their patriarch Ibrahim, but they are also linked by their belief in the Divine. Furthermore, a concept of brotherhood and community runs across all Abrahamic teachings. In Matthew 7:12, God demands, ‘So in everything, do to others what you would have them do to you, for this sums up the Law and the Prophets.’ 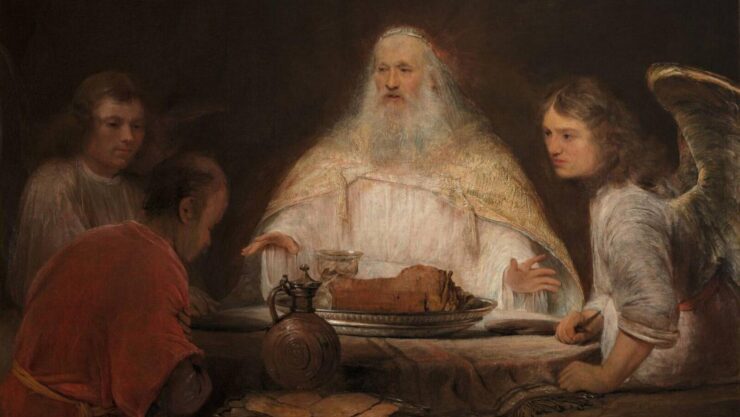 Similarly, a saying attributed to Prophet Muhammad (pbuh) as his final sermon states: ‘Even as the fingers of the two hands are equal, so are human beings equal to one another. No one has any right, any claim to superiority over one another. You are as brothers.’ The Jewish tradition imparts, ‘God has made all men brothers and they should live together as brothers at all times. It is good for men to act in unity as brothers. Such action will be blessed by God and will prosper.’

As monotheistic faiths, Judaism, Christianity and Islam share ancestors, believe their scriptures are divinely guided, and share practices and rituals such as charity, prayer and pilgrimage. They even share common holy sites and acknowledge that good deeds will be rewarded in the afterlife whilst bad ones shall be punished. Today, however, these faiths are engulfed with animosity for one another, usually driven by a nationalistic or political ideology. An obvious example is a decades-old conflict between Palestinians and Israelis.

If we take a step back and look at our history and traditions, it will dawn upon us that we are one and the same: the people of scripture and the people of the same God. Therefore, it is only with mutual understanding, patience and respect for one another that we will be able to create a world worthy for the generations of Jews, Christians and Muslims to come.