Home Business The importance of research and business plans
Business

Enthusiasm comes naturally in a start-up environment. While it is important to harness that gusto, basics such as really deep research and sensible business plans should not be ignored.

Those were the wise words of Salahuddin Kasem Khan, Managing Director & CEO of A.K. Khan & Co. Ltd which is based in Bangladesh. There have been many instances where he had witnessed at close quarters, research failing the foundations of the business in the form of a properly engineered feasibility study.

The absence of a properly thought out feasibility study can have a detrimental effect on the business, as he saw personally when a project that he was managing almost going bust until he stepped in to realign the business direction.

“The biggest challenges faced by a lot of start-ups are having a bankable feasibility study and proper business plans drawn up,” Khan explained the importance of research via an email interview with Aquila Style.

“For example, there was a start-up in my group in the water sector where the feasibility study was done by an Indian company. The approach play was based on the Indian model of community-based water systems. 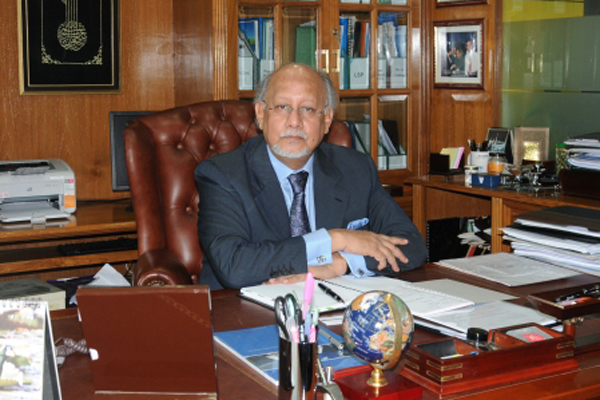 “The feasibility study was basically cut and pasted from an Indian model which obviously was not relevant and did not work in Bangladesh. That project nearly went bankrupt until I intervened and changed the model from rural community based to a more practical and realistic urban community-based model.

Tapping on joint ventures to drive the business

Needless to say, there are numerous small and medium-sized enterprises (SME) that are handcuffed by a lack of funding. While the Halal industry continues to burgeon across the world, Khan in acutely aware of the need for organizations like World Islamic Economic Forum Foundation (WIEF) to lend assistance to connecting the dots between the various SMEs.

Through the networking opportunities, Khan is convinced the next step for the various SMEs is to find a sensible and fruitful partnership amongst the communities, whether they are based in Southeast Asia or Bangladesh.

Not every company carries the right knowledge or talent in executing a long-term strategy. It is through marriages of talent and resources that will eventually via joint ventures, form the bedrock of a truly successful business. 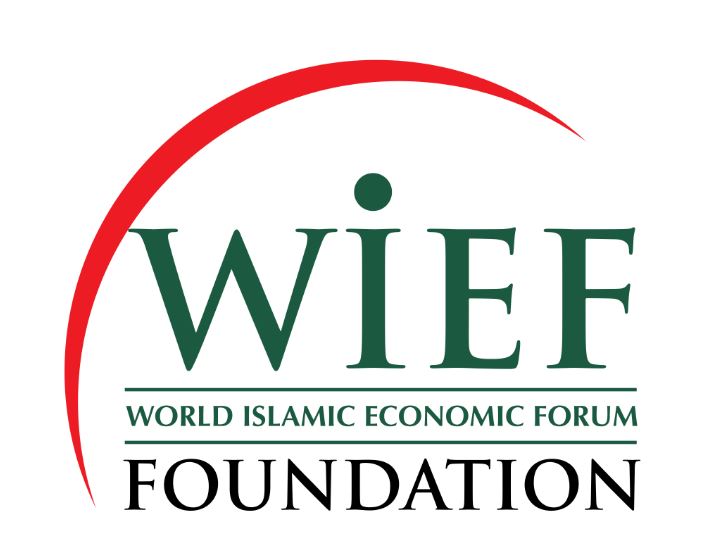 “Financing is a big issue. Although we do have an SME Foundation in Bangladesh which provides small loans to entrepreneurs, we do not have angel investors as in the United States, who is convinced of the project, will come forward to finance start-ups.”

“There is a huge opportunity for Halal cosmetics and food in Bangladesh, not just for domestic usage but for export markets like North America, Europe, Middle East and North Africa, where there are large Bangladeshi communities.

“I am very enthusiastic in seeing the Malaysian SMEs tie-up with the Bangladeshi SMEs to form really effective business collaborations.

Khan continued, “Many Bangladeshi companies including my company have joint ventures with Malaysia and Singapore companies ranging from large projects like telecom, the power to food outlets at the retail level.

“I am a great believer in the joint venture model. Through these collaborations, my company is able to progress into new areas from fishing with Japan to telecommunications with Malaysia to Radial Tyres with India. In addition, there are also successful joint ventures involving textile with Penfabric in Malaysia.”

IdeaLab to generate that all-important conversation

The WIEF will be organizing its first ever startup empowerment conference, the IdeaLab 2015, at the Parkroyal Hotel KL, on 11-12 August 2015

IdeaLab brings together some of the most highly fundable ASEAN startups for investment opportunities with investors across the globe. IdeaLab targets ASEAN startups looking for investments within the range of USD15,000 to USD1 million in industries such as consumer goods, clean tech, Halal tech, software/mobile apps, oil and gas, education and fintech.

Kha, who will be the gracing the event in August, is adamant the conference will lend a strong arm in further energizing the start-up community when the event kicks off in August.

“I think IdeaLab is an excellent forum for Southeast Asian SMEs to network with their regional counterparts, as well as extended family from Bangladesh.

“A great place to start will be for WIEF to facilitate the setting up of contacts between the various SMEs. In an extension of that, it will be great if WIEF can lend some guidance in terms of setting up access to financial contacts and knowledge about financing through local institutions.

“As President of BMCCI, I know Malaysia is able to provide a good environment for SME growth. I have personally seen how MATRADE assists small companies to participate in trade fairs overseas and creating that important networking opportunities for SME – both in Malaysia and abroad – through such initiatives.

Bangladesh, with a population of 160 million and growing at 6 percent every year for the last 10 years. There is a strong middle class which accounts for the population of the entire Malaysia, which is about 20 to 25 million people.” 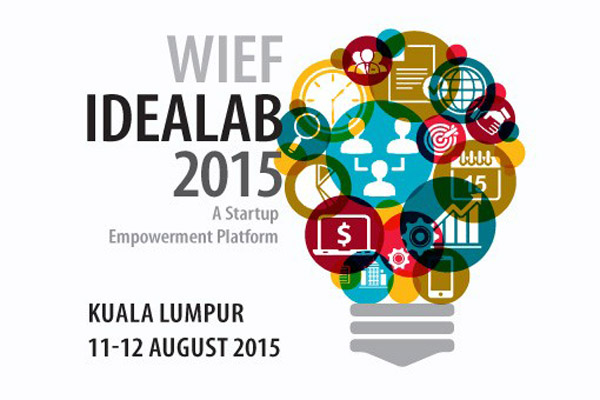 WIEF IdeaLab 2015 on 11-12 August 2015 @ Parkroyal Hotel KL, is a start-up empowerment conference bringing together some of the most highly fundable ASEAN start-ups for investment opportunities with global investors.

WIEF IdeaLab 2015 on 11-12 August 2015 @ Parkroyal Hotel KL, is a start-up empowerment conference bringing together some of the most highly fundable ASEAN start-ups for investment opportunities with global investors. IdeaLab invites ASEAN start-ups looking for investments within the range of USD15,000 to USD1 million, from the ASEAN region. Industries in focus are consumer goods, clean tech, Halal tech, software/mobile apps, oil and gas, education and fintech. IdeaLab consists of a variety of features such as the Ideation Stage by regional business experts, Networking Pods, the IdeaClinic, the City Mapping Project, the Startup Fair, and IdeaPad stage where 12 selected startups get to battle it out live on stage to a panel of investors and industry players.

Why You Should Attend:

He graduated from the University of Punjab in 1968 and did Post Graduate in Legal Studies from London (1969-1972). Mr. Khan was appointed as Honorary Consul General of the Republic of Turkey, Chittagong by the President of Turkey in 1984. Founder Chairman, Consular Corps of Bangladesh.

Moved resolution on SEACO (South-East Asian Co-operation), under OIC FrameWork, Bali (1982), which was endorsed by the 10th Islamic Summit, Qatar (2000); Executive Chairman of the SEACO Foundation; Member of the International Advisory Panel (IAP), World Islamic Economic Forum (WIEF) since (2005), whose patron is the Prime Minister of Malaysia.

This Artist Fights ISIS With A 3D Printer

Create your brand Hype Using Both Off and...

5 Reasons Why You Should Give Away Lapel...

How to Mind Your Own Business