Home Culture The Six Articles of the Islamic Faith
Culture

The Six Articles of the Islamic Faith

Essential knowledge for Muslims and non-Muslims alike, the six articles of faith are a cornerstone of Islam and its faithful followers. By Afia R Fitriati.

Considering that roughly a quarter of the world’s population today are Muslims, it is surprising that many people still have little or no clue of what constitutes a Muslim’s beliefs. Myths and misconceptions about Islam, combined with the ignorance of both Muslims and non-Muslims alike, perpetuate the image of Islam as a backward religion that supports violence and oppresses women. So, what do Muslims really believe in?

1. Belief in One God

Islam is a monotheistic religion and the belief that there is only one God to be worshipped is fundamental to the faith. The idea of multiple gods is rejected in Islam, as emphasised many times in the Qur’an, such as in this verse:

Muslims often refer to God as ‘Allah’, which is actually another word for God in Arabic that was used by the Jews and Christians for centuries before the revelation of the Qur’an. 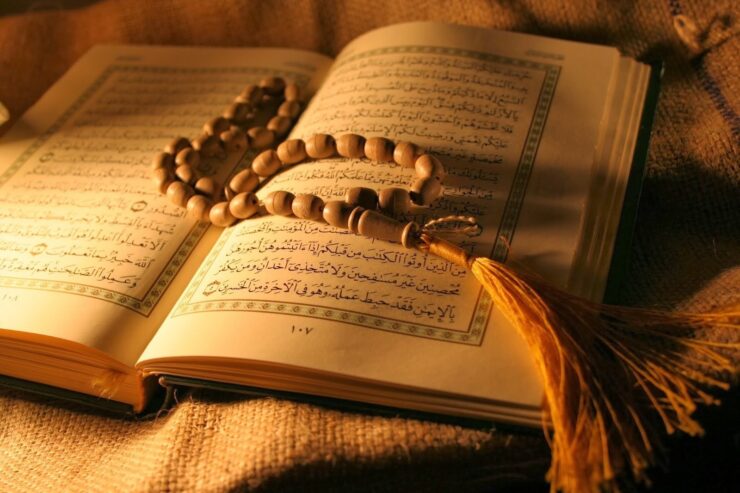 2. Belief in the Angels

Muslims believe in the existence of angels, which are special beings mentioned numerous times in the Qur’an. God has created angels to worship Him and carry on special duties that He has decreed on them, as mentioned in this verse:

Praise be to Allah, the Originator of the heavens and earth, Who made the angels messengers, with wings – two, three or four. (Qur’an 35:1)

These angels have different names. For example, Jibreel, or Gabriel, is the name of the angel who delivered God’s revelation of the Qur’an to Prophet Muhammad (peace be upon him), ‘Izra’il is the angel of death, and Raqib is the name of the angel who transcribes our good deeds. Although angels are beings that cannot be seen by humans, the Qur’an makes it clear that every Muslim should believe in their existence, as explained in the following verse:

The Messenger believes in what has been revealed to him from his Lord, and so do the believers. All believe in Allah, His Angels, His Books and His Messengers. (Qur’an 2:285) 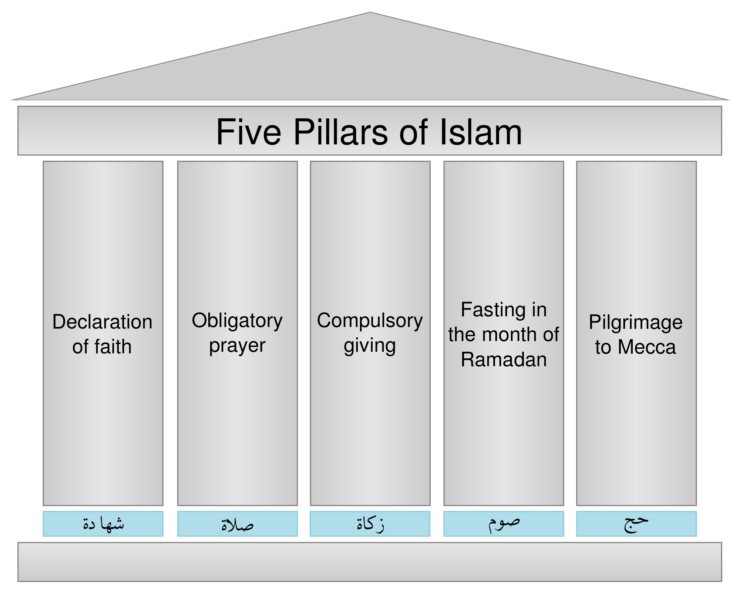 3. Belief in the Prophets

Muslims believe that since the beginning of mankind, God has sent a long line of prophets and messengers to convey the message of monotheism to the world. The first of these prophets was Adam and the last, also called the ‘Seal’ of the prophets, was Muhammad (pbuh). The Qur’an says:

Prophet Muhammad (pbuh) has a special status in Islam because he is the final prophet and he received the revelation of the Qur’an, a guide for all mankind, whereas the prophets before him were sent to different tribes or nations. The Qur’an states:

We have not sent you (O Muhammad) except as a giver of glad tidings and a warner to all mankind, but most of men know not. (Qur’an 34:28)

4. Belief in the Scriptures

Muslims have high reverence for the Torah, the Psalms and the Gospel. These books are believed to be God’s message that was revealed to the prophets before Muhammad (pbuh). However, Muslims believe that these books have been altered over the centuries. The Qur’an was sent down to correct the mistakes in the previous books and serve as the perfect guidance for mankind until the world comes to an end. God promises that the purity of the Qur’an is protected for eternity, as stated in chapter 15, verse 9 of the Qur’an:

Indeed, We have sent down the Qur’an, and surely We will guard it (from corruption).

5. Belief in the Day of Judgement and Afterlife

Muslims believe that, on the Day of Judgement, each individual will be held accountable for every action that he or she has committed during the course of his or her life. On this day, every soul will be dealt with the utmost justice, as declared in the Qur’an:

We shall set up scales of justice for the Day of Judgment, so that not a soul will be dealt with unjustly in the least. (Qur’an 21:47)

Muslims believe that destiny is an interplay between choices that humans make and God’s All-Knowing, All-Powerful nature; although humans have the free will to make their own choices in life, everything that happens in life occurs only because of His Will and Knowledge. The Qur’an states:

With Him are the keys of the Unseen. None but He knows them. And He knows what is in the land and the sea. Not a leaf falls but He knows it; not a grain amid the darkness of the soil, nothing of wet or dry, but (it is) in a Manifest Book. (Qur’an 6:59)

These six beliefs are the core of Islamic teachings. To demonstrate their faith in these principles, Muslims are required to learn the Qur’an and follow the examples set by Prophet Muhammad (pbuh) as put forth in the books of hadith. Muslims also perform the five pillars of Islam as stated in the Qur’an, namely the proclamation of faith with the Shahadah, performing the five daily prayers, fasting, giving alms to the poor, and paying a pilgrimage to Mecca.

Today, the cultural, social and political practices of Muslims are frequently attributed directly to the teachings of Islam, often creating a negative image of the religion. But Muslims who have a good understanding of the six articles of Islam will think many times before inflicting harm onto other beings, for they know that every act they make is witnessed by God, recorded by the angels and will be judged on The Day of Judgement by the examples set forth by the messengers and the word of God in the scriptures.

Meet 3 Muslim life-coaches who apply a sprinkling of spirituality