Even though women are socialized to care more about their appearance, personal grooming should be a gender-neutral territory to be embraced by both Muslim men and women. Fatimah Jackson-Best explains.

I can vividly remember my first lessons in personal grooming and beauty techniques. My glamorous older cousin introduced me to Kohl when I was 12 and black-lined eyes became the foundation of my slightly overdone (but meticulous) makeup routine. And my mom’s trademark white musk perfume has become one of my favorite scents – the clean smell reminds me of watching her get ready for work, looking her best.

The cosmetics and beauty industries also stand out in my memory. Magazines and television were where I regularly saw products for women’s grooming such as razors, shampoo, and mascara. Of course, I wasn’t alone: research shows that the average woman may see hundreds of advertisements a day. As these beauty and hygiene items are pushed to female consumers of every age, for better and for worse, such forces have heavily contributed to women’s socialization about ideals of grooming and beauty.

With so much of the attention on women, it can be easy to overlook men’s grooming and pursuit of beauty or minimize its importance. Some assume that men have less to worry about or do not require as much effort because they don’t have the same kinds of expectations about how they should present themselves in public. But after recently witnessing two conversations where groups of men very seriously discussed the difficulty in “breaking up” with barbers who were no longer giving them good haircuts, I am prone to believe that they also place a certain amount of importance on looking good. 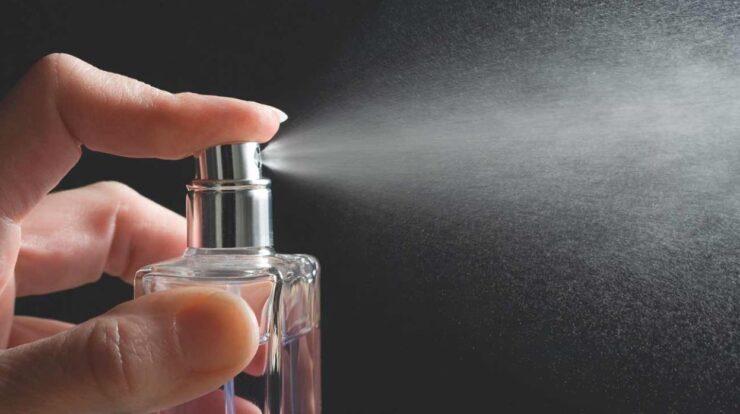 Several years ago, we also witnessed the rise of the term “metrosexual” or men who take a lot of interest in their grooming routines. However, even this was looked upon as an anomaly and was sometimes characterized as “unmanly” – suggesting that men taking interest in their appearance disrupt dominant ideas about gender roles.

Such assumptions are important for Muslim men to consider, especially those who may or may not know that there is a sunnah in grooming oneself. Prophet Muhammad (peace be upon him) stands as an example of a man that took pride in his appearance from his nails to the way he smelled. And if you think about this within the context of the seventh-century Arabian desert he lived in – that counts for a lot.

There are several well-known hadith that discuss his love of attar (perfume) or fragrances that gave off a pleasing smell. His wife Aisha reportedly said, “I used to put perfume on the Messenger of Allah using the best perfume I could find, until I saw the perfume glistening on his head and in his beard”.[i] In another hadith, he reportedly said, “The best scent is the perfume of musk.”[ii]

These hadith show an intimate side of the Prophet Muhammad (PBUH), and the narrations also indicate that he was a man concerned with how he looked and smelled. In other words, he was invested in how he was experienced by others and wanted to present the best image of himself. As a man with social and religious motivations, how he was received by followers and skeptics alike was obviously significant. By realizing that one’s scent is among the initial ways that we encounter each other, he set an important and powerful example that other Muslim men would benefit from following. Besides, smelling good makes you feel good, and when you feel good, other people feel good too. 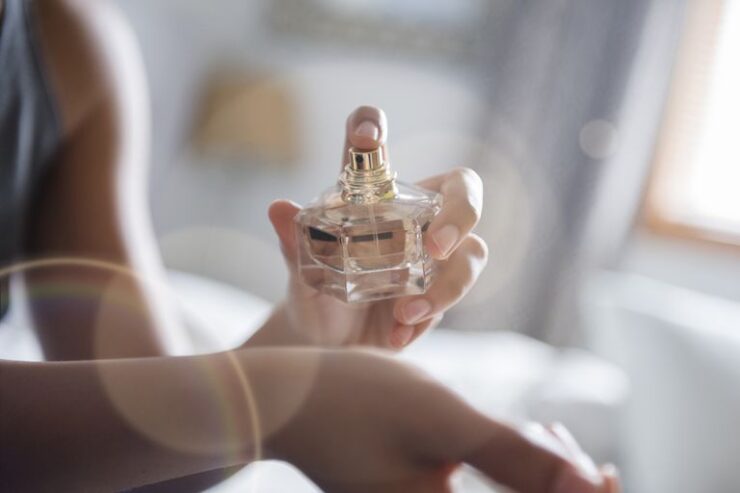 However, there first has to be an understanding that there is nothing feminine about men spending time on their appearance. Self-care and grooming should be gender-neutral territories to be embraced by everyone. However, due to the ways that men and women have been reared with various social and cultural ideas about gender, grooming has become mainly a female domain. As a result, women are expected to aspire to certain grooming practices, while men who do the same may be seen as a threat to masculinity. Upholding such ideals constrains our identities, which does a great disservice to ourselves.

There is also the other side of the sunnah of using perfume, and many who attend congregational prayers can attest to the overpowering smell of attar that emanates from the mosque. Going overboard with a scent can be displeasing to those who encounter it – even if it smells sweet. The best practice is to use it no more than twice a day: once in the morning, and if needed, again in the afternoon. Let’s recognize that people with scent sensitivities may not want to smell you before you arrive.

There is no doubt that grooming practices for men and women come with all sorts of cultural and social baggage. However, finding a happy medium between your religious identity and personal preferences is a path we must be unafraid to take. Grappling with these topics is not a threat to your religion – it can strengthen your faith through the pursuit of knowledge and developing an understanding of oneself.