Home Life The truth about being a single Muslim mother
Life

The truth about being a single Muslim mother

Misbah Akhtar, the founder of Single Muslim Mums, looks at the unique barriers faced by this minority group.

The issue of single Muslim mothers is fast becoming a prevalent one; with divorce on the rise, it seems only logical that some of these statistics would also apply to Muslim households. Why then are they not revered as they deserve to be and instead looked down upon and scorned by many communities? Is it really seen as so contagious that girls from ‘respectable’ families should stay away from these women in case they too, catch it? Why are these women made to feel humiliated and isolated from their community as if they chose this path for themselves? Being left with no option but to walk is not the same as breaking up a perfectly happy marriage for selfish reasons; only Allah knows the whole truth and what is in someone’s heart so why then do people assume?

No-one asks to be a single mother, it’s a relentless job; work 24 hours a day, 365 days a year; no pay; and no training is given. You cannot quit and are expected to play the role of both mother and father. The pressure that you face from society is massive, you feel that everyone is waiting for you to make a wrong move which, if you make, will lead to them pouncing on you saying that your child has turned out faulty because of a lack of mothering skills that you possess – which is why you are a single mum. 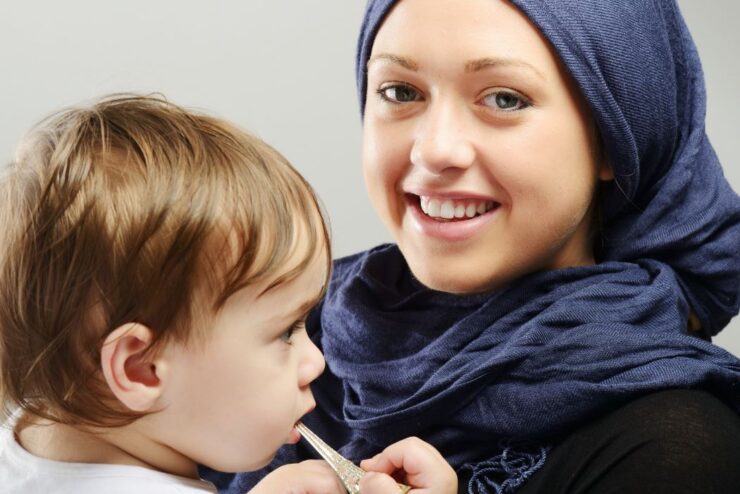 It is due to this reason that many single mothers feel isolated from their community; they are not encouraged to speak up about their struggles in an attempt to console other women, rather they are warned to keep quiet and suffer alone so as not to bring shame on their families. There is no organization in place for them where they can go to for help or just to meet other single Muslim mothers. There are organizations for revert sisters, people wanting to know about Islam, dawah giving charities for Muslims, even organizations for people suffering from drug abuse, but ironically nothing for sisters born into a Muslim household who are single mothers.

Society just assumes that if you are a single Muslim mother that your family automatically assume their responsibility and help out; that you have a babysitter for when you are forced into work and that you live at home with your parents and that your father assumes your financial burden as he is meant to in Islam. This is not always the case, some women are not allowed to live back at home with their parents, they are told to lie in the bed they made because they could have stayed with their husbands, even if it meant tolerating domestic violence and having their mental health suffer. These women are not just defined by their role as mothers; they are human beings too and people tend to forget this.

Being a single Muslim mother is so different to being a non-Muslim single mother; the latter will do anything to make sure their child fits in as they do not want their child to be singled out any further; a Muslim mother has to remain within her boundaries set by Allah at all times. There is no united front from a husband and therefore no ‘good cop, bad cop’; there is only her. Children may rebel against this and then a mother has to be both firms like a father but soft and loving like a mother; it must get confusing for a child, they may wonder why their mother is all of a sudden behaving like ‘daddy’ too. It is a father’s role to protect his family but now a mother has to adopt that role and try and provide physical safety and security; she cannot show fear in front of her children.

In Islam, a woman should not be out after dark for the sake of her own safety, but this now, cannot be helped if children need picking up from madrasah or other activities. A Muslim woman is not allowed to be alone with a non-mahram man as is clearly stated in the hadeeth narrated by al-Bukhaari (1729) and Muslim (2391) from Ibn ‘Abbaas (may Allah be pleased with him) who said: The Prophet (peace and blessings of Allah be upon him) said: “No woman should travel except with a mahram, and no man should enter upon her unless a mahram of hers is present.” If her landlord is a man and wants to come round, or a builder or plumber, etc. she has to let him in; if she has no support she won’t have a brother to be there with her.

Women are not allowed to travel alone which means no holidays for the family, the kuffar do not adopt this rule. In school, a single Muslim mother has no husband to defend her to the head teacher when she exercises her right to have her child taken out of any religious activities like Christmas assemblies and parties, etc. in the West. Muslims suffer a lot in the West and single Muslim mothers who are known to have no support can be seen as easy targets. They may have no walli to help them find a new husband and sadly not all masjids are dedicated to helping find spouses for women; besides which, single Muslim mothers are seen too often as ‘damaged goods’.

A vulnerable woman attempting to find her own husband, therefore, may be preyed upon by evil men or and may not be above the whisperings of Shaytaan. Whilst there are a lot of good brothers out there willing to accept the responsibility of a ready-made family, a lot of them honestly admit that their mothers would not be happy with this because as one brother put it “which mother would want her son to marry a divorcee when he could marry a virgin and have his own children with her?” 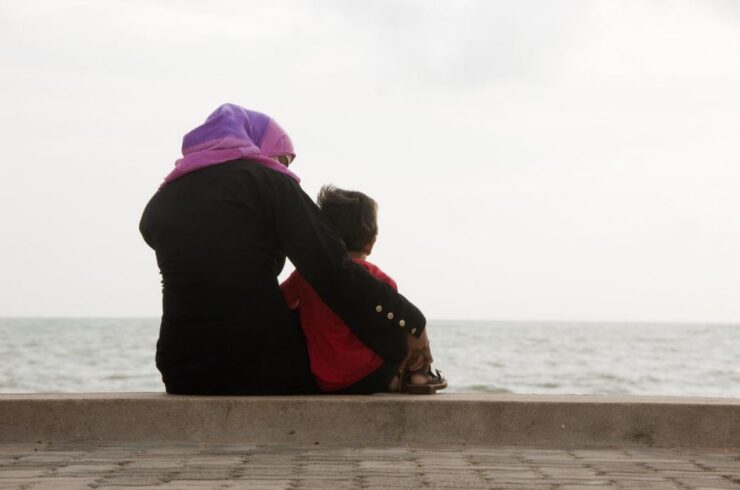 Many single mothers are lonely and in need of support; it is the Ummah’s responsibility to help them, they are still our sisters in Islam, but if everyone shirks this responsibility then who is left to help these women? They have been left alone to do the job of two people and deserve double the praise. Organizations and charities need to be introduced where help can be administered or maybe a key worker can come round and sit with the mother and offer advice. Support groups are a good start; one such group can be found on Facebook: Single Muslim Mums – a group dedicated to providing support to mothers globally who feel depressed and isolated and alone. We need your help in promoting awareness for the struggles that many single Muslim mothers face globally, let’s make a change and be the change we want to see.

Misbah Akhtar is the founder of Single Muslim Mums: an organization that aims to provide support and guidance to single Muslim mothers and promote awareness as to the struggles they face in an attempt to break the stigma attached to them. Currently comprising a Facebook page, group and WordPress site, the aim is to eventually turn the organization into a charity.

Misbah lives in London with her children and enjoys writing in her spare time. She can be contacted at [email protected]